Second Generation 2017 Mini Countryman Is Here and in Many Avatars Too! 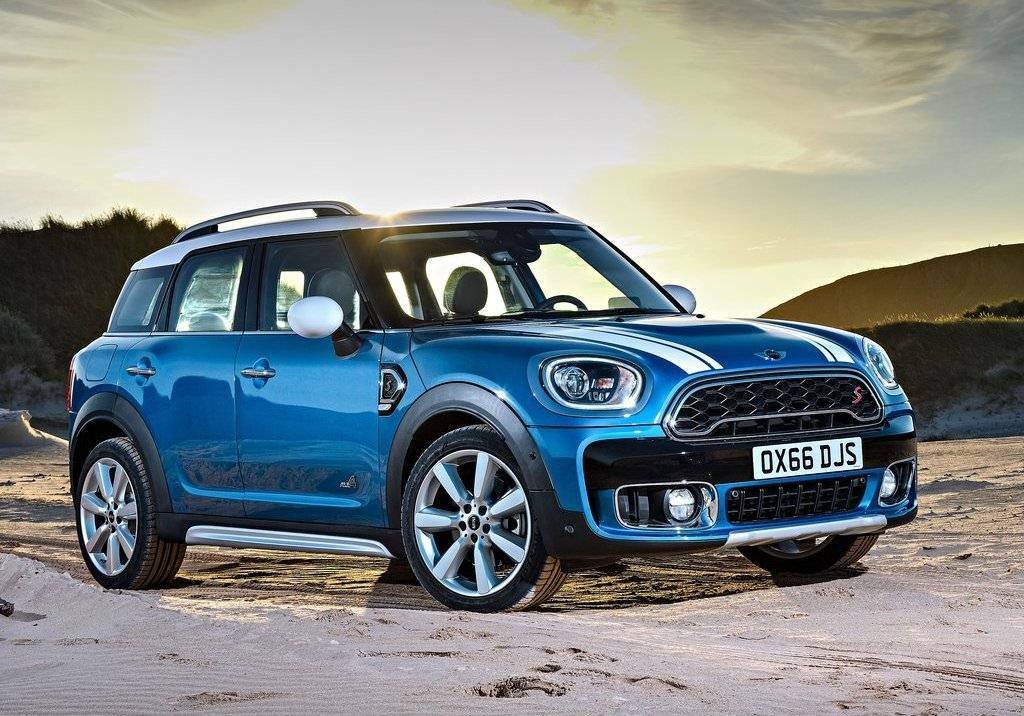 Second Generation 2017 Mini Countryman comes with a hot petrol, hot diesel and a PHEV to make sure it covers all the basis for enthusiast and fans

The BMW owned iconic car brand MINI has just unveiled the all-new 2017 Mini Countryman. And as expected, it grows even bigger than the car it replaces, leaving the name “mini’ as just, well, a name. The all new car is not just bigger but also fairly masculine. The car will have the global unveil at the LA Auto Show this November. However, MINI has revealed the car through these pictures to the world just a few weeks before it arrives in the public view for the first time. The first generation Countryman was Mini’s biggest model when it arrived in 2010. However, the 2016 Clubman took the title of the biggest Mini from the countryman last year. Now to bring back the title, this all-new 2017 Mini Countryman has overtaken the Clubman in the dimensions again. The car has grown up by 200 mm in overall length while there is a 30 mm increase in the cars width. The wheelbase also has grown up by a considerable 75 mm.

This means that the 2017 Mini Countryman now equals the size of a regular compact SUV such as the likes of an Audi Q3. Clearly all this growth everywhere has meant that the new 2017 Mini Countryman is offers a significantly increased space with five fully-fledged seats for five grown-ups. The storage space has also undergone an increase in size with luggage compartment volume now being up to 220 litres higher than the old cars 450 liter or 1309 litres with folded rear seats. The all new 2017 Mini Countryman also arrives with an electric tailgate control which offers a fairly unique option known as “Picnic Bench”. This Picnic Bench folds out of the luggage compartment and can provide seating for two more people, of course, when the car is parked, that is.

Mini has taken over most of the design elements of the old Countryman into the 2017 Mini Countryman. However, it has added a bit more edgier cues and angularity into the headlight assembly and the body creases, especially on fenders. This makes the new car look tougher and more rugged than the car it replaces. On the interior front, the new 2017 Mini Countryman seems to be sharing a lot with the other new Mini models. The large touchscreen positioned in the round component on the center console being a typical new edition to all new Mini’s.

The pricing for the car and its variants has not been declared yet. However, the crossover rides on the BMW Group’s UKL2 platform which is shared with other MINI and BMW models. This means that the new 2017 Mini Countryman will be able to have a plug-in hybrid power-train, a first for the British brand. This variant is called the MINI Cooper S E Countryman ALL4. It shares the system with the BMW 225xe and has a 134 BHP 1.5-liter three-cylinder gasoline engine driving the front wheels via a 6-speed automatic. This is mated to an 87 BHP electric motor running the rear wheels. Thus the system delivers a combined 221 BHP and 385 Nm of torque.

The plug-in hybrid drive can also have a purely electric driving mode with a top speed of 125 km/hr. MINI is claiming a fuel consumption of 48 km/l in the EU test cycle with CO2 emissions of 49g/km for this system. The plug-in hybrid variant of the car will also be able to go all-electric for a 40 kms range. The other engine options will be a pair of gasoline units, a 134 BHP 1.5-liter three-cylinder for the Cooper, and a 189 BHP 2.0-liter four in the Cooper S. The markets outside of USA will be provided with a 2.0-liter diesel option producing 148 BHP in the Cooper D, and 187 BHP in the Cooper SD.