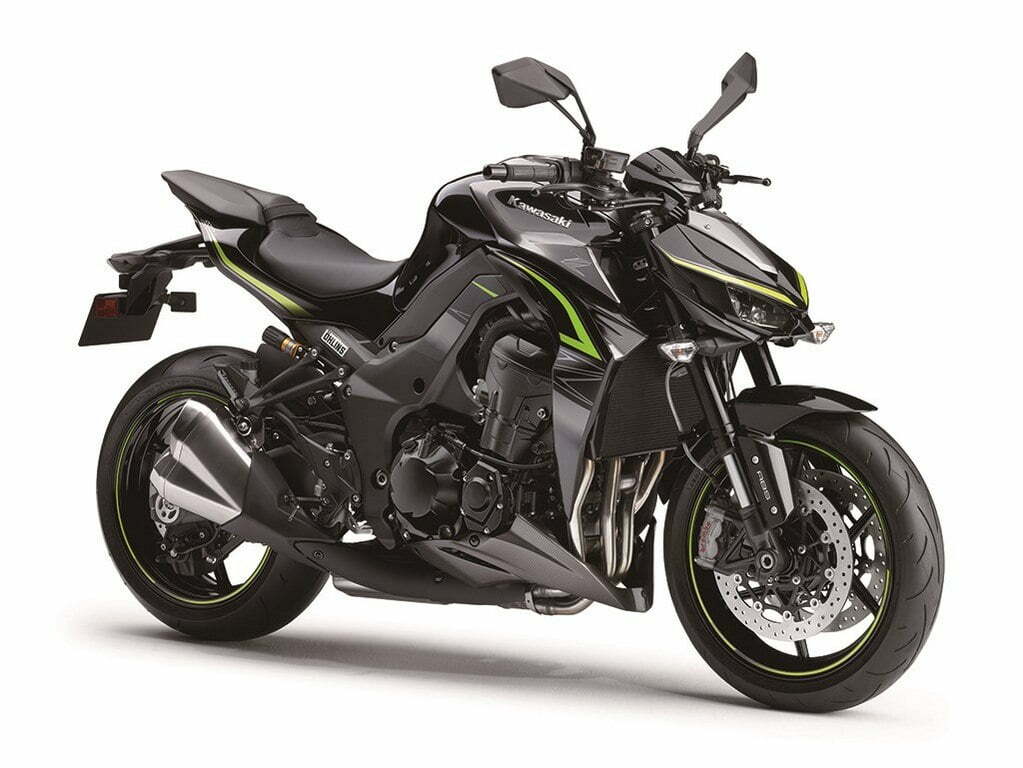 Kawasaki seems to be improving the entire range of motorcycles that it has. Apart from the 300cc Ninja, everything else has been revamped to the very core. Ninja 650 is all new, There is Z650, Z900 on its way to replace the Z800. ZX-10RR made its debut, 2017 models of the H2 and H2R have been launched in India post global launch. Today, there is another change, just weeks before EICMA begins. Z1000R edition has been unveiled in the market and it has high-end component and subtle changes mechanically and cosmetically to make sure it is a special machine. Let’s find out!

The R Edition will get Metallic Spark Black and Metallic Graphite Grey paint scheme. This will be available with a ‘special graphic package’ too. The seat material is embossed with the Z logo as always is part of the detailing. The overall design remains the same. LED lights at the front and rear with a monster face makes it stand out and can be see on younger rivals revealed at Intermot. Metallic Spark Black and Golden Blazed Green as well as Candy Burnt Orange and Flat Ebony are other colors to choose from.

The bike which has an R badge on it means it gets the shiny golden color suspension. An Öhlins S46DR1S fully-adjustable shock, with remote preload adjuster can be seen here. Most of the hardware is unchanged at the front. However, Kawasaki say they have made sure that there is an evised settings at the front to make sure it matches the rear Öhlins’ in action, which should mostly damping and spring rates.

Prices will be unveiled on November 20 in the UK market. We expect it to come to India in limited numbers and ask Rs. 1 lakh more and be priced around 13.5 Lakhs.

Engine continues to be the same as before. Motor produces 142 PS and 111 Nm of torque. The 4-valve DOHC engine is known for its short gearing, intake howl and an exhaust that is also different from previous Kawasaki’s. The Z1000 engine is already improved than before, this time, ECU settings are revised to deliver a smoother power curve.

ABS will be standard on this motorcycle. There is still no riding modes or traction control present on the bike. Z1000R gets the addition of a digital gear position indicator, missing on the bike.There is also an adjustable shift-light that illuminates the rev counter display as the preset rpm limit is reached.

Second Generation 2017 Mini Countryman Is Here and in Many Avatars Too!