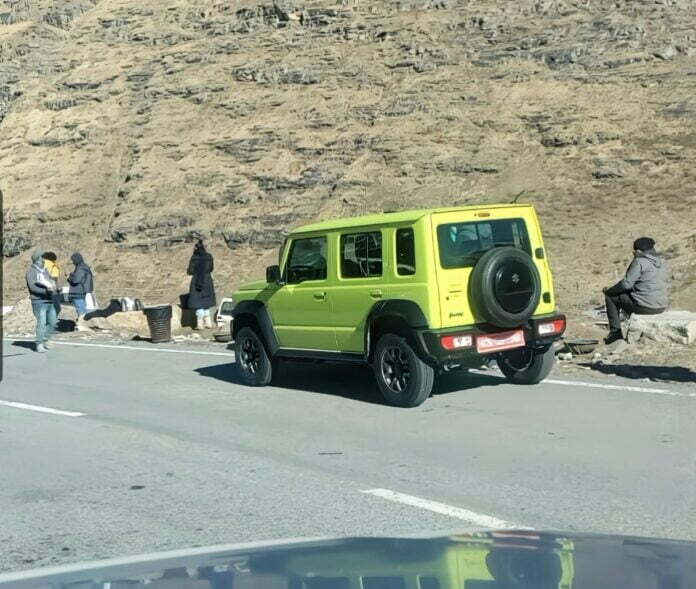 The Suzuki Jimny is coming to India in the five-door guise and we finally have our first look at the upcoming model thanks to the latest spy shots. The undisguised test mule was recently seen and the model appears to be production-spec. Globally, the Jimny is available as a three-door but India will be the first market to get the five-door version that will be exported as well.

The test mule reveals that the five-door version will look identical to the three-door Jimny Sierra. So expect a similar grille, round headlamps and taillights with the exception of a longer wheelbase and an extra set of doors. There’s plenty of black cladding for a rugged look.

Leaked documents previously revealed that the Suzuki Jimny 5-door measures 3,850mm in length, 1645mm in width and 1730mm in height. The extended wheelbase stands at 2550mm, 300mm longer than the 3-door model. Overall length has also gone up by 300mm. It’s also expected to be heavier at 1190kg, 100 kg heavier. The ground clearance is likely to be 210mm. 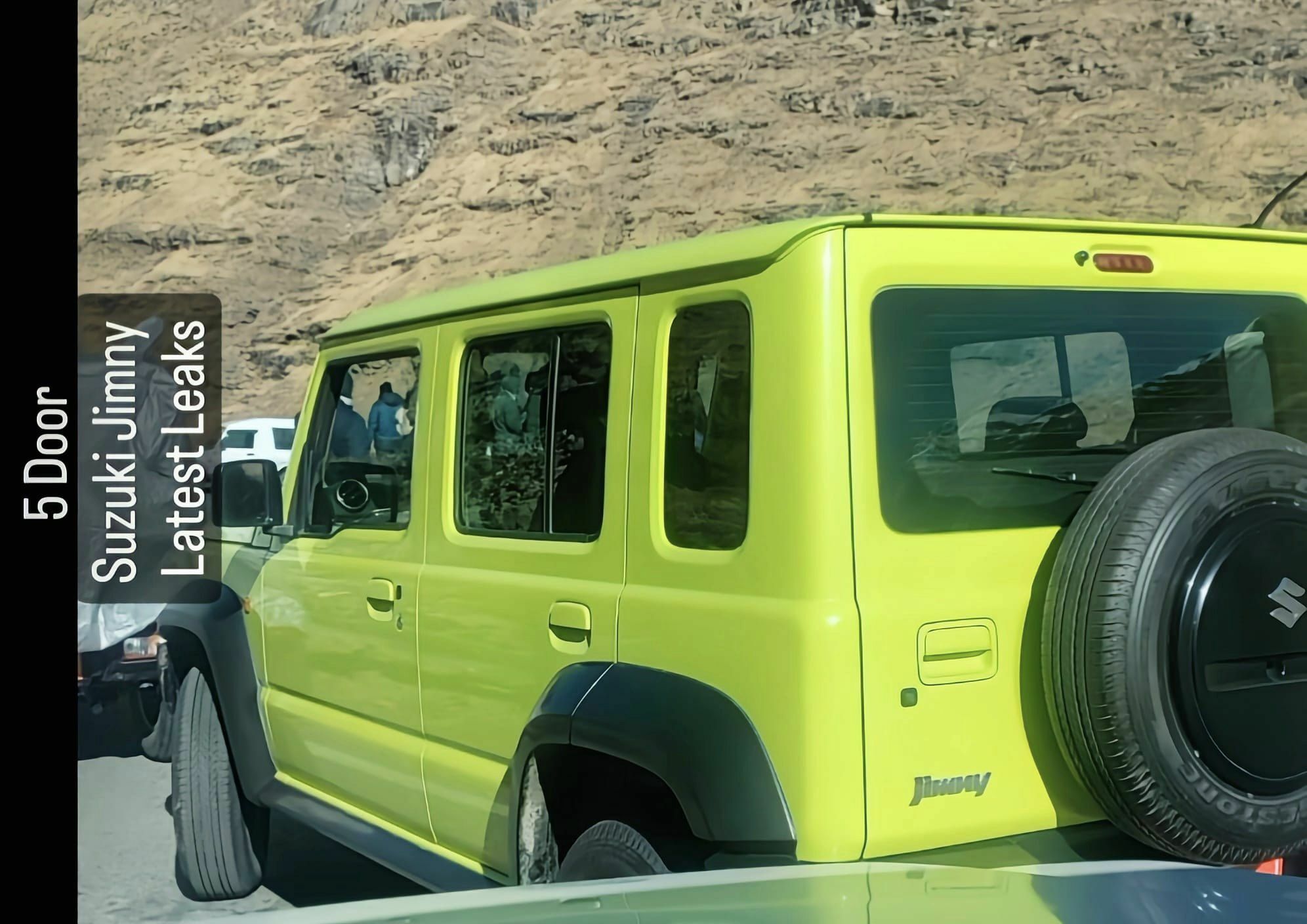 The five-door Jimny is expected to get the 1.5-litre K-Series petrol engine with 105PS and 130Nm of peak torque and will come with mild-hybrid technology. Expect transmission choices to include a 5-speed manual and an automatic. The model will also come with 4WD AllGrip Pro system with a manual transfer box.

The Suzuki Jimny five-door will debut at the Auto Expo 2023 next month. The company has announced its plans to showcase two SUVs and one Electric concept. More details on the launch will be available then.