Tata C-Cube Concept shows what to expect from TAMO 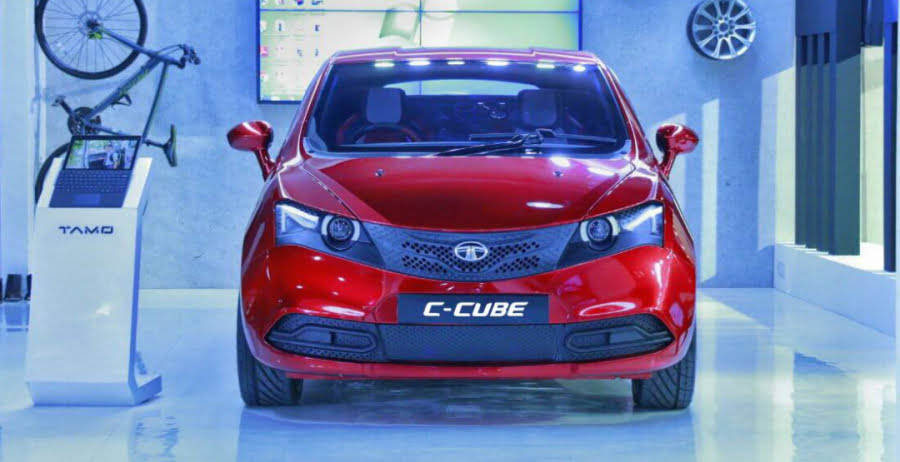 Tata Motors seems to have pushed in the throttle with the unveiling of its latest sub-brand TAMO. After just a few days of going official with its performance brand TAMO, Tata has showcased a hatchback concept from Tamo by the name, Tata C-Cube concept at the Future Decoded 2017 event by Microsoft India. The Tata C-Cube concept participated in the “product Transformation’ theme at the event.

With the Tata C-Cube concept, the homegrown automaker is displaying its developments in the field of advanced structural technology. This study, as per the company, will enable in bringing breakthrough products in coming years from the TAMO brand. Tata is set to unveil the first ever product form TAMO at the 2017 Geneva Show, and had recently announced it new strategic partnership with Microsoft to develop advanced connected features and the digital ecosystem for future products. 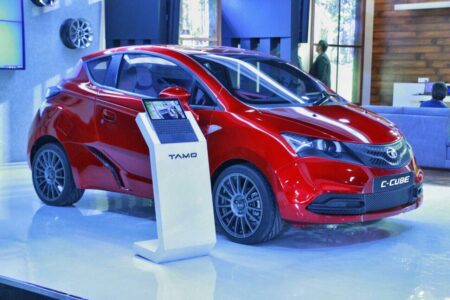 The Tata C-Cube concept hatchback is clearly designed to be a city runabout. It is characterized by a cab forward design with a sort bonnet combined with a long swooping design to the windscreen. There is a prominent mesh grill at the front of the concept that reminds of the Hexa and the Tiago. The concept also gets neat angular projector lights up front integrated with LED running lamps. The muscular looking hatchback concept gets a prominent shoulder line while air dams can be seen at the lower rear fender. The wheels are O.Z. alloys.

Tata Motors have not shared any more details of the Tata C-Cube concept. However, it would be safe to assume the clarity will start arriving as we inch closer to the Geneva Motor Show set for March 7th tart. As we all know, the Tamo Futuro Sportscar Concept will be unveiled then as well.