Tata Group Once Again Plays A Game Skirmish Against Jeep! Hexa Calls In Compass For Comparison On Paper 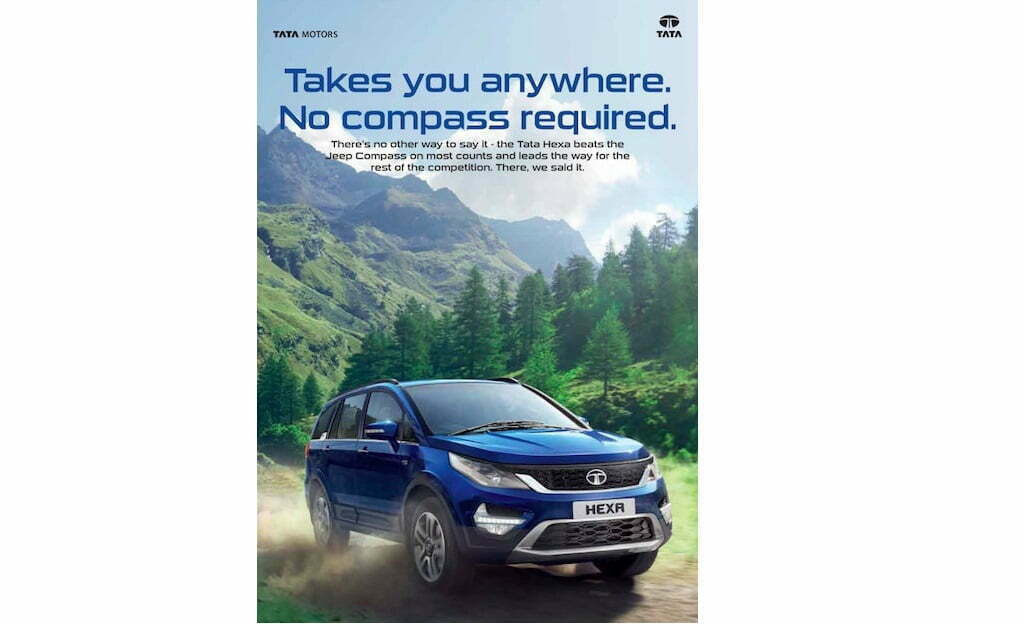 Hexa Calls In Compass For Comparison On Paper as Tata Group Once Again Plays A Game Skirmish Against Jeep! The first time was when JLR had a quip while welcoming Jeep brand into India

The made in India Jeep Compass was launched at a star studded event at Film city in Mumbai earlier this week. The recently launched Jeep has been launched at a highly affordable price which starts from INR. 14.91 lakhs for the base variant going up to INR. 20.65 lakhs for the top end trim.

The pricing is the main factor which will steal the customers away from other SUVs in its class which is what these company’s are now scared of. Tata Motors have claimed that the Hexa has a bigger engine, and is offered in a diesel automatic and generates more power than the Jeep Compass. 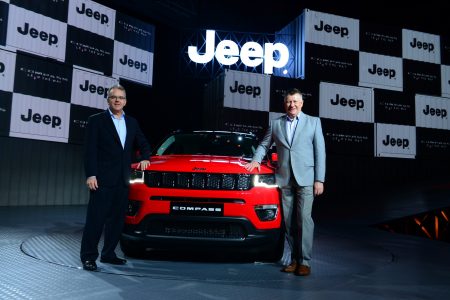 Tata Hexa is still comparatively a new product in India as it was launched in January 2017, and has managed to create a premium SUV maker for Tata Motors. The Hexa is available only with a 2.2-litre Varicor diesel engine option and the price range starts from Rs. 10.95 up to 16. 13 lakhs. the Hexa currently does not have a petrol engine option in its line up whereas the Jeep Compass gets a 2.0 litre Multijet diesel engine as well as 1.4-litre Multiair petrol.

Tata Hexa is not the only rival of the Jeep Compass in the Indian market another one positioned in the battle is the Mahindra XUV 500 which is priced in the range of INR. 12.19 – 17.07 lakhs (ex-showroom) and gets a 2.2-litre mHAWK engine. The XUV 500 and the Tata Hexa have their base variants priced a lot lower than the Compass and hence aren’t direct competitors but the price overlap will make some consumers think twice between these three SUVs. 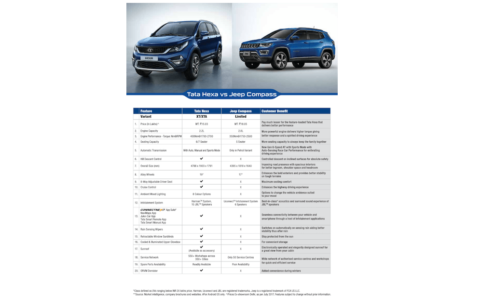 While Tata Motors have the better offering on paper with points like Hexa’s size, features and third row seating to defend off its latest rival, Jeeps remarkable brand image of being a premium name globally will be a cause of worry for these Indian brands. Jeep is already reporting 5,000+ bookings for the compass. Let’s wait what Jeep has to say this time in return!