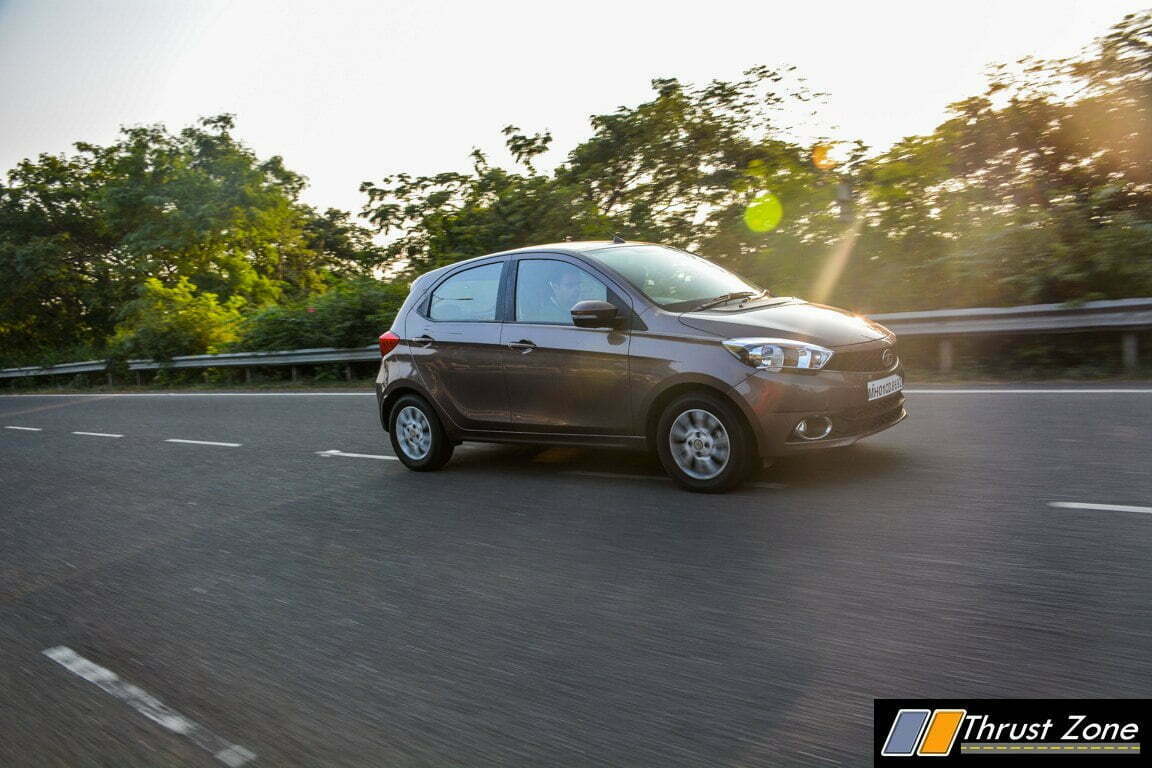 Tata Motor’s passenger vehicle business has finally tasted success after launching new products one after the other post 2014. This time, as we all know it comes with its newly launched compact hatchback, the Tiago. Tata Tiago has now managed to reach the top 10 selling cars in November 2016.

Tata Motors managed to sell 6,008 units of Tiago in November and occupied exactly, the 10th position among the top most selling cars during the month. Based on IMPACT design language, along with it offers new improved interiors, efficient and powerful engines, Tiago is now the ideal choice in the entry-level hatchback category. Tiago managed to give 47% of the total passenger vehicles sales of Tata Motors. The company ended up selling 12,736 passenger vehicles in November, out of which 6,008 were Tiago. Good times lies ahead of Tata who are set to launch the Hexa in the premium space and already has a good amount of bookings for the same. Sales will go higher as the most awaited compact sedan Kite 5, which is set to be priced better as it falls below the sub four meter segment. 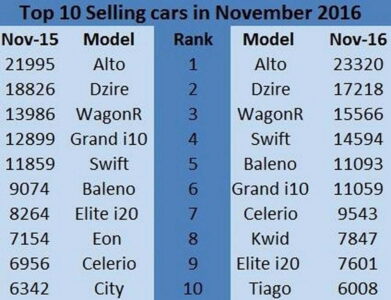 Surprises continue this time around and it is none other Maruti this time. The Baleno climbed to the fifth position for the first time pushing down the car which is not even its competitor, but falls in the segment below. Yes, Maruti has overtaken the Hyundai Grand i10 and pushed it into the sixth position. Maruti is the brand which can extract sales from the premium segment, this is what it looks from here and there is no doubting looking at the future and past of the Indo-Japanese brand. Maruti Suzuki sold 11,093 units of Baleno in November 2016, as compared to 9,074 units in the November 2015. Hyundai Grand i10 sold 11,059 units in November this year, as compared to 12,899 units in November 2015.

Hyundai has had a minor set back when it comes to sales of Elite i20 this November. The sales slipped by two ranks and that is from ninth rank from the seventh position. Elite i20 managed to sell 7,601 units in November 2016, as compared to 8,264 units in the same November 2015. Renault on the other hand manages to sell Kwid despite slight setback. The car has managed to maintain the eighth slot for two consecutive months.

The top five slots were occupied by Maruti Suzuki. The models as before continue to make large numbers. Models include Alto, Dzire, Wagon R, Swift and Baleno which sold 23,320 units, 17,218 units, 15,566 units, 14,594 units and 11,093 units, respectively. Maruti Suzuki Celerio which hasn’t created sales on fire even with the diesel model onboard has been able to maintain the sales momentum some how. Celerio clocked 9,543 units in November this year, as compared to 6,956 units in November 2015. All of this means Celerio gained of two ranks when compared to the same month last year.