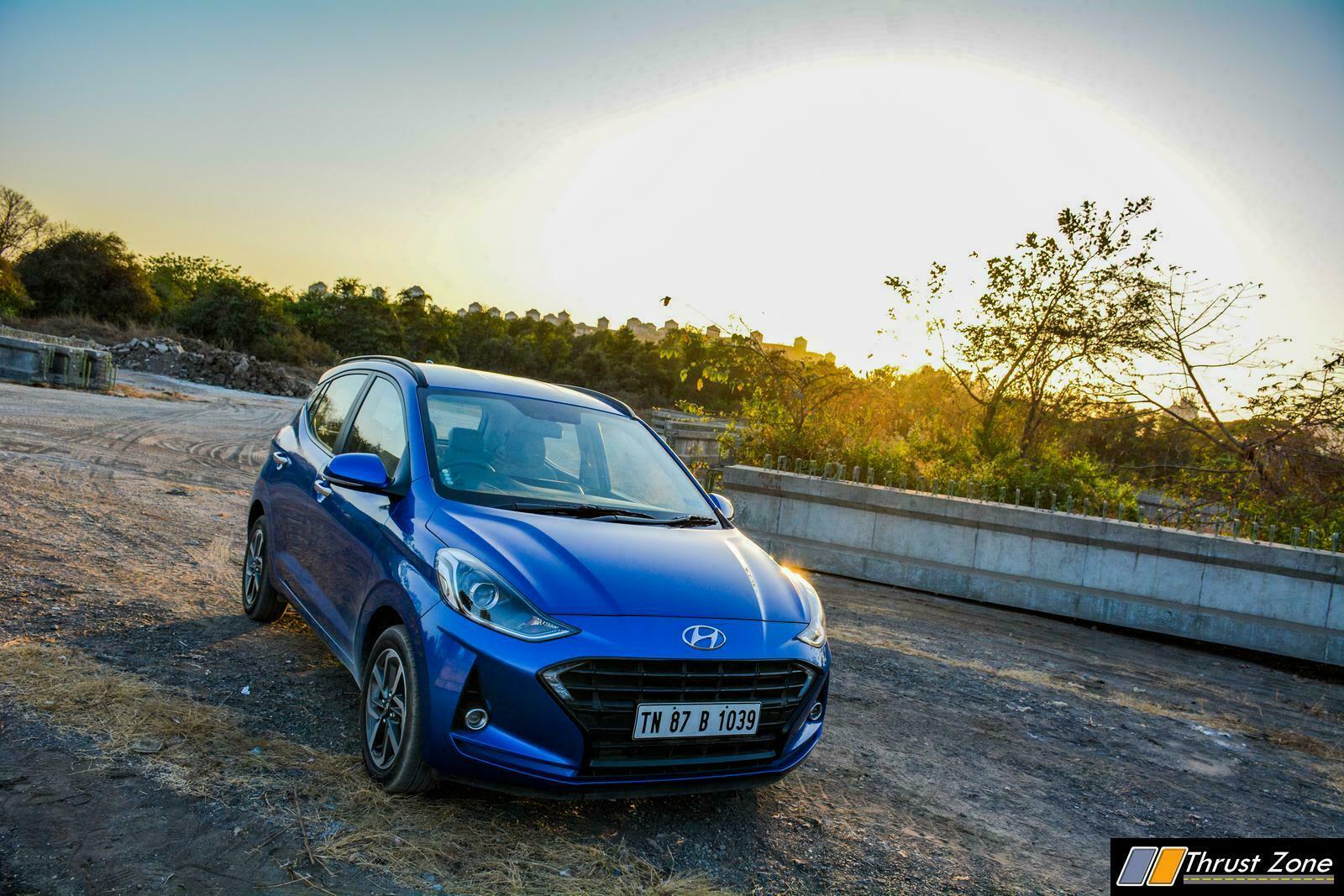 Hyundai Grand i10 NIOS is a handsomely designed hatchback with loads of features and equipment. It also comes with a set of powerful yet fuel-efficient engines. We take a long, hard look at the diesel manual version of this baby Hyundai and tell you what is likeable and not-so-likeable about this car as we have spent the period from March to August 2020 and clocked as many 3500 km on it which was the critical pandemic led lockdown. 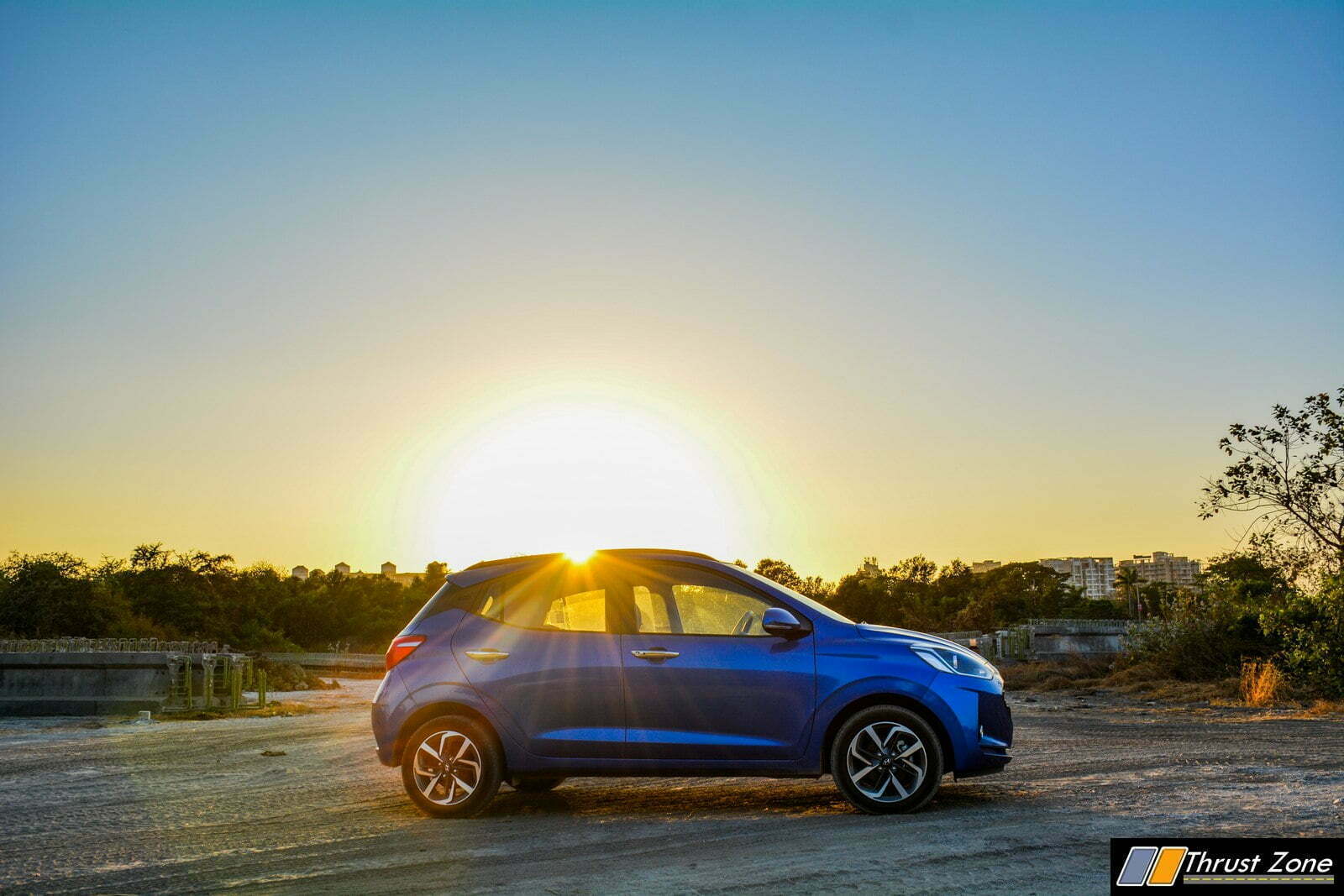 Design: Grand i10 NIOS is a looker and there is no doubt about it. Large cascading black grill with boomerang LED DRLs to give the NIOS a solid character. Projector headlamps, 15-inch diamond-cut alloy wheels, and blacked-out pillars are some of the other design highlights on NIOS. Overall, the styling is very European and you can easily spot NIOS even in a herd of cars thanks to unique colour palette on offer this time around such as this blue and the popular with the public, is the olive green as well. 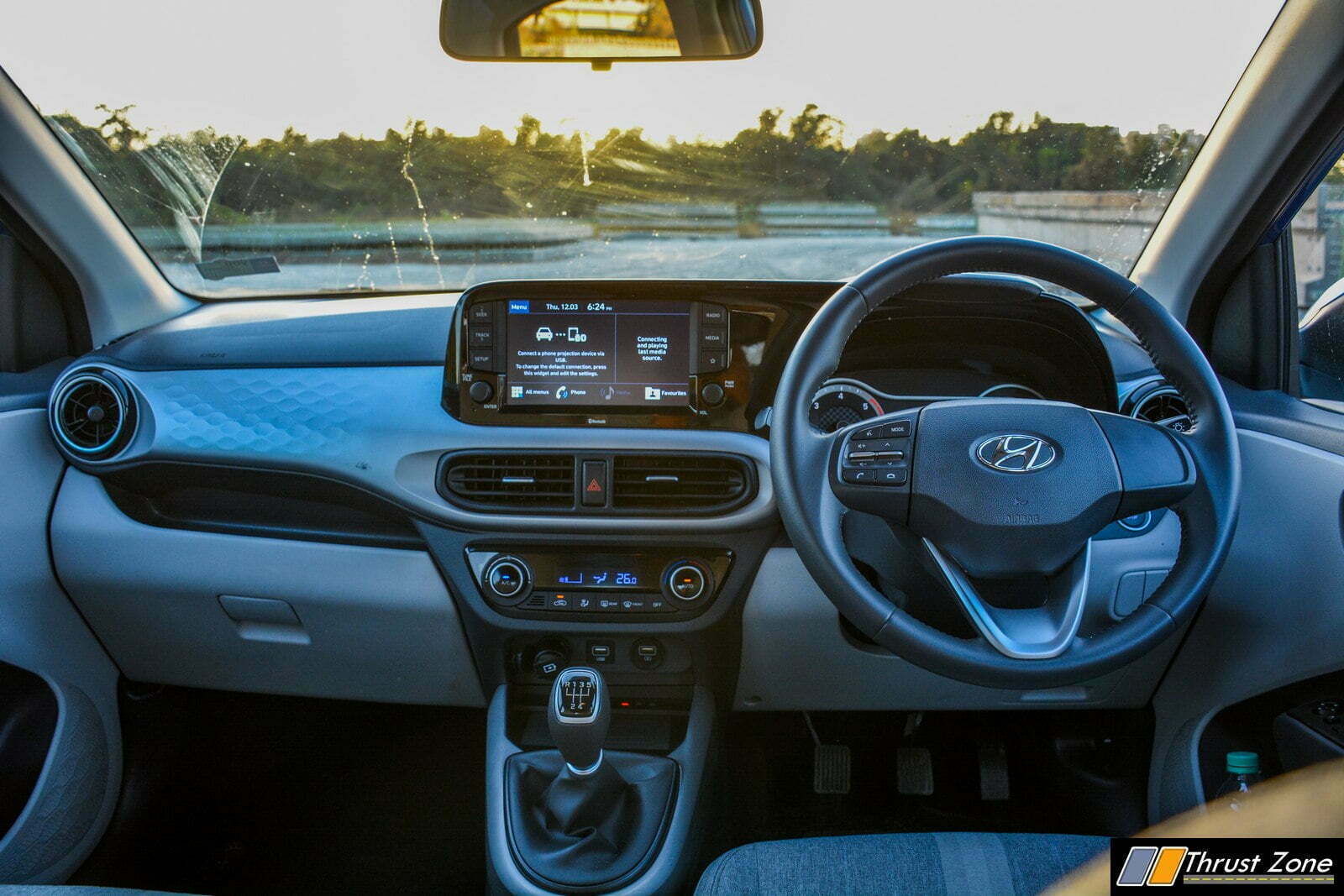 Cabin and Interiors: The Cabin of Hyundai Grand i10 NIOS feels very upmarket and posh. The quality of the material is top-notch and it is impossible to find any uneven panel gaps. The black and grey dual-tone scheme looks fabulous and what further aids NIOS’s credentials is the large space it offers to occupants. Its elongated footprints help to liberate more legroom, headroom, and knee room though, despite the bigger size, it maintains its city-friendly, easy manoeuvrability nature. 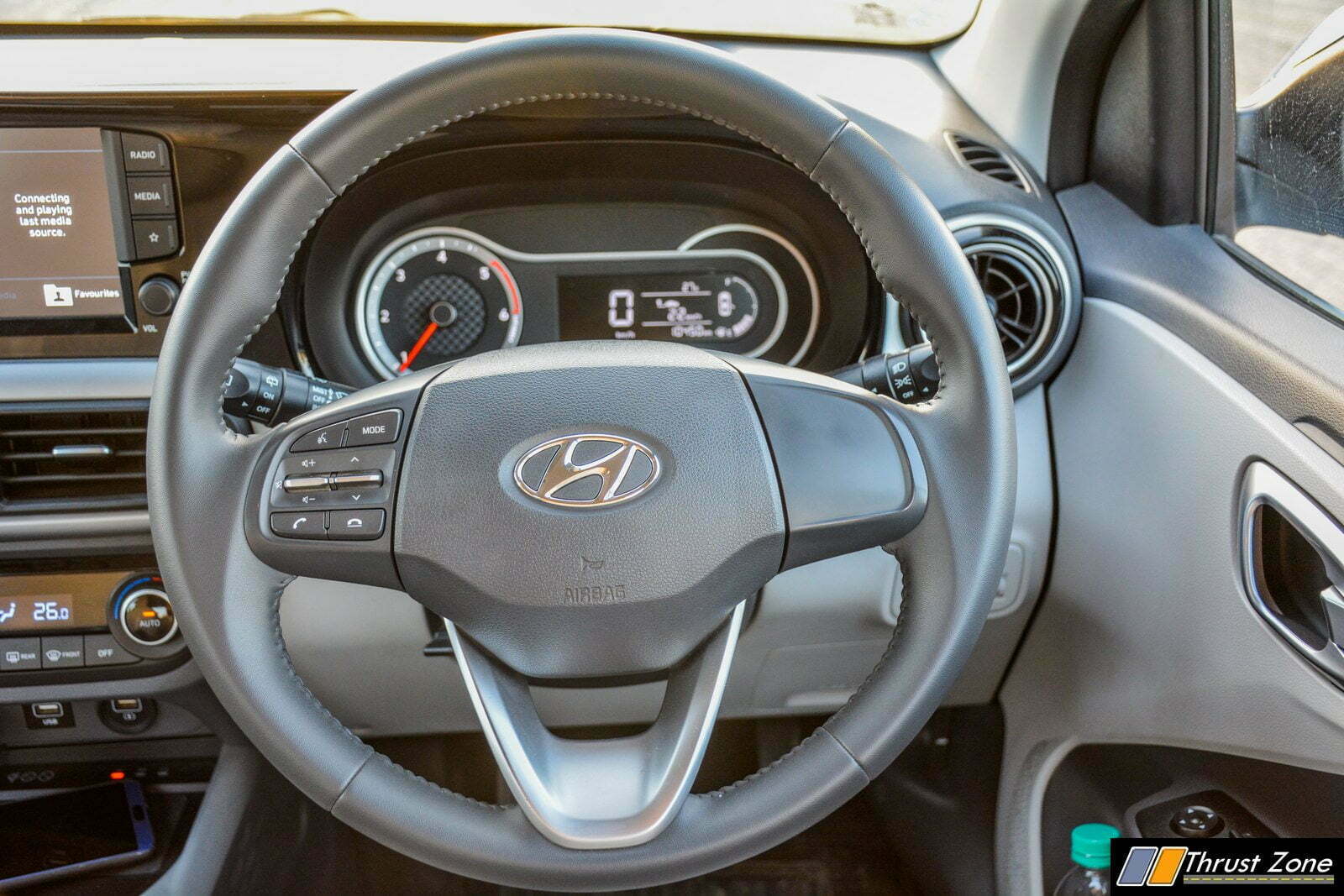 Features and equipment: The list of features and equipment on the top Asta version of Grand i10 NIOS include an 8-inch touch screen infotainment system with both Apple CarPlay and Android Auto, automatic climate control, rear AC vents, wireless charging system, Arkamys sound system, and push-button start-stop. All of which works well and the sound system is good, not great considering competition. However, the bar has been raised dramatically over the past in this segment of cars for sure. In terms of safety, the car comes equipped with dual front airbags, ABS with EBD, seat belt pretensioners, and rear parking sensors. 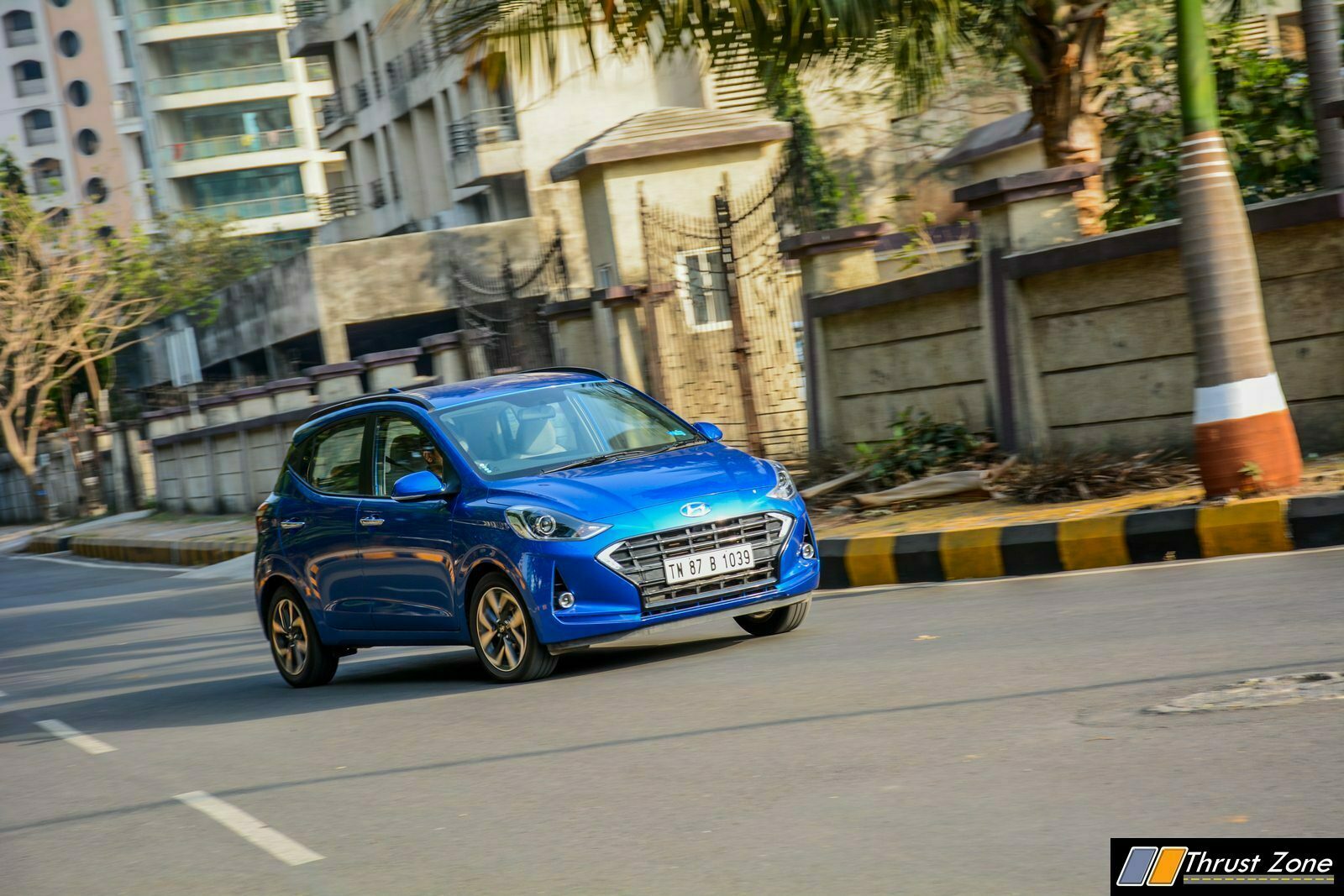 Diesel Engine: Hyundai Grand i10 NIOS diesel is powered by a BS6 compliant 1.2-liter motor capable of putting out 75PS and 190Nm. The transmission options include both 5-speed manual which is smooth and the clutch is light the moment you fire it be with cold or hot oil, it always works effortlessly. The engine is nicely suited to Indian driving conditions and although there is some lag below 2000 rpm, the power delivery from there on is linear. The fuel efficiency figures are also commendable as Hyundai Grand i10 NIOS Diesel returned a mileage of around 22 kmpl and 15.3 kmpl on highway and in the city respectively in our testing. 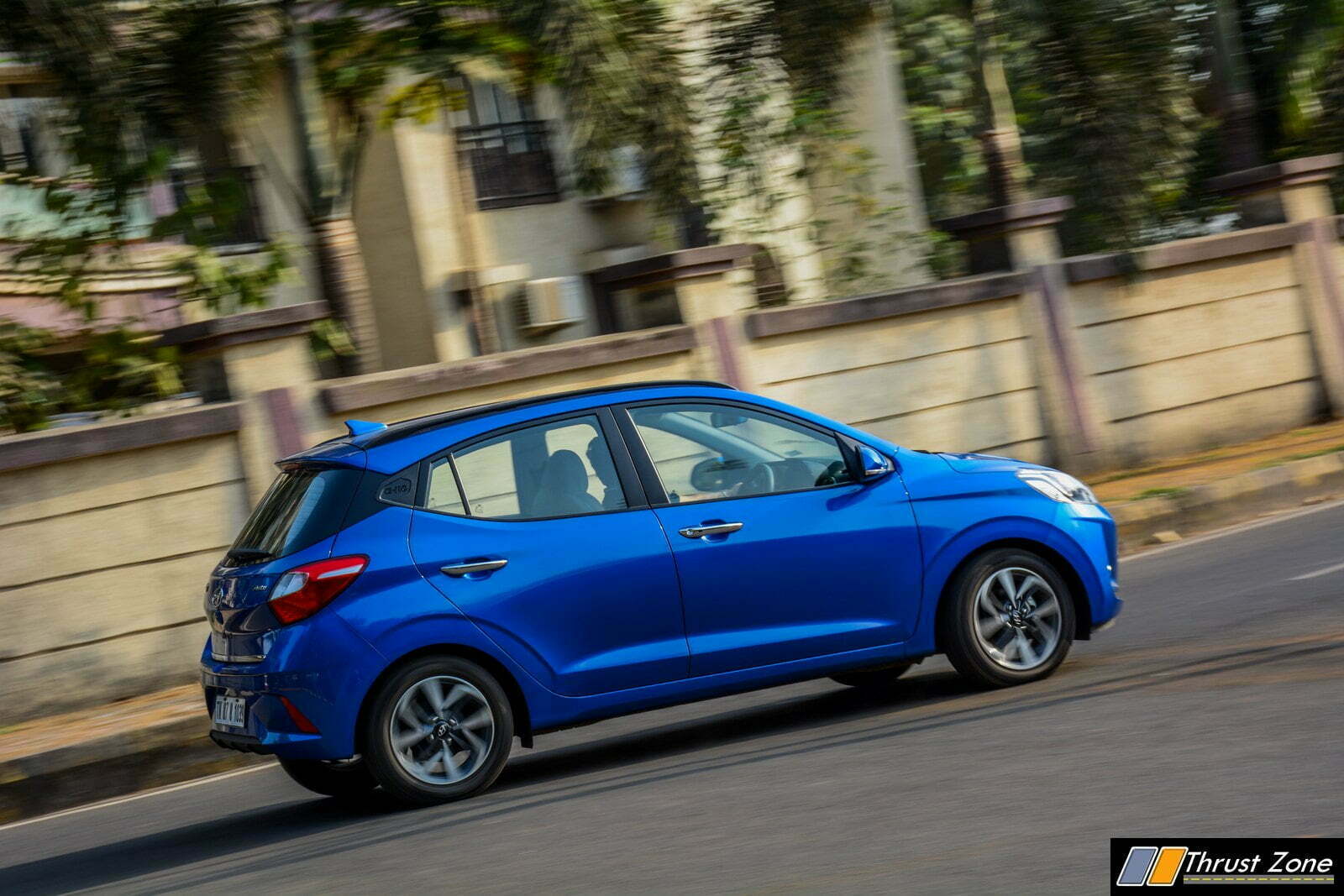 Ride and Handling: In terms of driving dynamics, NIOS is quite a sorted car, but not entirely. The steering is light and the overall sound insulation of the cabin is good. Low-speed ride is settled and a large amount of torque right from the bottom end makes things convenient in the city. It’s also important to note that despite good space inside the cabin the car continues to retain its compact footprints – a boon considering the heavy congestion that we have on our roads. Also, knowing the A/C has ECO coating we were quite assured that the virus and bacteria don’t get in the cabin that easily despite recirculation was on as always. 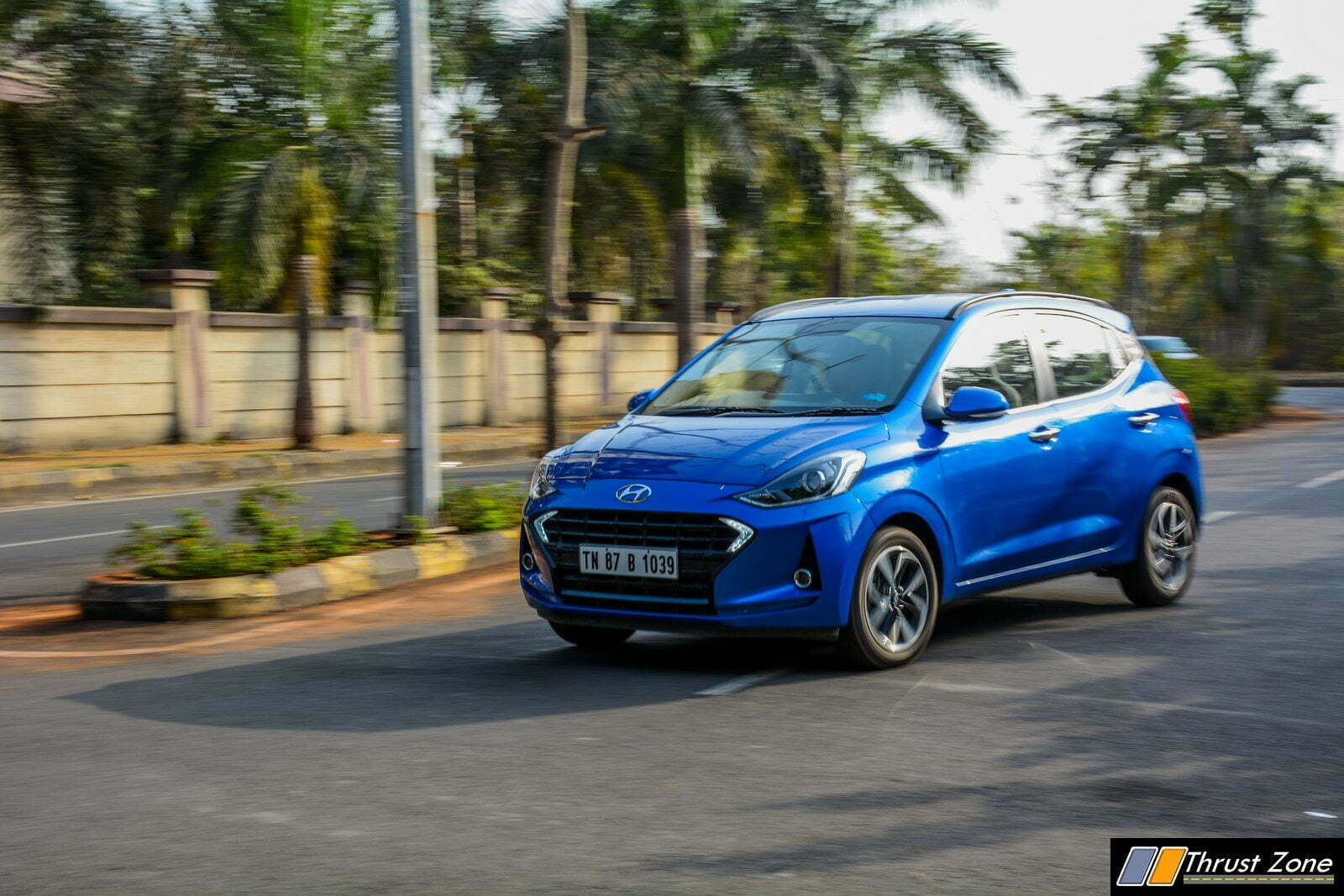 Not-so-likable Bits
One of the shortcomings that we found on Grand i10 NIOS is its average driving dynamics on highways. The feel from the steering is vague and although there is no issue of getting on with the three-digit speed, the car doesn’t inspire confidence when you are going fast. We also feel that the damping characteristics of the rear suspension could have been better for offering a cushier ride to occupants.

Another shortcoming is the absence of AMT version in the top ASTA variant of NIOS. You can buy AMT only in the Sportz variant which means losing on top-end features such as push-button start-stop system, leather steering wheel, chrome door handles, and rear wiper. 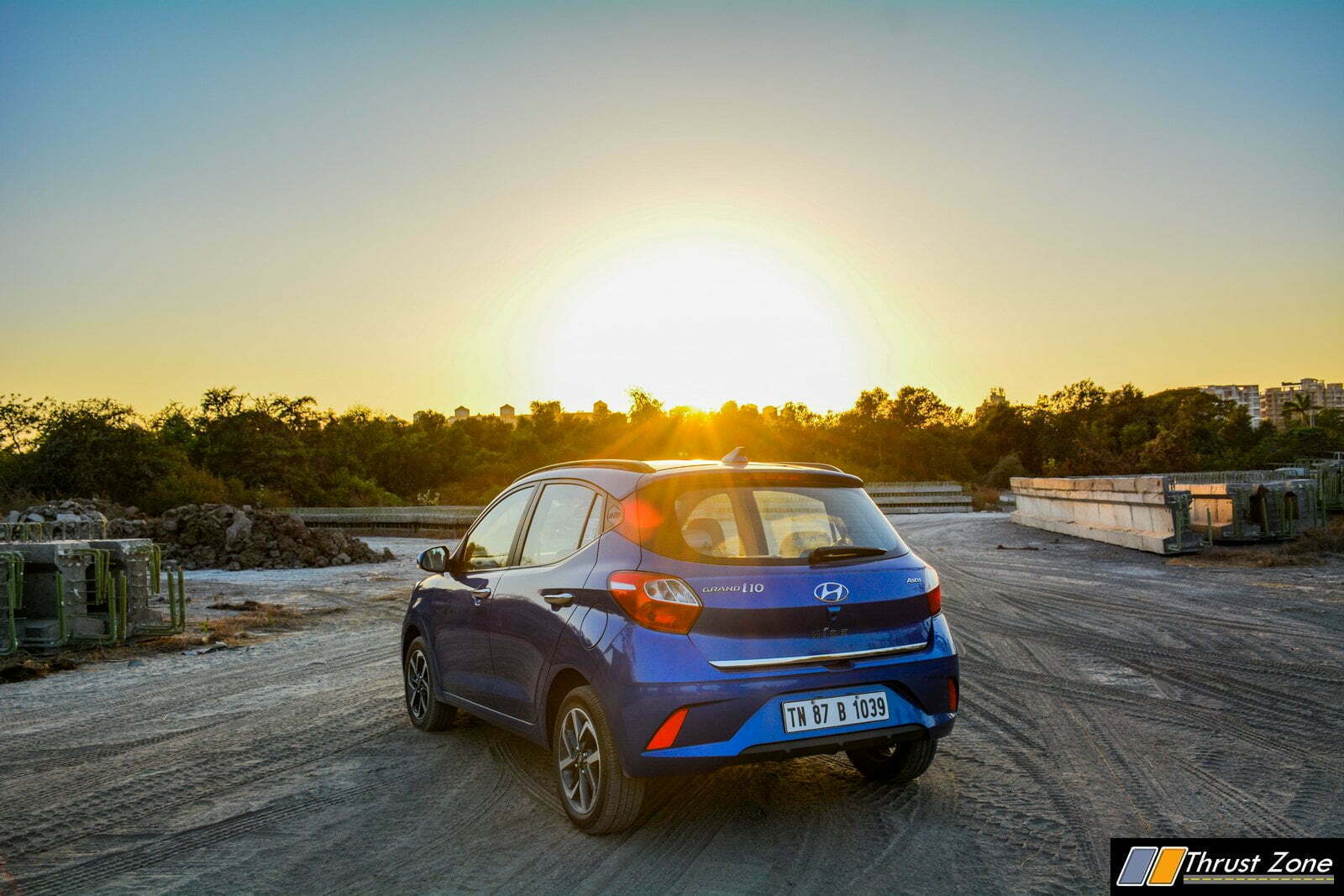 In sum, Hyundai Grand i10 NIOS offers a decent city-friendly driving experience. It features high on the quality and its European styling certainly makes it one of the best-looking hatchbacks in the country. It might not be considered as the best option to drive on the highway and the absence of the automatic on the top version could also deter some buyers. However, there are enough positives that can easily outweigh these two niggles to help you decide in favour of buying this Hyundai. Clearly, this baby Hyundai is the Better Guy of the lot in this segment.