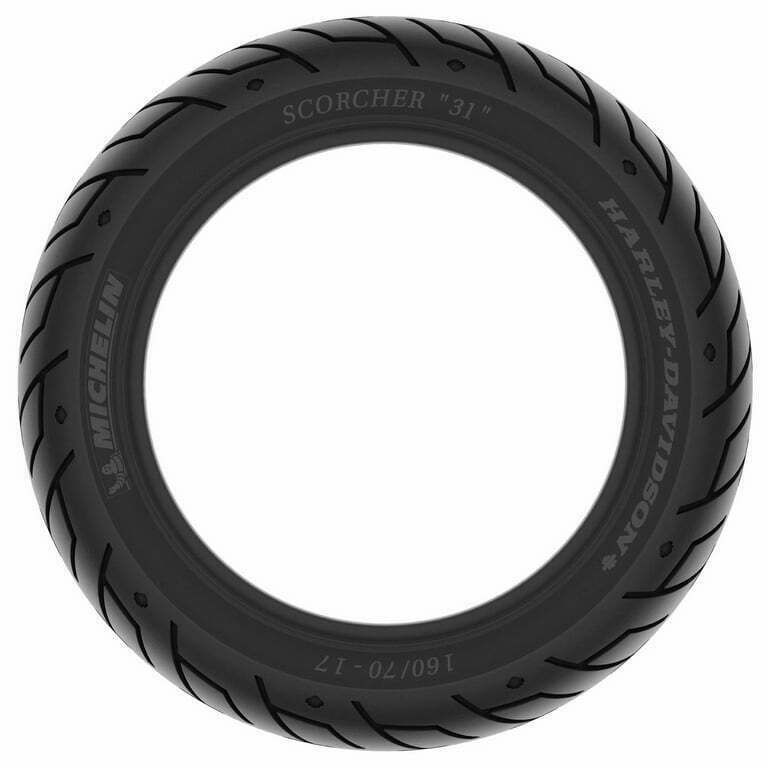 The MICHELIN Scorcher 31 tread pattern was purposely designed to improve road holding and facilitate the clearance of water. Its has a compound that helps incorporates Michelin’s latest generation synthetic polymers which helps generates excellent grip, particularly on damp surfaces. In the bigger sizes, the use of aramid fibres guarantees robustness without increasing weight.

The ingredients used for the compound and the specific manufacturing process for this tyre combine to make it durable, while at the same time offering agile handling and remarkable stability, even at high speed. These tyres come with the special Amplified Density Technology (ADT) which has a rigid, high density carcass for enhanced agility and feedback, plus effective protection against punctures. 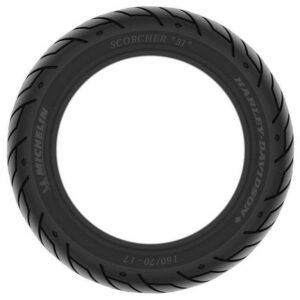 MICHELIN Scorcher 31 was The first radial tyre intended for the Harley-Davidson Sportster SuperLow®, XR® 1200, V-Rod® Muscle® and Night Rod® Special models was the MICHELIN Scorcher 11 tyre which drew its inspiration from the firm’s Hypersport ranges. The Michelin semi-slick tread maximises the contact patch with the ground, and aramid tread plies reduce weight while resisting centrifugal growth. The profile ensures responsive performance and stability at high speed. Its compound features MICHELIN SRT (Silica Rain Technology) which delivers optimum grip on damp or wet roads, as well as longer life. The availability for for the six Michelin Scorcher range tyres are available across the country at all Michelin authorized dealers in addition to the Harley Davidson network in India.