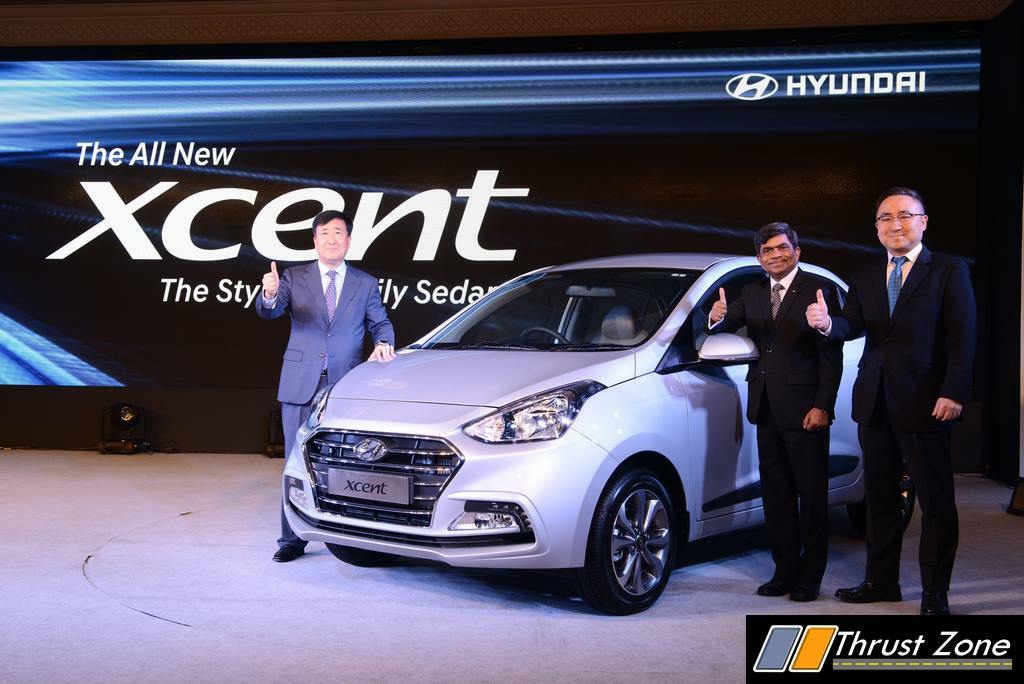 2017 Hyundai Xcent Facelift highlight will be the new 1.2 diesel motor which will make more power and interior will get new features as well

Hyundai in India is making sure that the brand continues to offer its customer updated products in the market with new refreshed and all new products at the same time. The lower end of the market is critical for the manufacturer and after giving great products such as the Xcent and Grand i10, it is now time to update them to make sure they stay valid in a very heated segment where the competition is intense. We have all the details and numbers you need to know as the car has just been launched.

The Xcent has massive changes to the design at the front and rear. This includes new headlamps, tail-lamps, bumpers, slight changes to the side profile, new alloy wheels and new paint schemes to make it look better and refreshed will be offered. The car will continue to be a sub four meter unit.

We see a new 7-inch touchscreen, Apple Car Play and Android Auto along with 1GB of data storage offered. Steering mounted controls, automatic climate control and other features will make it to the car. Expect same high quality cabin which will have refreshed instrument cluster to make things better. Space on the inside will stay the same most likely and so will be the boot space. The car is said to be getting less features and loses many features on base trims. Mostly, this is being done to cater the fleet market. Radio with DRM Compatibility, Smart Phone Holder with charging port and a rear Power Outlet, a battery Saver and a Gear Shift Indicator for better fuel efficiency.

Launched in April 2017, the price list is as below. 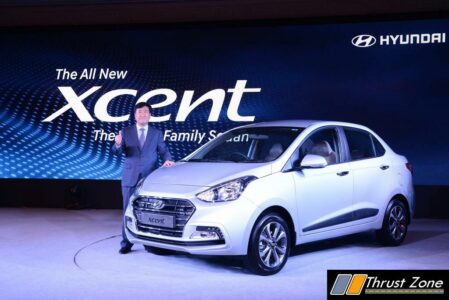 The petrol engine continues to be the same with minor changes to make more peppier and efficient and will makes the same 83 PS and 115 Nm of torque. Diesel is the new 1.2 litre unit and will continue to be 3-cylinder motor that will make 75 PS of power and 190 Nm of torque. Hyundai has introduced an automatic with the new Xcent as well which is paired to the 1.2 litre petrol motor. The petrol delivers a lot more mileage which stands at 20.14 km/l and automatic makes 17.6 km/l. THe diesel now delivers 25.4 km/l.

Dual airbags will be standard on this car. ABS is a miss and is available on higher trims and not base. We expect to see four airbags on the top-end variant as well.