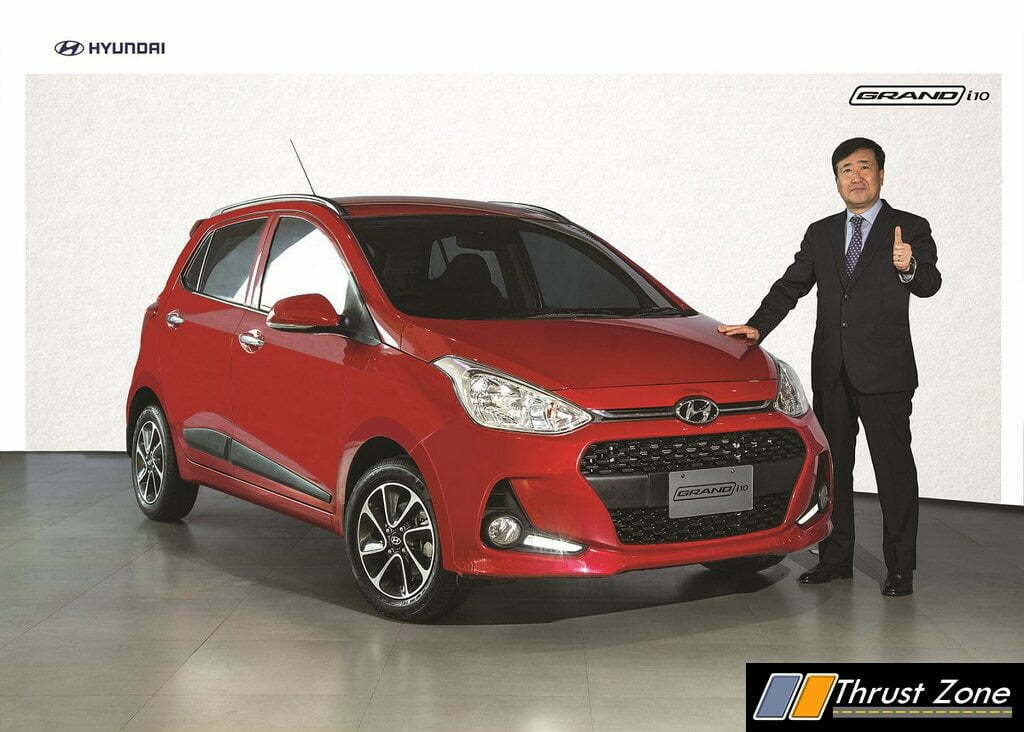 Hyundai has set a benchmark with the new Grand i10 which came in the market couple of years back. The car took some time to take on the likes of the mighty Maruti Suzuki Swift and it did. The car was a success as days passed by and is one of the few cars that Hyundai sell in 5-digit numbers. Hyundai doesn’t want to stop there and hence it has rolled out variants, readjusting equipment list and launch limited editions as well. Now though it is time that they make sure there is a bigger impact. Facelift seen here has subtle amount of changes to make it look impressive.

Engine wise, we see the same 1.2l petrol engine as before. The engine churns out 82 PS and 114 Nm of torque from its 4-cylinder engine. Fuel economy is rated at 19.77 km/l for the petrol variant. The diesel unit is the new 1.2 litre 3-cylinder unit which make 75 PS of power and 194 Nm of torque which is now segment best. Diesel mileage number now stands at 24.4 km/l and 17.49 KM/l for (AT). LPG and CNG option will continue with the car and we will continue to get automatic option as well with couple of variants.

Measuring around the 3.8 meter mark, the car will get a new front fascia. The new bonnet, head lamps will be tweaked and will make the car look fresher. New fog lamps in grille is an unique addition. Bumper has new Elantra like grill near the fog lamp area which is an aerodynamic feature. At the rear we see a new large chunky bumper. Tail-lamp has a slight amount change to the boot lid as well. The C-Pillar can be new with this car as well. Overall, the car will look fresher and it will appeal to audience as the car has been in the market for some time. 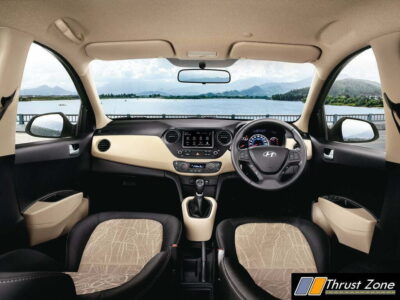 We see similar interior layout as before which includes the same color tone being used. The major highlight is the 7-inch Touchscreen for top-end variant and 5-inch touch screen for base variant are introduced., climate control, steering mounted controls, automatic power windows with anti-pinch and much more. Connectivity options continue such as USB, AUX and Bluetooth. Apple Car Play and Android Auto join the list.

Launched in February 2016, the price list is listed below.

Dual airbags and ABS is seen on the top-end variants only. Driver airbag is standard throughout the variant.