The Rolls Royce Wraith Kryptos. Rolls-Royce Collection Cars are poetic embodiments of artistry and skill, envisioned at the hands of the marque’s accomplished designers. They are illustrative of the Bespoke Collective’s mastery of their craft, and extremely limited in number. Incorporating only the finest materials and contemporary applications, Rolls-Royce Collection Cars are executed with creative passion and technical precision. These cars capture clients’ imaginations around the world, joining the chronicles of some of the greatest and most storied Rolls-Royces ever to have been created. Rolls Royce Wraith Kryptos is no exception.

Rolls-Royce Bespoke Designer, Katrin Lehmann, commented, “The name Kryptos is derived from Ancient Greek, referring to something unseen, hidden and coded, mythical even. Ciphers can be traced through millennia, capturing the imagination of some of the world’s most brilliant minds. 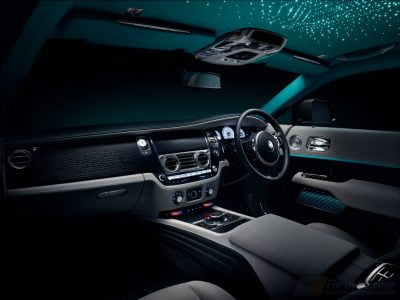 As a designer, I’ve always been fascinated by the notion that you can communicate messages that are understood by only an elite few, using symbols, pictograms, and ciphers. Finding the key becomes integral to appreciating the full meaning of an item that can otherwise be viewed simply as a work of art.”

The Wraith Kryptos Collection carries within it an encrypted cipher that evolves throughout the car for the clients’ pleasure and amusement, leading them on a journey of discovery and intrigue. To the uninitiated, these ciphers appear, on the surface at least, to be an alluring design purely for aesthetic purposes and devoid of any discernible pattern. However, for those that look closer, those few who hold the key, they will embark on an experience that leads to an enlightening conclusion. 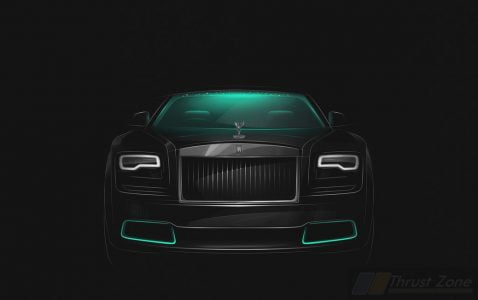 Indeed, the code is so secret that only two people at the Home of Rolls-Royce in Goodwood know the full resolution of the sequence – the designer and the Chief Executive. The answer has been placed in a sealed envelope, in the safe of the Chief Executive Officer, at the Home of Rolls-Royce, in Goodwood, West Sussex. Clients will be invited to submit their efforts at cracking the code via the members only Rolls-Royce Application, Whispers.

The cryptographic journey begins with the Spirit of Ecstasy, which has graced the bonnet of the marque’s motor cars for over a century. An engraving with green enamel detailing introduces the Rolls-Royce cipher on the base of the enigmatic figurine. Below, recrafted bumper inserts draw the eye lower, subtly modifying both the gesture and posture of Wraith, giving this Collection an identity of its own.

The alluring colourway of the Collection hints at the car’s inner-most secrets. Delphic Grey, a Bespoke exterior hue consisting of a solid Anthracite base colour has a hidden effect – only in sunlight do the blue and green mica flakes appear. This effect is accentuated by a hand-painted double coachline, the upper being painted in the newly developed Kryptos Green while the lower acts as a shadow in Dark Grey, both depicting clues relating to the interior code. Completing the exterior aesthetic are part polished wheels, with Orbit Grey coloured centres featuring a coloured pinstripe.

Inside, stepping over the illuminated treadplates, the cipher evolves deep into the fabric of the motor car. One is immediately greeted by the accented Bespoke Kryptos Green leather hue, which has been developed to incorporate a metallic effect, set against either Selby Grey or Anthracite. In perhaps the most apparent clue, elements of the cipher are embroidered into Wraith’s headrests, where the customary ‘double-R’ emblem can so often be found. For the driver’s enjoyment, an intriguing screen print flows across the metal fascia, spanning the width of the interior.

Enrapturing Wraith’s occupants with light, Rolls Royce Wraith Kryptos Collection features a beautifully elaborate, bi-coloured headliner depicting an in-motion data-stream inspired motif. Illuminated door pockets continue this theme with Rolls-Royce woven leather and Kryptos Green threads to reveal an unexpected and subtle illumination that fades towards the base of the pocket. The centre tunnel is exquisitely stitched, repeating the horizontal lines of the door pockets, also hinting towards the driver focused nature of this special motor car.

Rolls-Royce is delighted to unveil this new generation of Collection Car; one that brings with it an intriguing and entertaining challenge, that will be sure to delight. Who will crack the code? And what answers will the code bring? Only time will tell. Or will it?

VIDEO: Tata Sanitization Process For Cars and Its Dealership – Ready To Deliver…