Royal Enfield introduced three distinctive, terrain-inspired colorways of the Himalayan along with a range of upgrades. The adventure-touring motorcycle will now be available in Glacier Blue, Sleet Black and Dune Brown, in addition to the existing colorways Gravel Grey, Pine Green and Granite Black. Showcased at Rider Mania 2022, the new Himalayan will feature a neat debossed logo on the grill and side panels, and a USB charging port for on-the-go convenience.

An ode to Royal Enfield’s experience of over 50 years of riding across the Himalayas, the three new colorways of the Himalayan are inspired by the epic terrain, vastness and the grandeur of the Himalayas. The Glacier Blue takes inspiration from the crystal clear glacial lakes that adorn the Himalayas, while the Dune Brown represents the cold Himalayan deserts of Hunder situated in Nubra Valley, Ladakh. Royal Enfield has also brought back the popular Sleet pattern, but in a new Black version called the Sleet Black, which is inspired by the glistening razor-sharp sleet on rock surfaces.

The Himalayan, since its inception in 2016, has consistently evolved with aesthetic as well as functional upgrades to enhance the overall ride experience, both on and off the road through various upgrades, fixes, recalls and silent upgrades. 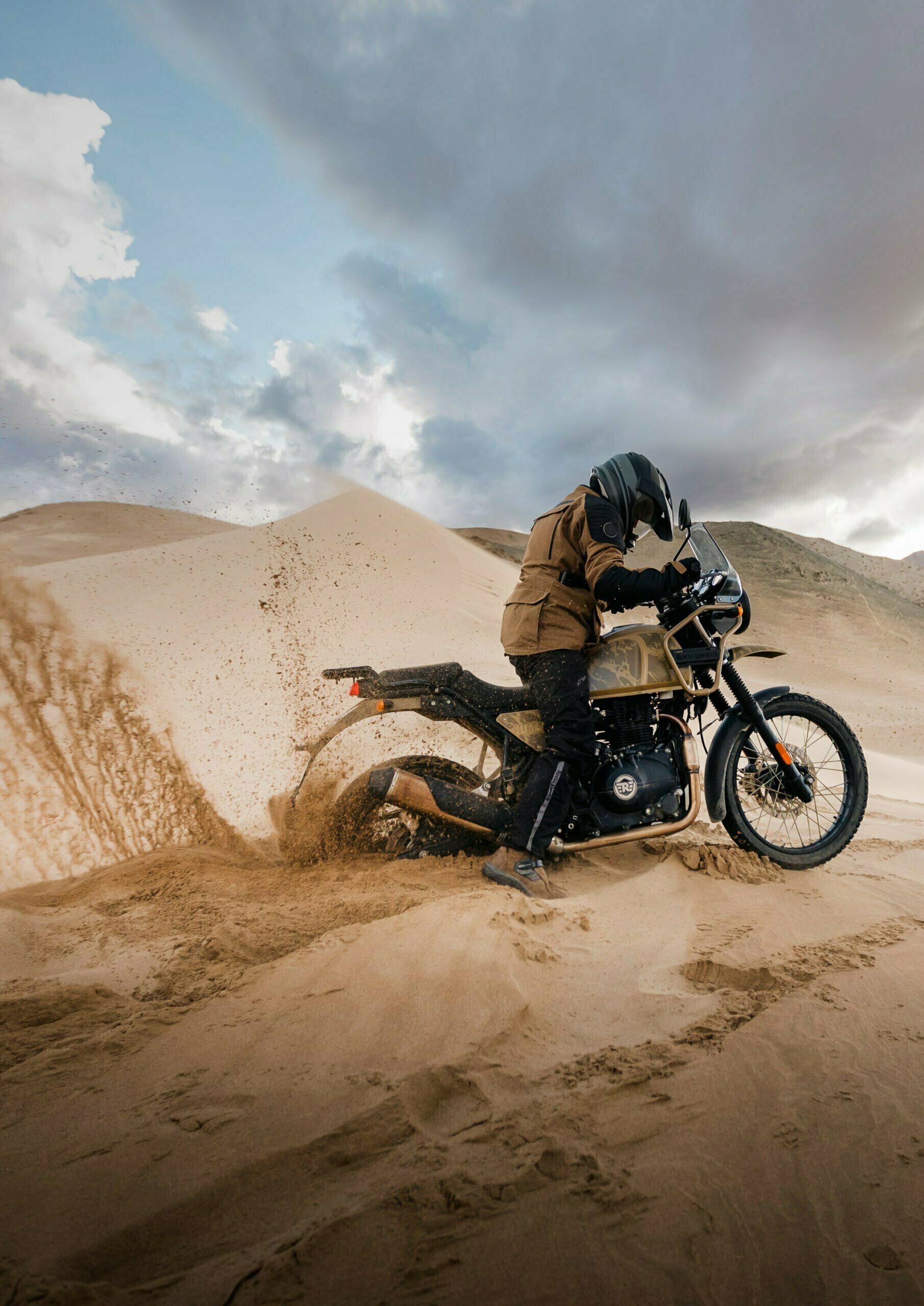 Starting today, the new motorcycle will be available for booking and test rides across all Royal Enfield stores in India starting at INR 2,15,900, (ex-showroom, Chennai), November 24, 2022 onwards.