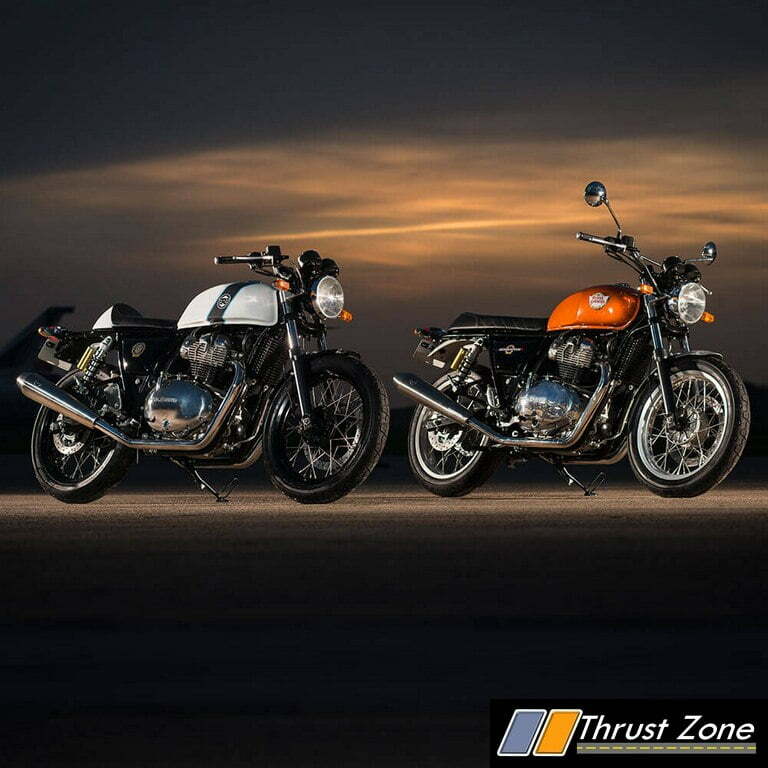 Interceptor INT 650 and the Continental GT 650 Revealed as they are launched in America first. India launch in January 2019

Royal Enfield, the global leader in the mid-size motorcycle segment, this week opens the latest chapter in an already storied 117-year history of motorcycle production with the initial outing for its highly anticipated twin cylinder machines, the Interceptor INT 650 and the Continental GT 650 Twin.

The first twin cylinder motorcycles to be produced by Royal Enfield since 1970, the new motorcycles recall a golden era for the marque that began in 1948 with the arrival of its first 500 twin that evolved into its famed high-performance models, the Meteor, Super Meteor and, ultimately, the original Interceptor of 1960.

Sold mainly in the U.S.A and Canada, the 700 Interceptor and its 750cc successors quickly became part of California’s sun-drenched culture, serving as two-wheeled expressions of fun, excitement, freedom and optimism in the form of fast and stylish road bikes and as competition machines that enjoyed huge success in scrambles, desert races and flat track events.

And it is Royal Enfield’s historic links with the Golden State that partly inspired the choice of Santa Cruz for the launch of the Continental GT 650 and Interceptor 650 which, as well as marking the revival of twin-cylinder production, also herald the start of the brand’s global expansion. 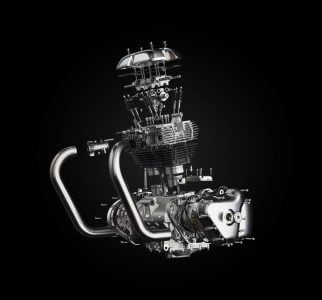 Despite their links to the past, the Continental GT 650 and Interceptor INT 650 are entirely new motorcycles from the ground up, developed jointly by Royal Enfield’s development teams located both in India and at its state-of-the-art technical centre at Bruntingthorpe in UK. The motorcycles – the Continental GT 650, a sporty cafe racer, and the Interceptor INT 650, a stylish roadster – combine classic looks with carefully considered engineering that has resulted in a brace of machines with a common engine that will inspire confidence in new riders as much as they will satisfy the expectations of more experienced motorcyclists.

Air-cooled to simplify maintenance, to produce a gorgeous twin-cylinder exhaust note and to ensure lines that are faithful to a true heritage design. The motorcycles come with ample torque available just off idle, enabling them to make light work of city traffic, and with sufficient power to effortlessly cruise on the open road.

Un-fussy motorcycling is what Royal Enfield’s new twins are all about. While offering a more than adequate 47 horsepower, the secret of their ‘ride-ability’ lies in the way their torque is delivered – seamlessly, and from low in the rev range – with 80% of the peak 52Nm torque delivered at 2500rpm – enabling smooth and steady progress without the need for constant gear-changing. Combine that with an extremely agile chassis developed at Royal Enfield’s UK Technology Centre in conjunction with legendary sports bike frame builder Harris Performance, and the secret of the all-round competence of the new motorcycles begins to reveal itself. 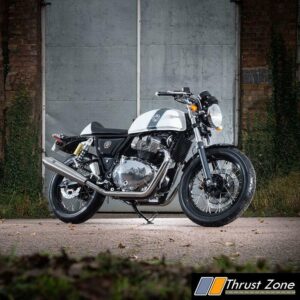 The Continental GT 650 will appeal especially to sporting riders with its optional single seat, sculpted fuel tank, rearset footrests and race-style clip-on handlebars. Yet, as much as it is perfect for enjoying high-speed blasts on twisting backroads, its ergonomics enable it to remain comfortable when used as a stylish city bike, for tackling the highway or simply as a means of making weekend escapes.

The Interceptor INT 650, meanwhile, harks back to the historic model after which it is named, with its distinctive teardrop tank with traditional knee recesses, comfortable, quilted dual seat and wide, braced handlebars redolent of the street scrambler style that emerged in ’60s California. Its comfortable and commanding riding position make the Interceptor INT 650 both fun and practical on all types of terrain, from curving coastal roads to the urban jungle, for heading out of town two-up or for cruising down to the beach. 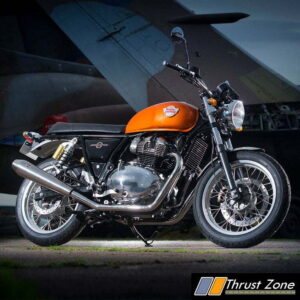 Both the Interceptor INT 650 and the Continental GT 650 are beautifully executed and thoughtfully detailed motorcycles. Their engines, though of up-to-the-minute design, perfectly replicate the classic look, while touches such as forged handlebars, ‘Monza’ fuel caps and carefully finished ancillaries echo the quality to be found inside and out. With individuality being key to today’s riders, both the Continental GT 650 and the Interceptor INT 650 can be had in Standard or Custom versions with a wide range of retro options ranging from special paint colours and pin stripes to retro-cool bar-end mirrors, optional fly screens and alternative finishes for items such as wheels, lights and suspension components.