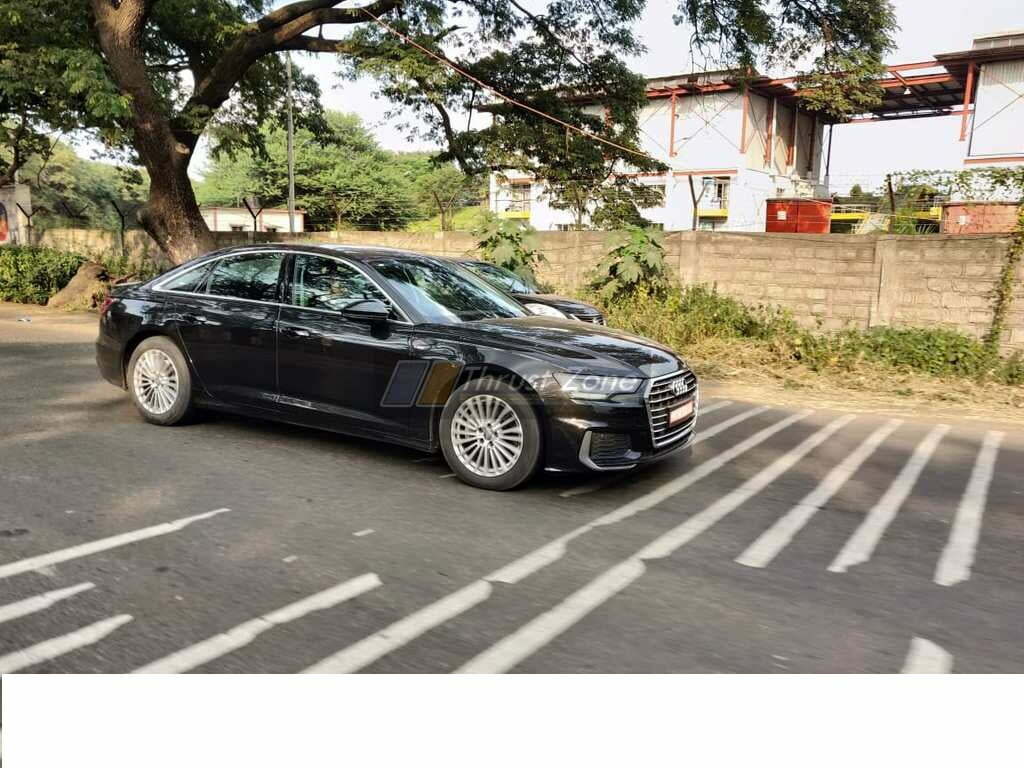 Audi A6 Spied in India For the First Time. The executive mid-size sedan comes last to the party as every refreshed competitor awaits its arrival in the country

Audi is known for its SUV’s you may think. No, they are equally good at selling sedans. The manufacturer most important saloon in the lineup is A6 for the brand with four rings. The last one sold really well in the country and it got a facelift where it received Matrix headlights and other titbits, which were specific to the Indian sub-continent as result of it being popular.

Audi wanted to offer some customers exclusivity in the end before the new one came. Now, the new sedan has come to our shores, landed in Pune, went to ARAI and has begun testing for emissions and fuel economy, as usual. The A6 is said to get the standard wheelbase version for the Indian market and that is apparent in the pictures. This is the standard car and not the long wheelbase version. 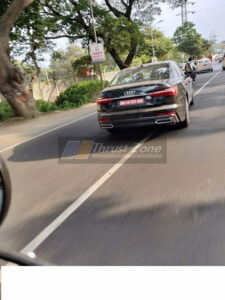 To counter the E-Class LWB then it already has the uber cool Audi A7. Just like how the BMW now has the 6GT. The A7 is also set to launch in the Indian market by next year which is an all-new awe-inspiring design from Audi. The A6 here should get the usual four-cylinder diesel and petrol motors. The diesel will make around 190 BHP and petrol could make 250 BHP. 7-Speed DSG should be standard. Quattro could be optional. Don’t expect six-cylinder engines anytime soon.

Prices should begin from Rs. 50 lakhs and end around 55 Lakhs. The number of variants should be 3-5 on offer. Whether these amount of variants will make it at launch or ahead in some time of the year is unknown for now. Let’s wait for the launch date, which should be around 2019 January or 2018 December.

Read this too: Audi A3 cabriolet Launched

Read this too: Audi A3 Facelift Launched

Read this too: Audi A5, S5 BratPack launched

Read this too: Audi Q5 Launched in India

Read this too: Q7 petrol launched in India

Read this too: Audi A4 Diesel launched

Read this too: Audi A7 India launch soon