The first ever Hyundai car launched in India was the Santro which was launched in the early 90s not only that but this car also became the face of Hyundai India. Sadly after 16 years, Hyundai decided to stop the production of Santro in 2015. This was a very hard decision that was taken by Hyundai as despite 16 years the Santro had decent sales of around 3000 units.

Then came the new generation cars like the Creta, Elite i20, Grand i10, and Xcent. These were not only profitable but also were in high demand. Hyundai India has left no other option as Santro sales were crippling down hence it was discontinued. It made more sense to re-launch the brand name yet again.

A few months later, the Hyundai i10 was also discontinued. Just like the Santro the i10 was also discontinued for the same reason. Also, the sales of this car were not up to the mark and nowhere near the rivals like the Maruti Alto or the Renault Kwid or even the Tata Tiago. So in order to increase their presence in the entry-level market, Hyundai is planning to re-launch the Next Generation Santro in October. 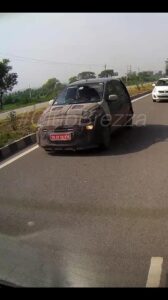 New spy shots suggest that the Next Generation Santro is bigger in dimensions and not only that but it is also believed that it will have more room inside along with loads of features to rival the competition. The Santro will either be offered with an 800cc or 1.0L engine variants and it could come with an automatic gearbox as well. The automaker is also considering to introduce an AMT gearbox. This car is likely to make its global debut in the October 2018.

Not only new design and updated features but also the new gen Santro is to be offered with the enhanced engine, comfortable ride, quality interior and it’s price can be around the Rs. 3-6 lakh category. Expect class leading features. India will serve as the manufacturing base for this new gen Santro which will be sold across the globe, especially to those countries where small cars are in demand.