A dry run mule of the imminent 2018 Hyundai i20 facelift has been identified at the Auto Expo and this time around we have a clarion image from the Expo floor. Strikingly, the renewed Hyundai i20’s cabin looks very much like a carbon copy to the departing model with the appreciable feature, apart from some slight improvements in the control panel.

Looking upon the other side of the coin, the exterior of the car has arrived with more updates than the cabin. For example, the car now dons a new cascading framework up front in a honeycomb template. The headlamp is the very same as that of the cluster design that has been updated and the top-end trim will possess bright projector lamps along with LED daytime running lights. The front bumper is very much latent, but the viewer can still see that the car gets new set of murkiness lanterns along with integrated LED DRLs. The car also gets the same ORVMs that are electrically operable and come summed up with the LED turn signal lights. Rear bumper has the most significant changes. 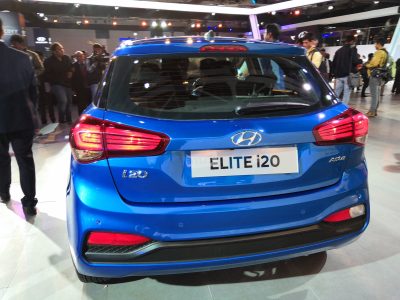 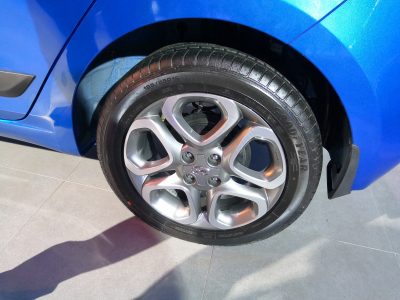 Under the hood, the Hyundai i20 facelift produces the same 82 bhp, donning a 1.2-litre Kappa Dual VTVT petrol engine mated to a 5-speed manual unit gearbox, and an 89 bhp, beholding 1.4-litre U2 CRDI diesel engine teamed up with a 6-speed manual gearbox. The same 1.2 petrol engine comes now mated to an impressive and brand new CVT gearbox for the first time in the car. Car comes with start stop button, apple car play and andriod auto, a/c iconic cluster, dual tone roof with four new colors such as orange, blue, red and biege. Something that will be complemented with black roof. i20 comes with 1.4 engine and manual gearbox. 1.2 engine with CVT gearbox will be launched in May 2018.