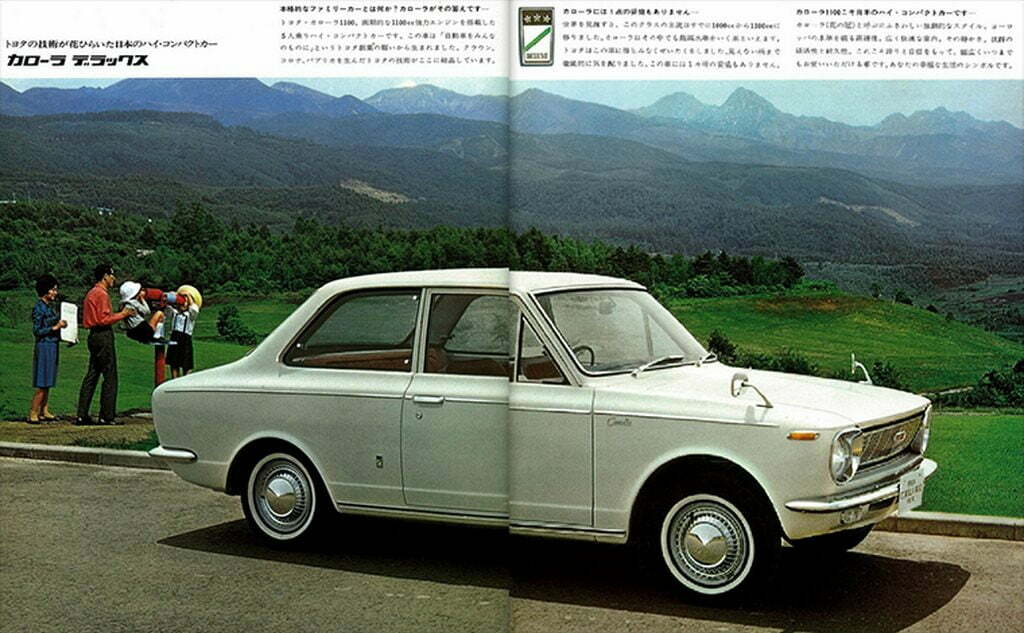 Toyota Corolla Celebrates 5 Decades of Production, 44 Million Cars Sold Till Date as the brand describes everyhing in a dedicated website

The Toyota Corolla is always been most accessible car in most markets. In the development of the Corolla, Toyota’s engineers have spent years bringing together the best of the company’s technologies to offer many elements to the public. Toyota Corolla was designed to become a main fixture across the Japanese markets. The first Toyota Corolla was fitted with a powerful water-cooled inline-four engine boasting 1,077 cc and 60 horsepower which provided a level of performance and stance that goes above and beyond. The Corolla is packed with new features where its acceleration that exceeded of the European rivals within the same vehicle class. The Corolla was a high-performance Japanese compact car.

Toyota Motor Corporation was founded in 1937 was born with the idea of helping the Japanese auto industry and the Japanese economy overall. To boost production, sales and volumes, three decades later, Corolla was born. This came at a time of great interest in cars across Japan was seen. Corolla was made with the idea of ’80 Point Doctrine +α’ Concept that underpinned the development of the Corolla. This car had to had more features than ever which were necessary to give the vehicle more appeal, something that would exceed customers’ expectations. Even since the past five decades, even as the Corolla has evolved so far till date, precisely over 11 generations, Toyota has consistently applied this understanding to all new models sold in Japan and around the world.

the Corolla was born in Japan in 1966 and is now being produced in 13 countries, and over 1.3 million units are sold annually in more than 150 countries. Toyota, being Japanese has some serious theory to wit about also. A theory suggests that it takes 9 million cars to cover the earth’s circumference once and hypothetically. Toyota says that if they were to stack all the Corolla cars sold till date globally, they would be taking 4.7 rounds across the circumference of the earth. Why? Toyota has managed a record by selling 44 million units sold globally till date. The Corolla has established itself as the world’s best-selling car of all-time. During the last 50 years, customers from all around the world have accepted Corolla as the car they can depend on with every evolution.