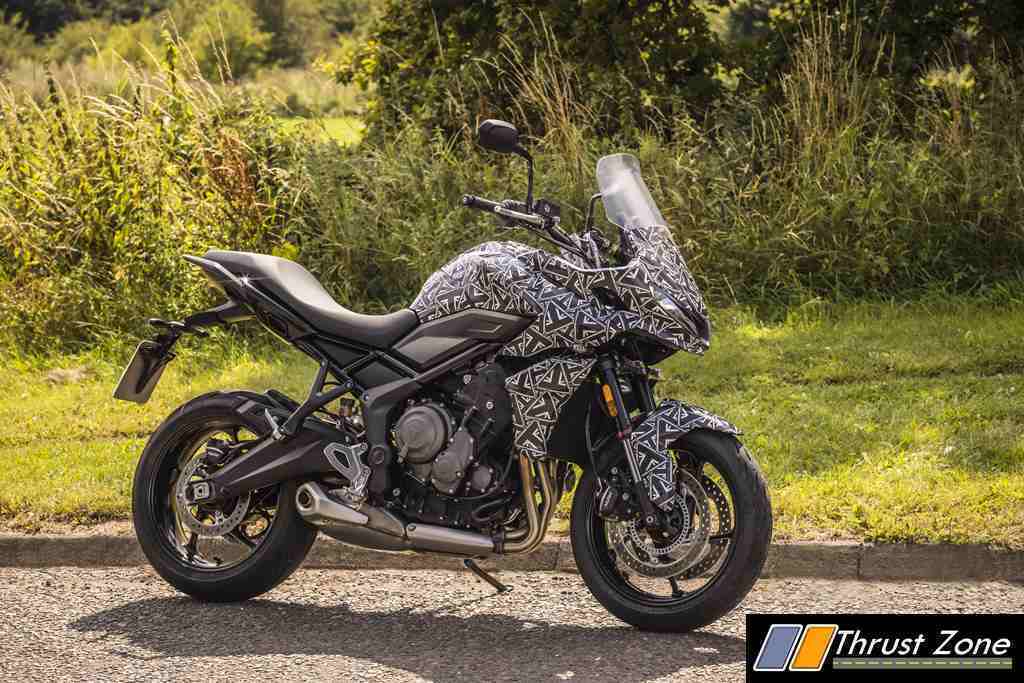 The potential of the mid-capacity engine category in the two-wheeler segment is yet to be realized fully. Manufacturers have only started seeing the possibility here of late and as a result, we have witnessed a slew of new launches in this category. Triumph Motorcycles is one of the prominent names that has now focused its attention on the mid-size segments and the debut of its Trident model is just the tip of the iceberg.

Enthused by the response, the company has now announced that it will bring two more new models based upon the same platform that underpins Trident. These two bikes could possibly take the shape of an Adventure and semi-faired Adventure Sports model and are expected to feature a 3-cylinder, 660 cc engine that also powers the Roadster series of Triumph.

Today we have a confirmation that the Triumph Tiger Sport 660 is making its way to the world and Indian market. The motorcycle spy shots were officially sent and then new completely revealing photos have emerged. THe motorcycle looks very promising for the enthusiast worldwide, including India! The inspiration comes from the bigger Tiger Sport that we saw earlier and it has on unique bits which is making it stand out. The easy going nature of the Trident 660 which this is going to be based on means it is going to be a joy to live with it, even on a daily basis. 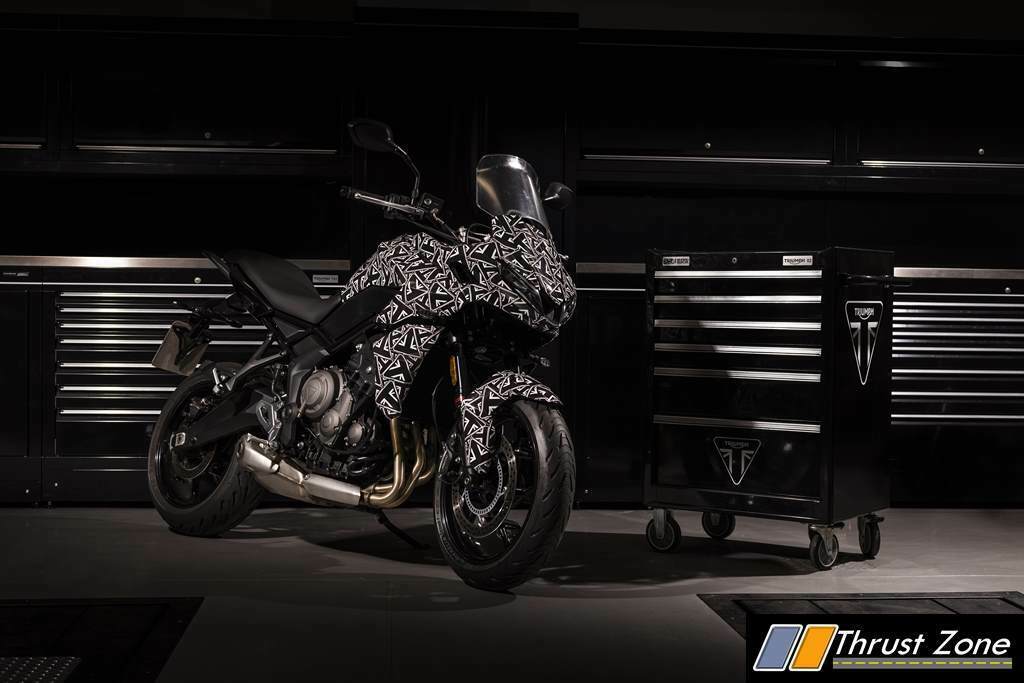 The power and torque figures are rated at 81PS and 64Nm although the overall engine tuning and the gearing ratios will be considerably different for these adventure models. Once these three models make their debut in the Indian market, Triumph will be on solid ground against the likes of Honda, Benelli, and Kawasaki among others.

It is also interesting to note that along with the mid-capacity engine segment, Triumph is also working hard to conquer the entry-level bike segment in the Indian market. The company has already entered into an agreement with Bajaj and this collaboration will yield its first product in 2022. The entry of premium brands in the entry-level and mid-capacity engine segments is definitely good news for the riding enthusiasts as they will get more options to choose from. Bike manufacturers, on the other hand, will get a wider customer base to cater to while ensuring their business sustainability in the long run.