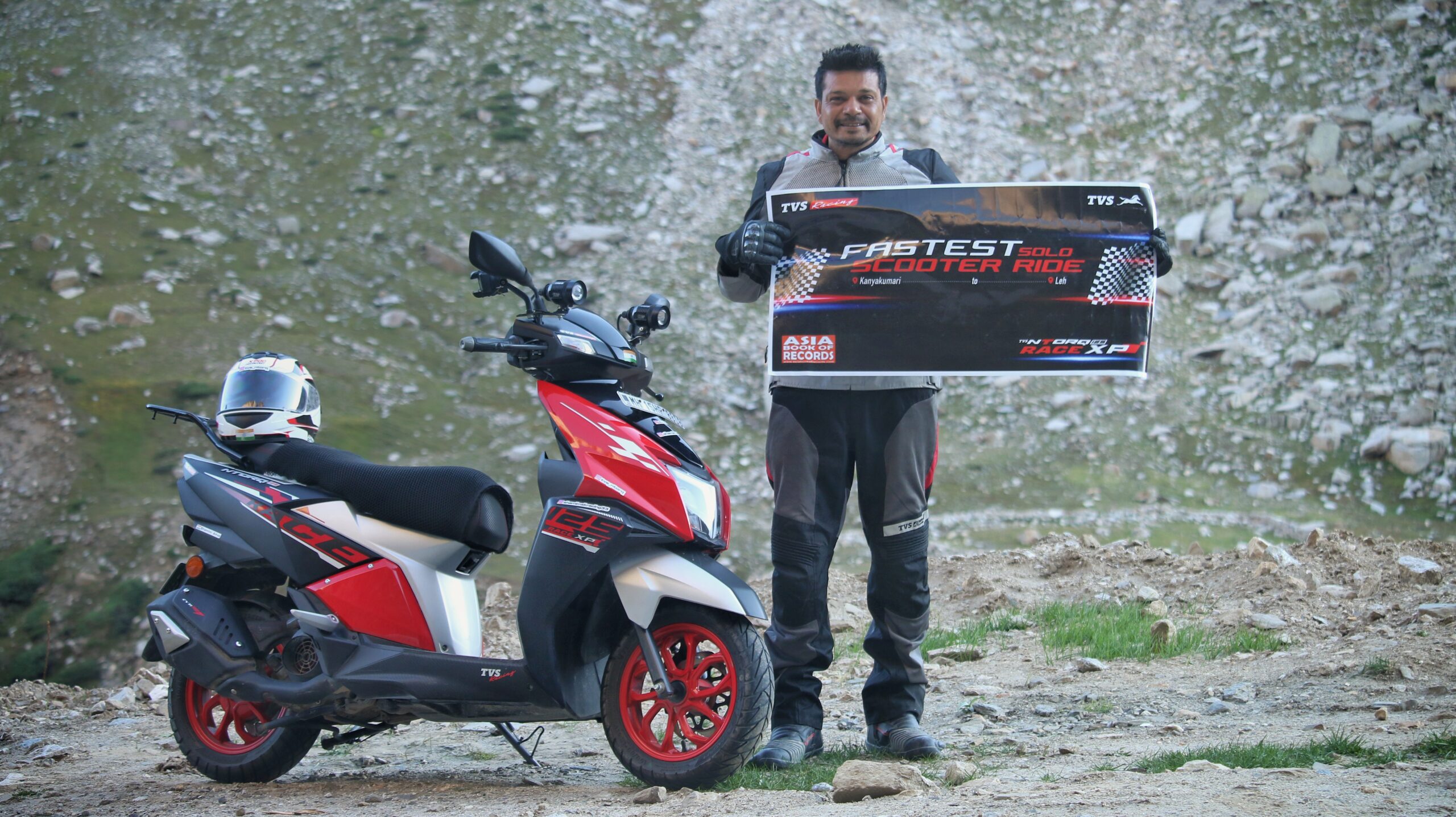 Shamim Khan, a member of the TVS Racing Team – the only factory owned racing team in India, has set a new record for ‘Fastest Scooter Ride from Kanyakumari to Leh by an individual’. Shamim achieved this feat astride TVS NTORQ 125 Race XP. He covered the distance from Kanyakumari in Tamil Nadu to Leh in Union Territory of Ladakh in a 126 hour and 14-minute ride, surpassing the previous record of 130 hours and 27 minutes.

The 4,000 km journey commenced from Kanyakumari, and from there, Shamim covered Tumkur-Nashik-Jaipur-Manali-Leh. He traversed the distance between Bangalore to Chandigarh amidst a constant spell of rain, and this included the longest continuous stretch of 768 km from Tumkur to Pune. The recently launched TVS NTORQ 125 Race XP is India’s first scooter in the 125cc segment to have more than 10bhp power, in addition to being the country’s first and only IC engine scooter with dual Ride modes. These features proved to be quite helpful to Shamim in achieving the remarkable feat. 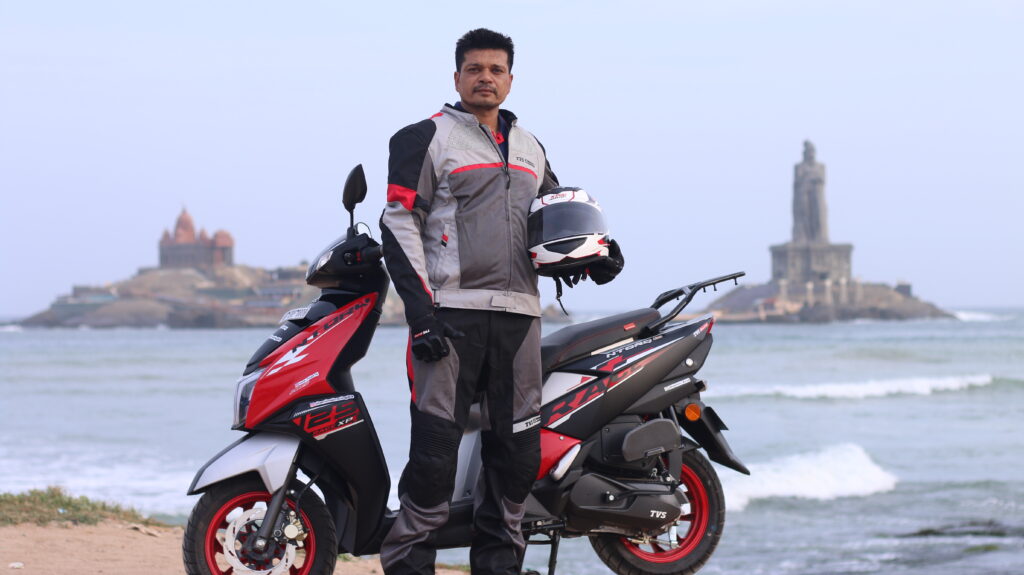 Shamim Khan, TVS Racing Factory Rider, has participated in multiple national and international rallies with accolades in Dirt Bikes, Motorcycles and Scooters and has won two national championships. The Nashik born National Motocross Champion has also represented India at the International Scooter Olympics, Taiwan, in 2005, where he secured the third position.