Incorporated in 1982, TVS Srichakra manufactures and markets its products under the ‘TVS TYRES’ and ‘EUROGRIP’ brands. The company rolls out over 2.5 million tyres every month out of its two units located in Madurai (Tamil Nadu) and Pantnagar (Uttarakhand).

The campaign builds upon ‘Durability’ and further strengthens it by highlighting the rigorous testing that each tyre undergoes. The ‘#Heavytested’ set of films showcases how tyres are tested to ensure highest quality standard. Each film brings to focus, the hard and rugged testing conditions the products go through. The TV campaign is live with a set of 3 commercials in different languages on major television channels across India. Lead media for this campaign are TV, Outdoor and Digital media. 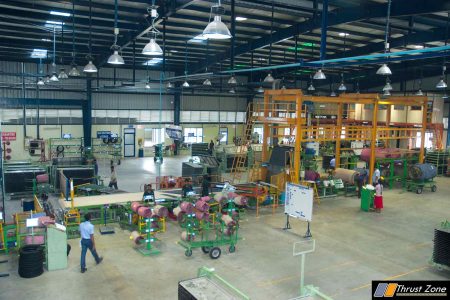 Commenting on the new TVC launch Mr. P. Vijayaraghavan, Director, TVS Srichakra Ltd, said, “Our communication this time has taken a fresh approach wherein we are highlighting our products’ high-quality standards. Through the advertising campaign, we want to take our customer connect to the next level and appeal to a wider audience.”

The company enjoys the highest market share amongst Two-Wheeler manufacturers in India and has a vast nationwide distribution and dealership network to cater to the After-Market demand. Apart from two-wheeler and three-wheeler tyres, the company also produces a wide range of Off-Highway tyres branded TVS EUROGRIP. TVS Srichakra Limited exports to more than 70 countries across the world.