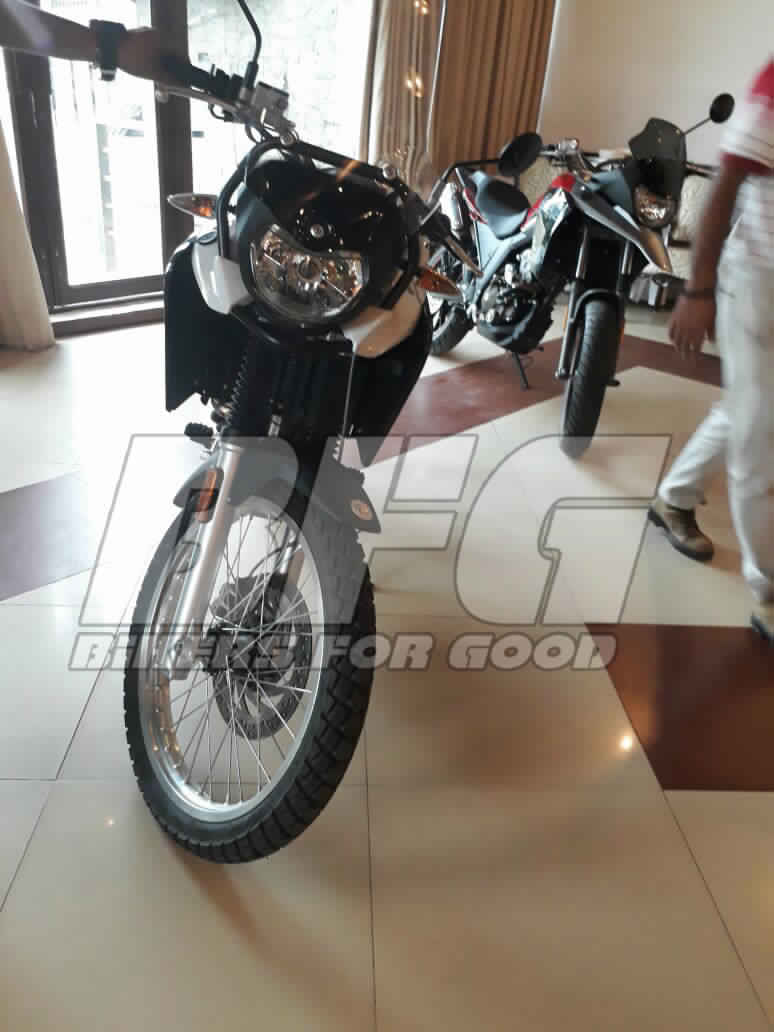 Adventure motorcycles are all the buzz now. It all started with the puny Hero Impulse which unfortunately received a mum response. Then it was the time for the Himalayan which rekindled the flame and from then on it was all uphill again. Not just in our country but ADV’s are now in demand internationally as well. But the segment that boasts of good sales is the entry level segment, mostly the under 500cc segment. This is where all the action has already begun. Two New UM Adventure Bike have been spotted.

BMW recently stepped in with their 310GS, and KTM too is readying their Adventure 390 for an early 2019 launch. But now there is one more manufacturer who also wants the cream of this pie. There have been speculations that UM Motorcycles India is readying small displacement adventure bikes for the Indian market. So after a lot of hide and seek, we finally have spy shots of not just one but two adventure motorcycles from UM.

The dual-sport motorcycles shown in image appear to be the Hypersport and the DSR. UM sells these two bikes overseas as well. For India, UM already has engines which propel their existing range of bikes. The engine that is most likely fit for this job is the 223cc mill that is already chosen for the upcoming Renegade Duty range of bikes.
Both the bikes feature some tweaks to fit into the budget-minded market like ours. The Hypersport (the bike on the right) misses out on USD front forks and a few other features like different mirrors (not the ones on the international variant) and a different seat unit. The Hypersport makes 16 hp of power and 17.69 Nm of torque. 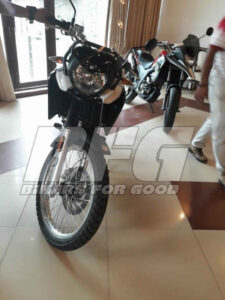 The DSR (the bike on the left) is more off-road biased of the two and it shows. It comes with spoked wheels. This one too misses out on USD forks. The international version of the DSR comes with digi-analog dash, full-LED lights and a port for USB charging. For now it is unsure whether all these features will be there on the Indian variant or not. The international version of the DSR makes 15.74 hp of power and 16.65 Nm of torque. Mind you these figures are there on the international site, so it is not confirmed if the Indian versions will make the same figures or not.

Two New UM Adventure Bike get dual disc brakes and ABS will be made available thanks to the implementation of the new norms. The bikes feature an underseat exhaust canister and come with a rear monoshock to handle suspension duties. The key thing will be the pricing. Looking at the expected price tag of the Renegade Duty, it will be safe to assume that these two bikes will be priced somewhere around INR 1-1.2 lacs ex-showroom. When launched they’ll face competition from the yet to arrive Hero Xpulse.