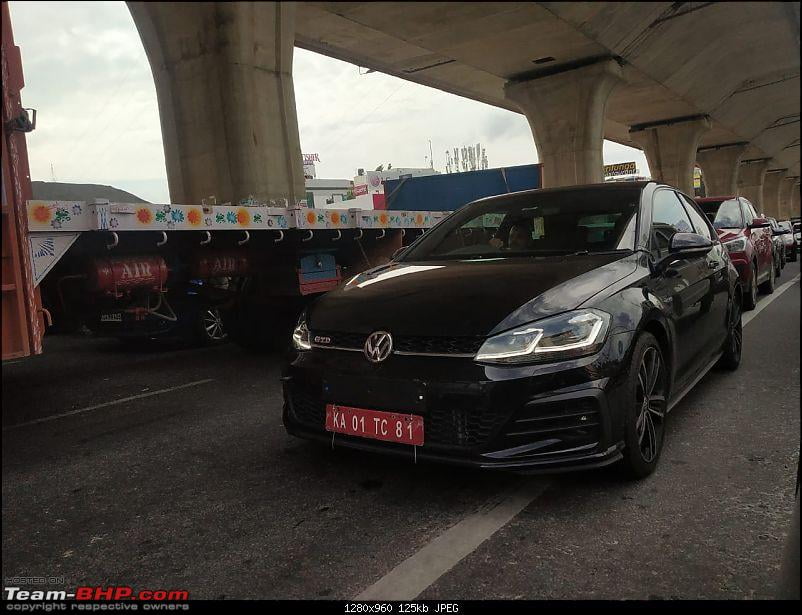 VW Golf GTD Spotted Testing in India could be the 2.0 litre engine going under rigorous emission and efficiency testing.

It isn’t uncommon for manufacturers to test their prototype vehicles here in India. We’ve seen some very rare and special cars in their testing phase in India. Volkswagen India is no different. They also import cars in India to perform testing in real-world conditions. VW has been teasing us with their ever-popular Golf for quite some time now. A few months ago, its GTI variant was spotted testing in our country. And now it is its sibling, the GTD which is doing rounds in Bangalore.

Don’t get too excited because its launch is still unconfirmed. The thing proves this fact is the portable emission tester that this car came fitted with. This testing equipment labelled Portable Emissions Measurement System (PEMS) is made by Bosch. As per the reports, this car was brought here in India by Bosch for the sole reason of component testing.

VW India had introduced the Jetta long back. That Jetta was the sedan version of the Golf. The car sold meagre numbers and hence was commissioned off. The new Jetta is specifically built for the Left-Hand-Drive only markets. The VW Golf is the brands best-selling hatch internationally. It is also the sought after car by enthusiasts. Although the GTD’s launch is unlikely, the GTI is in consideration for our market. Rumours suggest that the Golf GTI could be launched in India sometime in 2019. We, however, wish that the GTD is on offer too. If the GTD is launched, it will woo both ends of the car buying spectrum – practicality and fun. 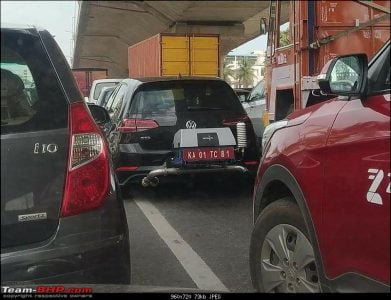 The VW Golf GTD is the diesel version of the Golf. Propelled by a 2-litre turbocharged 4 cylinder engine this thing produces 184 PS of power and 380 Nm of twisting force. It is an FWD car with two transmission options, a 6-speed manual and a 7-speed DSG dual-clutch automatic transmission.