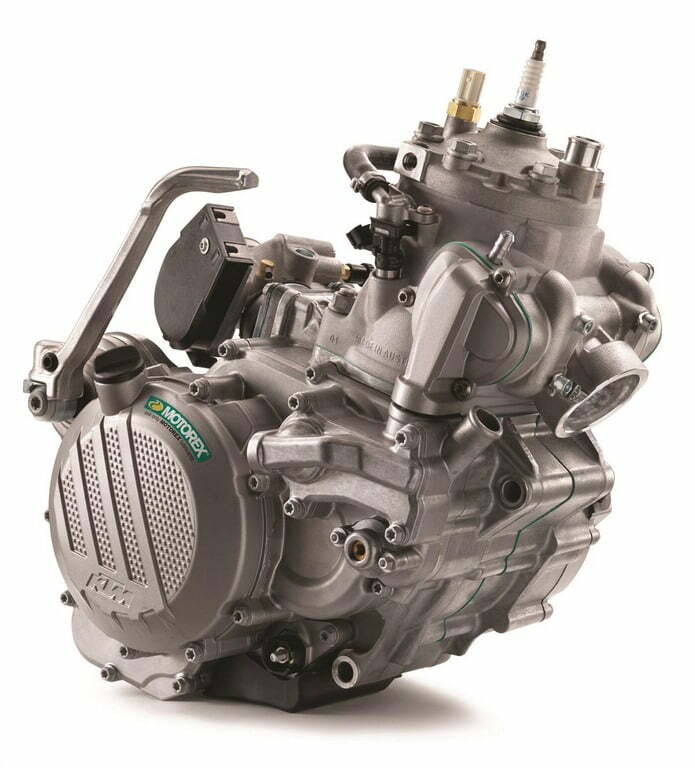 KTM is hell bent of making the world a better place. with the launch of two strokes that now come world’s first fuel-injection system , it is a break through for riders across Europe. As the Availability limited to the European market only, these tow motorcycles get two injectors in the transfer ports of the cylinder head, already making the engine much smoother and NVH friendly. Another addition is the drastic reduction in fuel consumption. Another hassle free idea is that of removing the need to pre-mix fuel which makes thing far more reliable and emission friendly. The changing jetting for different environments isn’t required anymore as the ECU and ECU does that with every fuel-injection system and this is no different from that. 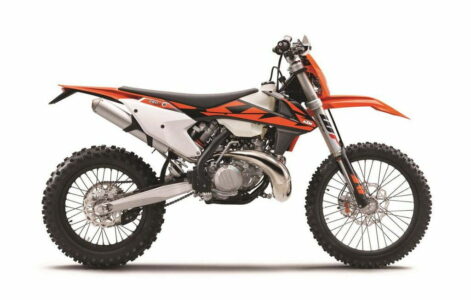 The KTM 250 EXC TPI and KTM 300 EXC TPI now have a new throttle body, a newly tuned EMS which includes a new ECU that utilises sensor readings to determine perfect ignition timing and fuel injection for the motorcycles. The entire cylinder is all new along with a list of things such as a air filter box, oil pump and fuel tank for the new fuel injection system that is on offer. A new advanced ‘Chromoly’ steel frame that has been adopted into the mix and now houses the oil filler cap and hose to the oil tank within the frame tube. Most importantly, a electric starter makes it to the bike instead of the kicker provided with carb bikes. 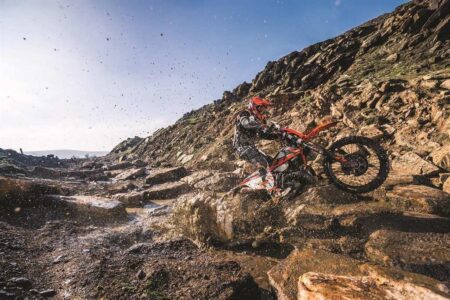 The KTM 250 EXC TPI and KTM 300 EXC TPI continue to offer similar hardware. The WP suspension, Brembo brakes calipers and a smooth and light hydraulic clutch. The 2018 KTM 250 EXC TPI specifically get a lightweight lithium ion battery. The motorcycles will be followed by the 2018 KTM 250 XC-W TPI that are coming for the US and Canadian market that is planned by the company. Sadly this isn’t coming to India anytime soon, if you want you can always import them privately. This however, leads to a massive success in bringing the two strokes back, if it turns out to be successful in every single way, we could see the re-birth of multiple power brand that provide enormous joy of riding.

Give Way To The Old Curvy Punto, The Fiat Argo Is Here and It is Downright Edgy and Stylish

2017 Maruti Suzuki Dzire Accessory List Is Here and It Is Good and Comprehensive!