VIDEO: What The… Scorpio Driver Takes Rash Driving To Insanity Levels With 10 People Hanging Of The SUV 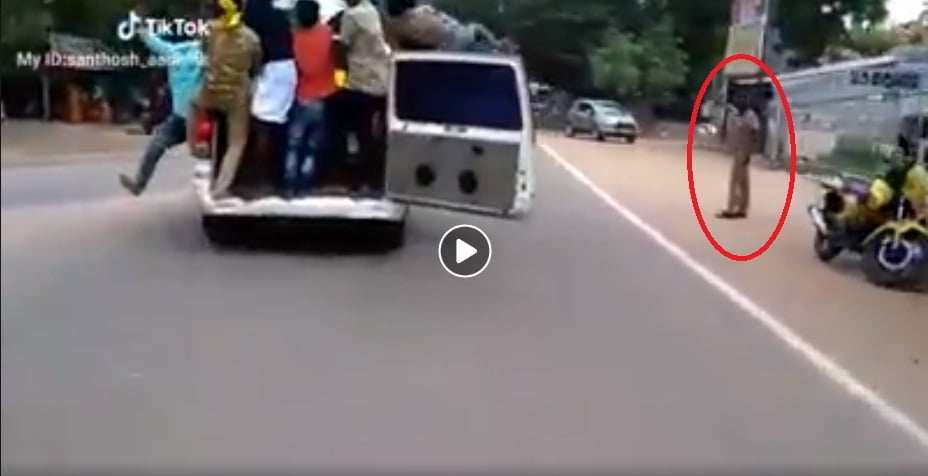 In what is not an everyday scene in India, which the caption of the video suggests, is an example from the Tollywood/Bollywood inspiration waiting to go bad horribly for people on the road. Most people do drive properly in the country, this particular example sets a new benchmark absolute stupidity.

The Scorpio driver, with the tailgate open and at least TEN people in the SUV are in or hanging of the SUV which is wildly switching from one lane to the other and putting everyone’s life at risk is seen in some part of South India. The video is being recorded from another car with the help of the most cringest App India as a nation has come across. The trend of getting ‘famous on social media’ is reaching new levels and this particular example puts safety down the drain for everyone on the road. 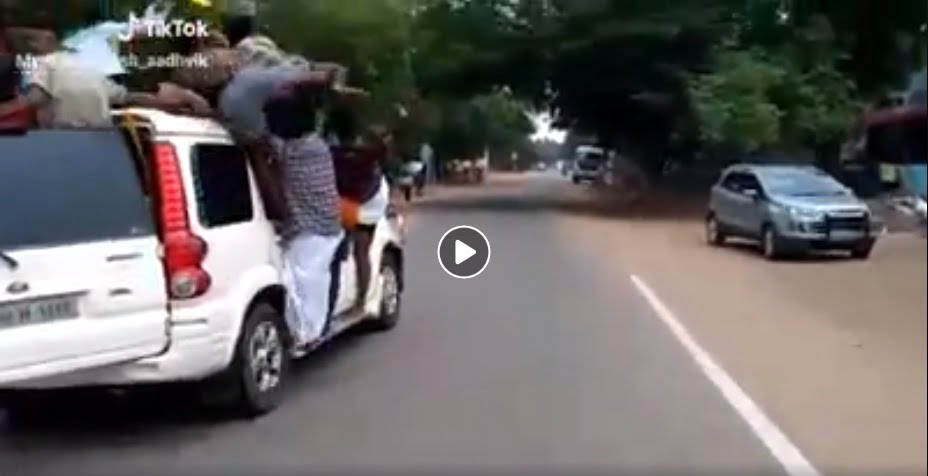 The irony of the situation here is there is a policeman standing there and has watched everything. Probably the policeman did chase them further after getting out of a state of shock or not, who knows. The small clip has been specifically doing rounds on social media. While the government loves banning things after something goes horribly wrong, it is time to stop movies across the nation which do provoke these actions then? There are several aspects which can unfold if the police start investigating, but clearly there is no bigger motive then a person who thinks this is bravery rather than plain narcissism and mental illness that needs to be examined. Stay tuned.

EXCLUSIVE: Jeep to launch Compass BS-VI Diesel Engine By First Half Of 2019 – TrailHawk Will Get It First