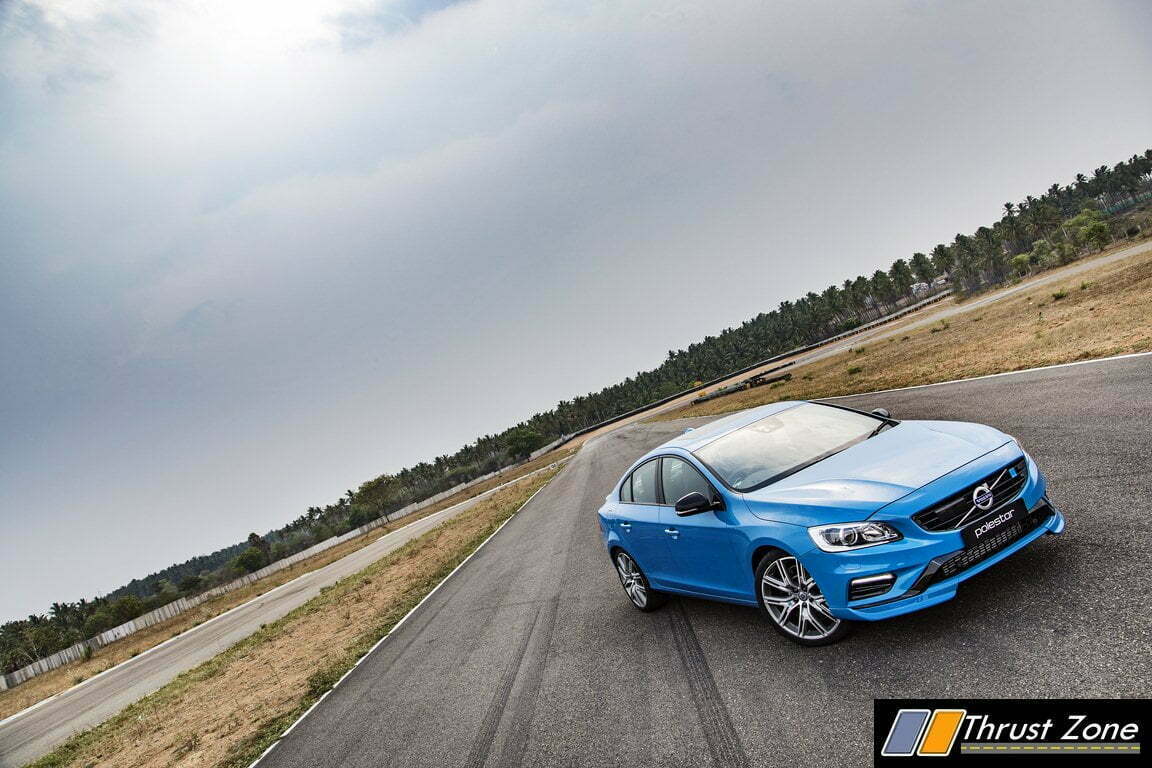 Volvo S60 Polestar Review will focus on track driving impressions that we got and those are positive as mechanically, S60 Polestar is a proper hoot who love to scoot!

Volvo around the world is known for safety for its cars and commercial vehicles. We have seen all these years in these vehicles as we have experienced it in one way or the other. Volvo has concentrated very hard in markets worldwide and its new found love for the Indian market also continues to go from strength to strength as it keeps launching new vehicles in the country. Volvo started the launch with the XC90 and it then began with the S90. The products were received well and they have found a lot new more homes than expected. 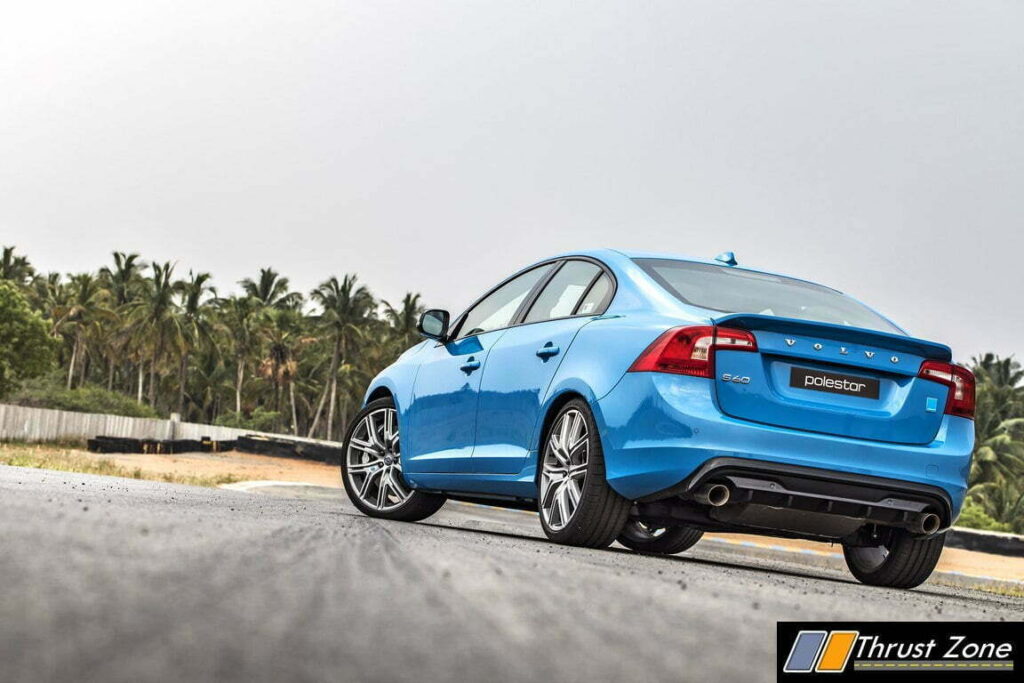 The manufacturer has now tried introduce performance variants of existing cars after offering Cross Country variants that it was introducing earlier. The S60 is a prime example as the normal car now gets a Polestar version after the Cross Country version. S60 Polestar has just been launched at a very aggressive price tag of Rs. 52.5 Lakhs ex-showroom Delhi. This makes the S60 Polestar the best performance car money can buy today. There are no cars in this segment which offer so much power to price ratio. We have first and short impression of the car and let’s find out the same. 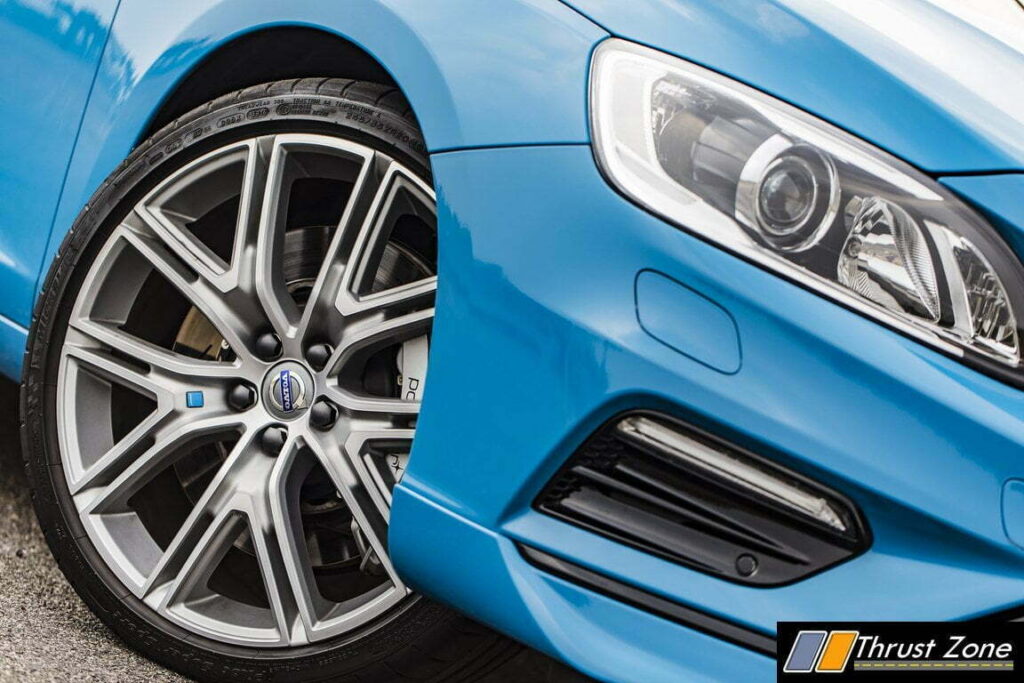 The design continues to be the same as before. The car gets go fast bit such as a lip spoiler, a diffuser, two large tail-pipes, a boot spoiler and 20-inch rims which make the car look more purposeful and faster while standing still. The car also gets black mirrors, black accents around the DRL lights in the front bumper to make it more sporty. Overall, with the Polestar blue scheme, the car does look fast while standing still and sends outs a strong signal of what is under the hood. 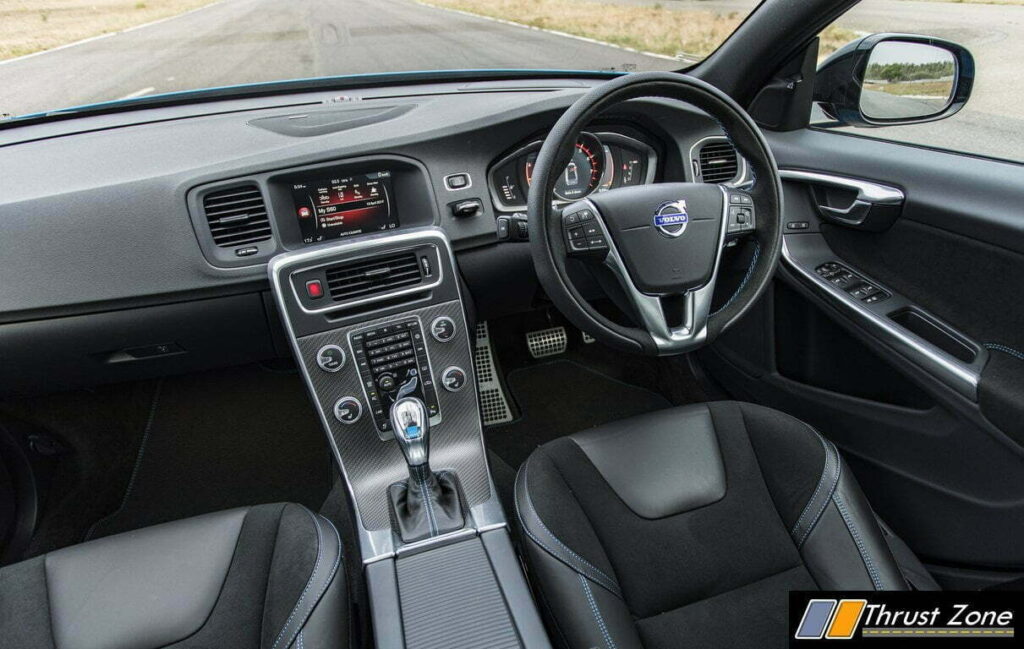 Interior remains same as before. There is a waterfall screen which has all the buttons to use all the features such as the connectivity options, steering mounted controls, all the passive and active safety features are on offer. Electric ORVM, sunroof, three driving modes, automatic climate control and much more continue to be on offer. Seats continue to be extremely supportive, there is good space in the back, not segment best, but enough to stretch in all areas such as head, shoulder and leg room. Blue stitching for steering, seats, Polestar door sills and much gear knob gives it a racier appeal. 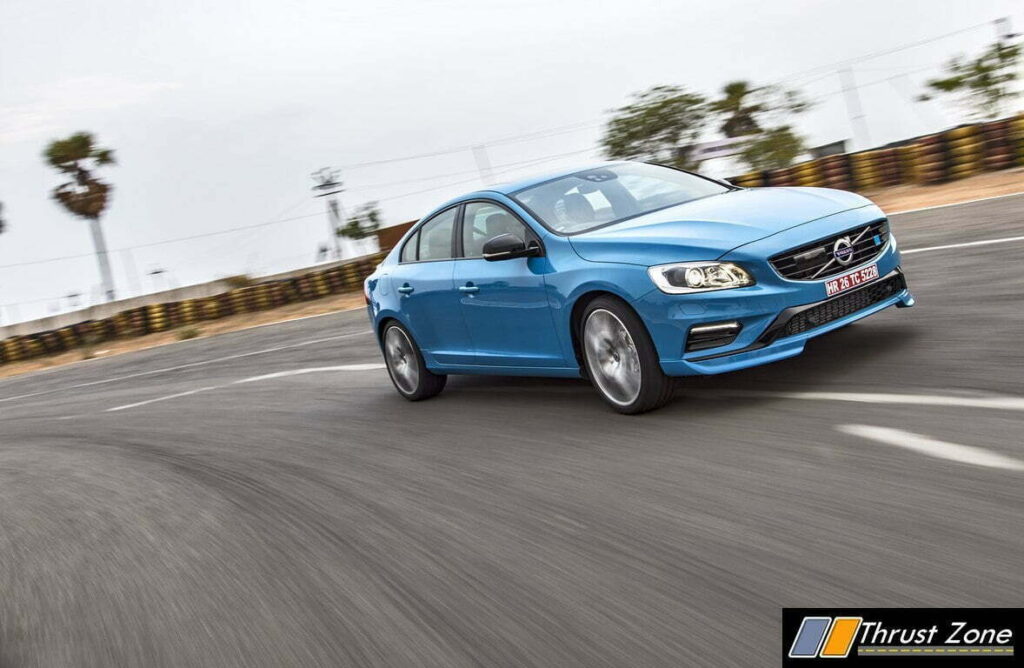 The engine is the new 2.0 4-cylinder e-drive motor that Volvo has made for its new cars. The motor makes 367 BHP of power and 470 Nm of torque. There is subtle amount of low-end torque and mid range and top-end power is huge. However, the weight and large rims does take the performance down a bit. However, acceleration off the line is done in 4.7 seconds and a top speed is 250 km/hr. 8-speed automatic is smooth and fast and is the reason the weight is masked well. 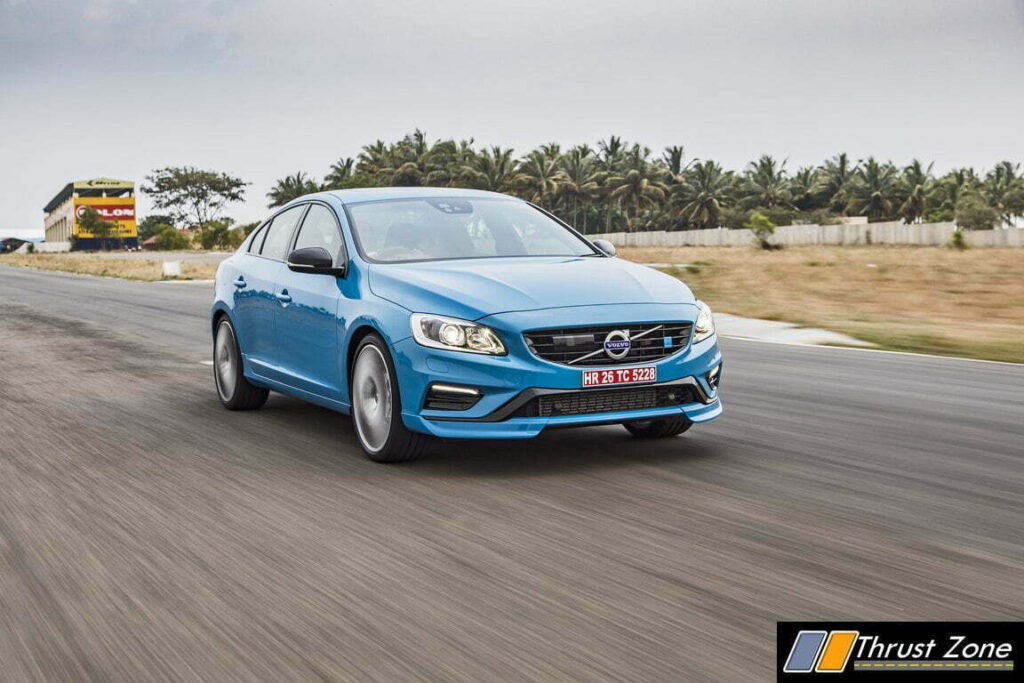 Sport mode shifts are controlled manually and drive mode shifts are bit slow and it shifts earlier on its own. Sport mode makes more power than drive mode as the boost for the turbo reacts in a much faster way. The engine NVH levels are good and there is a raspy and fruity soundtrack on offer. Overall, we cannot comment on daily driveability of the engine, but it does look very promising. 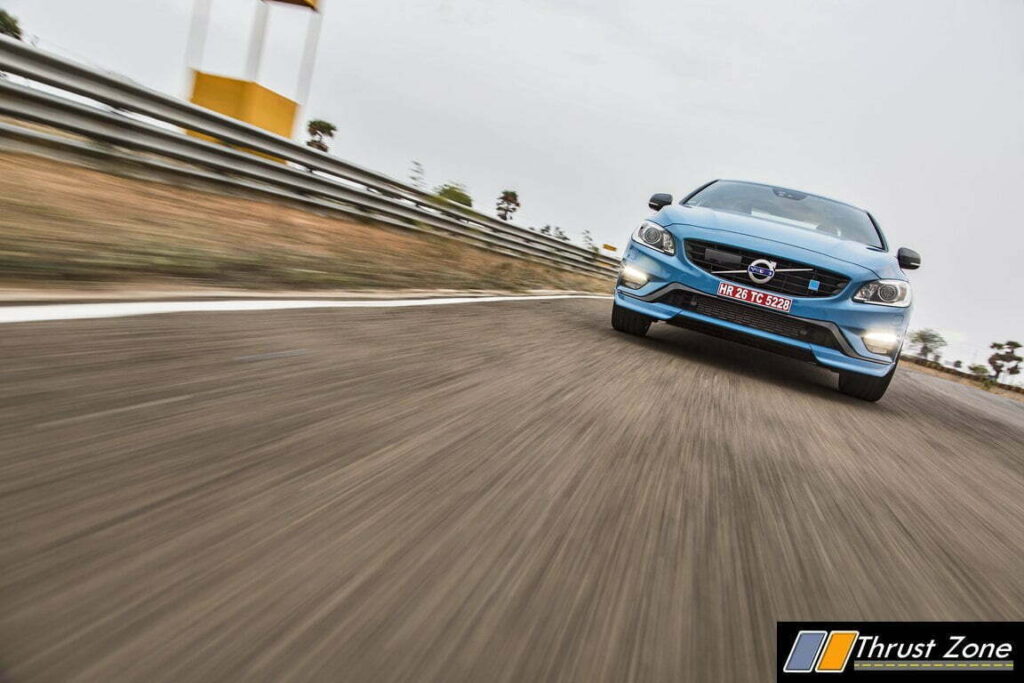 Driving impressions are positive. There is almost no body roll when pushed hard despite a lot of weight. The brakes are very good and were fading away as they were subjected to track abuse. The suspension offers just about enough compliance for not so smooth Kari track at our today of testing, but road test will confirm that. Steering does get heavy and precise, but there is no feedback from it. AWD drive sends power to each wheel necessary, something we could sense once we started pushing harder. We also realized the car isn’t a super sharp model, but where it will outshine is most likely on the road with its composure, flexible engine and a responsive gearbox. Volvo has knocked its rivals with a hammer (you know which one) with similar horsepower numbers engines that have more cylinders and capacity as the pricing is way too hard to be ignored on this car. At Rs. 52.5 Lakhs it is cheaper than the Mercedes C43 AMG by a huge Rs. 22 Lakhs, Audi S5 makes similar power and is Rs. 10 Lakhs expensive. Volvo S60 Polestar comes with more tech, safety features and a single variant available with all the bell and whistles you would ever need is here. The S60 Polestar is racing to the pole position, is there anyone who can stop it? With that power to price ratio, most likely, no!