WOAH! BMW Could Plonk Engines In Next Generation 2018 Toyota Corolla

Japanese body and German engine? This is a WET dream come through for most enthusiast as BMW Could Plonk Engines In Next Generation 2018 Toyota Corolla

In an interesting turn of events, reports are coming in from various Japanese motoring media outlets that BMW might make engines for the next generation of the world’s largest selling car, the Toyota Corolla. The next Corolla is expected to arrive in 2018 and it might gain from the current BMW-Toyota technical partnership. There are already reports stating that the next generation Toyota Corolla will be powered by new range of engines with a 1.5L 4-cylinder petrol, the  8NR-FTS 1.2 turbocharged petrol, the already widely accepted 1.8L VVT-i petrol engine along with a 1.5L Hybrid powertrain as well.

With an incredible history of making some of the world’s finest engines, BMW is a known superpower in the engine construction department. The engines build by BMW for the new Corolla are expected to power the premium and top spec variants of the new generation of the car. It is a well known fact that the new Corolla will be based on the Toyota’s TNGA (Toyota New Global Architecture) platform that debuted with the new Prius. 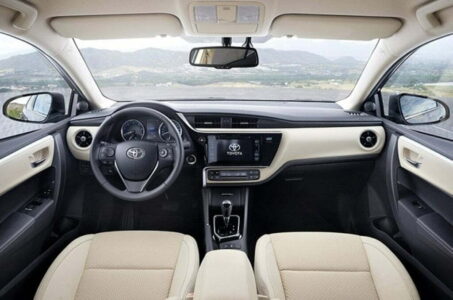 This new platform is said to aid handling further by being more responsive. Also the vehicles rigidity will be improved further as well, thus a much better crash safety record as well. A few test mules of the car have already been spied raising speculations that the new car might just have almost similar dimensions as that of the current car.

However, as per reports, the wheelbase might see an increase leading to much better occupant space and comfort. Still, not a lot is known about the next-gen Corolla as it is still some time away. Expect more details to come out on it as the launch nears. Till then, Toyota is busy supplying the current cars brilliant looking face lifted version across the world.