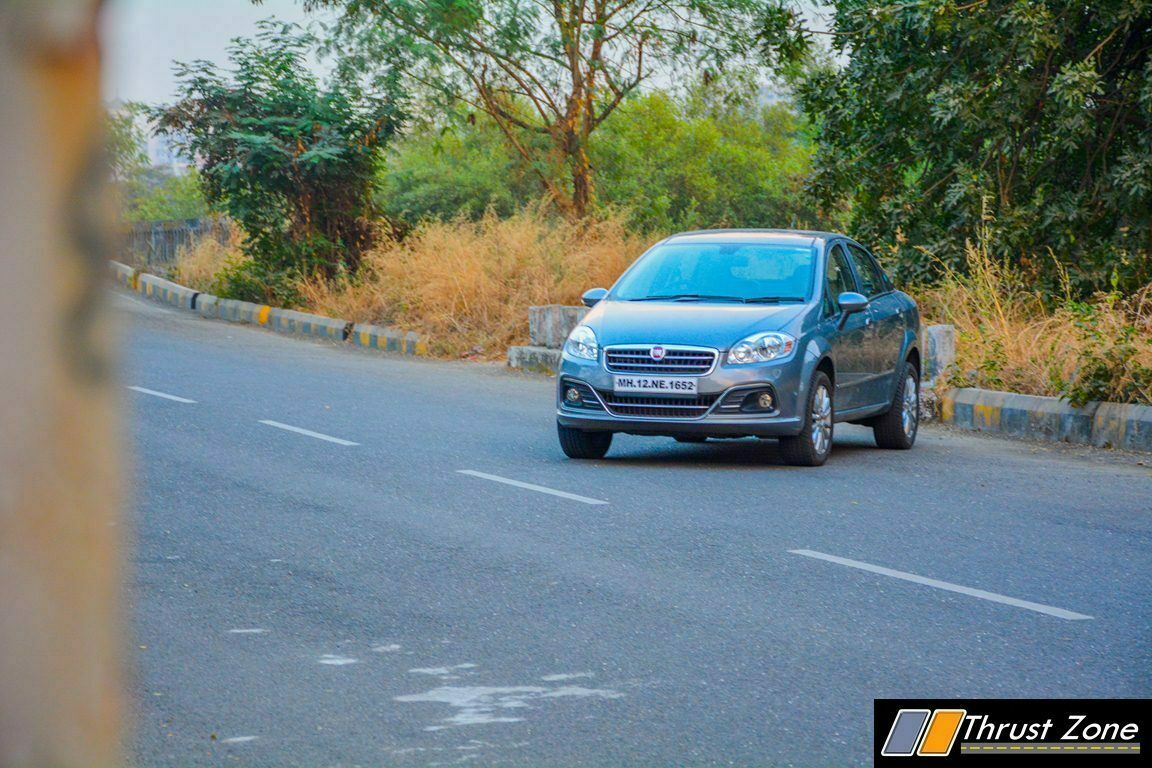 Fiat in India may not be doing exactly well. The brand is constantly under pressure from rivals and being tagged as just an engine supplier largely to people who most likely should be its competitor in the market. Fiat understood the situation as early as they could and they have finally come up with some plans to keep things going before the next big bang that is expected to happen before 2020. If market reports are to believed and if they go on track as expected. We will see new products coming in as early as possible. 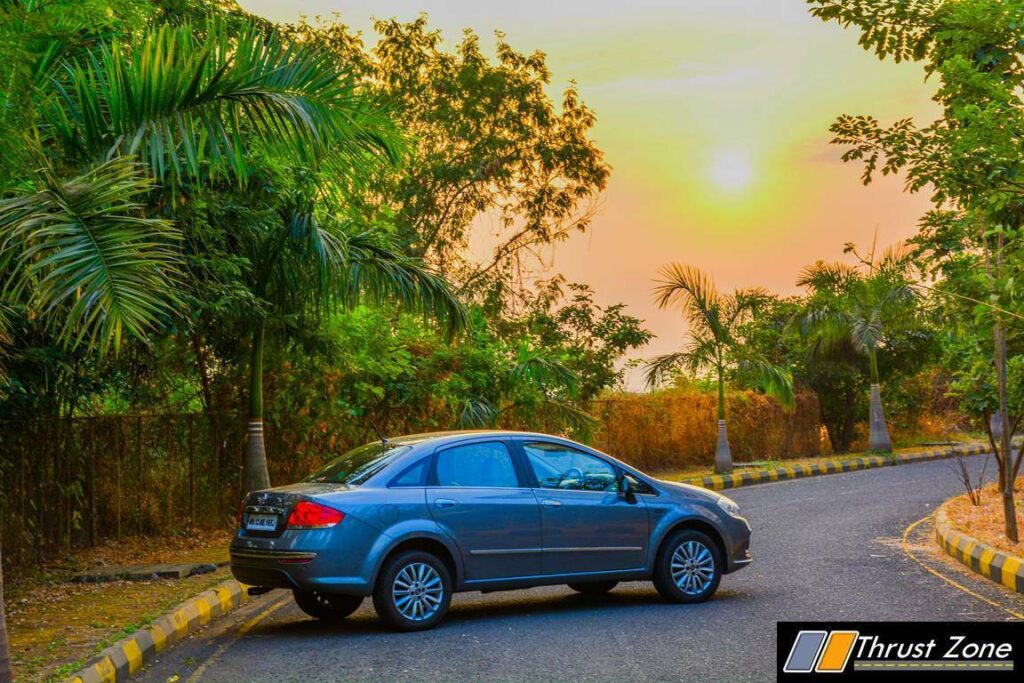 However, Fiat meanwhile wants to make sure they are old school products can do still fine. We saw the Avventura, Abarth series and other premium and sporty cars come to the market. Now to inject of a dose of the same in the sedan segment, it has introduced the Linea 125 S. A product that received more power under the hood to attract its fan base of customers which are driving enthusiasts. Fiat car may not be super perfect as before to drive due to ground clearance but it still has the potential and the added power should inject some old school fun in the car. Does it have it then? Let’s find in this road test. 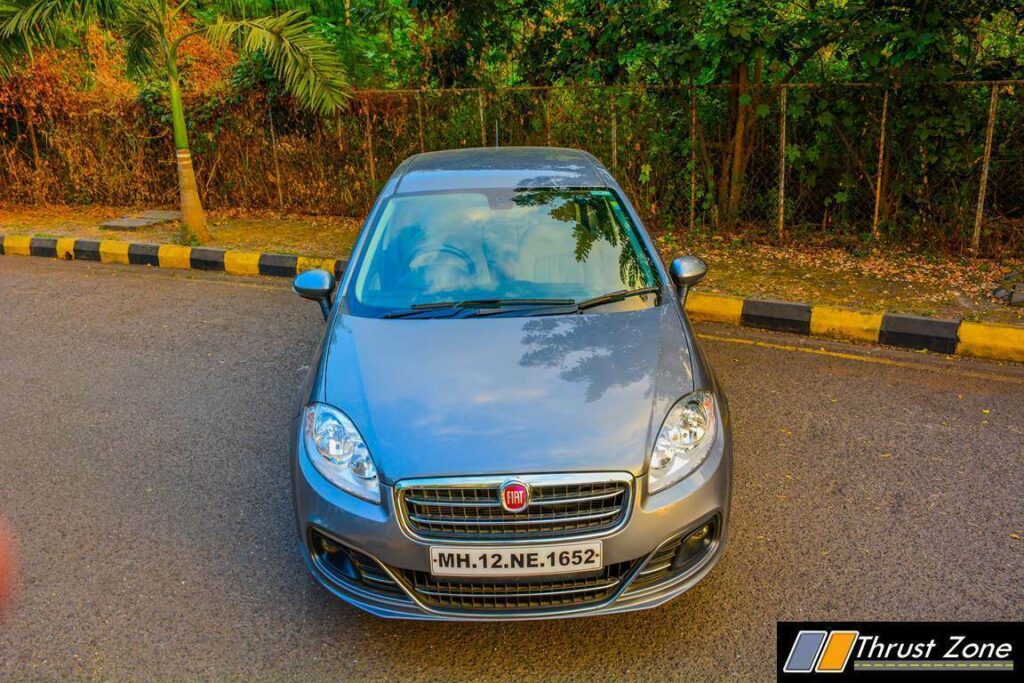 Nothing has really changed in what is almost a decade old design now. The car surprisingly continues to look good as new thanks to color options that have come in the past which are still here as of today. Speaking of colors, Fiat hasn’t given us the Blue and Black color shown at the Auto Expo, which is sad because the car looked like a different beast altogether in that scheme. The classic design, the silhouette continues to be a bold car with quite a large footprint over its rivals impresses its customers.

Large windows and doors at the side seem the right proportions, the flared wheel arches add even more muscle to the package, but the gap between the wheel wells isn’t something that you expect to see in a car with sporty intentions. Flap type handle door with chrome garnish are a thing that should be criticized as this segment gets grab handles now a days, but they still manage to fit in the design. Alloy wheels are set off a sophisticated unit which is multispoke one’s and completes the design package. 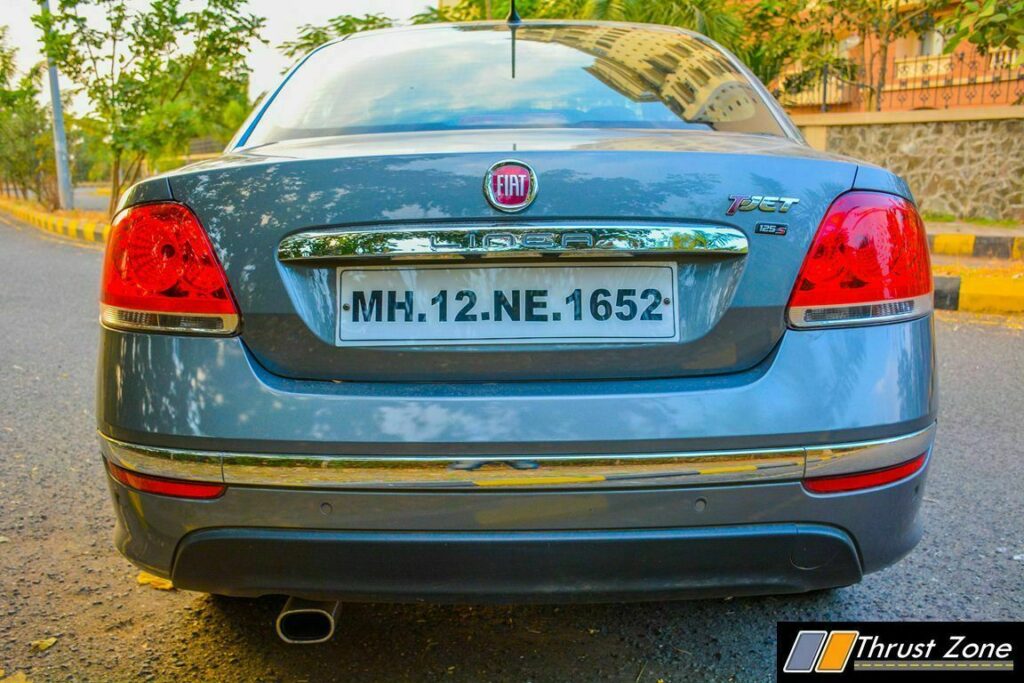 Headlights and tail-lamps are stubby wrap around units which still are unique to this car, even till date. Boot lid gets a chrome strip below and above the bumper. The bumper size is by far the biggest and it also dominates the dimensions numbers that the car has. T-jet badging along with the new 125 S stickers makes it stand out and the old muffler tip continues to show the fact that this is the petrol turbo powered engine. 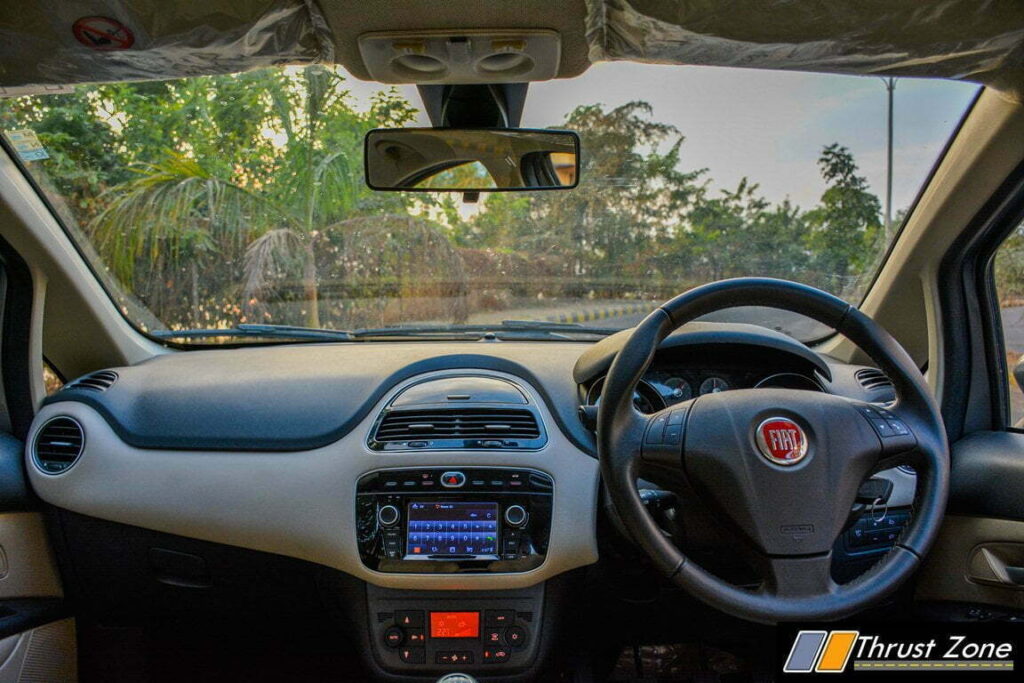 The recent refresh in the year 2014 is continued in the year 2016 also. The car has a soft touch are below the main dashboard in orange color. There is also ambient lighting between the dashboard and soft plastic, which is clearly segment first by a big margin. Quality of plastics are good in this segment and it feels very robustly built on the inside in most area as it is on the outside where we see the doors are made of steel that is probably used in a tank. This time you get a touch-screen which makes things stand out from the past. The unit works flawlessly and offers good sensitivity. Connectivity options include Bluetooth, Aux, USB.

There is Micro SD and Navigation on offer also, which also works in a top-notch manner. Steering mounted controls which control audio and telephony are provided. All windows are one touch down, while driver one-touch up also. The buttons for power windows are mounted way too far and low than usually. ORVM aren’t foldable electrically, but adjustment is. 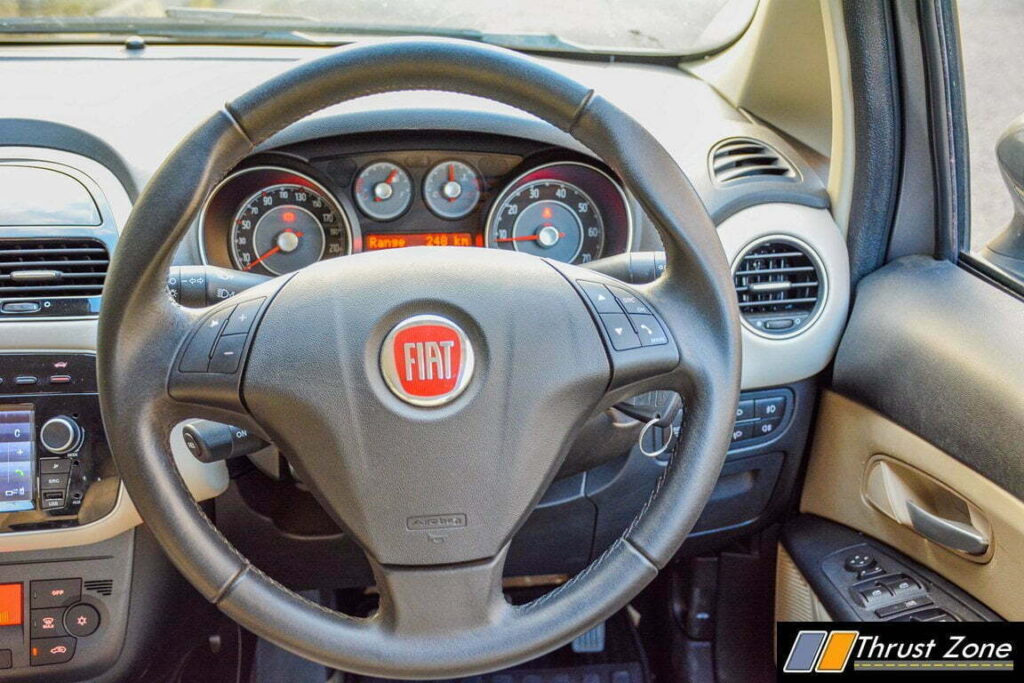 Parking sensors are here and work well. However, the keep buzzing the moment you engage into reverse which can be frustrating a bit at times. Meters have all fuel efficiency parameters and also has average time and distance traveled. All is controlled via a stalk on the right, which has a button. There is also cruise control, which is operated by the stalk.

Leather seat quality is top-notch and the seats they are extremely supportive. What is wrong are the ergonomics, the steering is almost in your face, you sit too high in a sporty car like this thanks to seat positioning, also because the car suspension has been raised. Pedal are placed quite close to each other which can get some time getting used to. 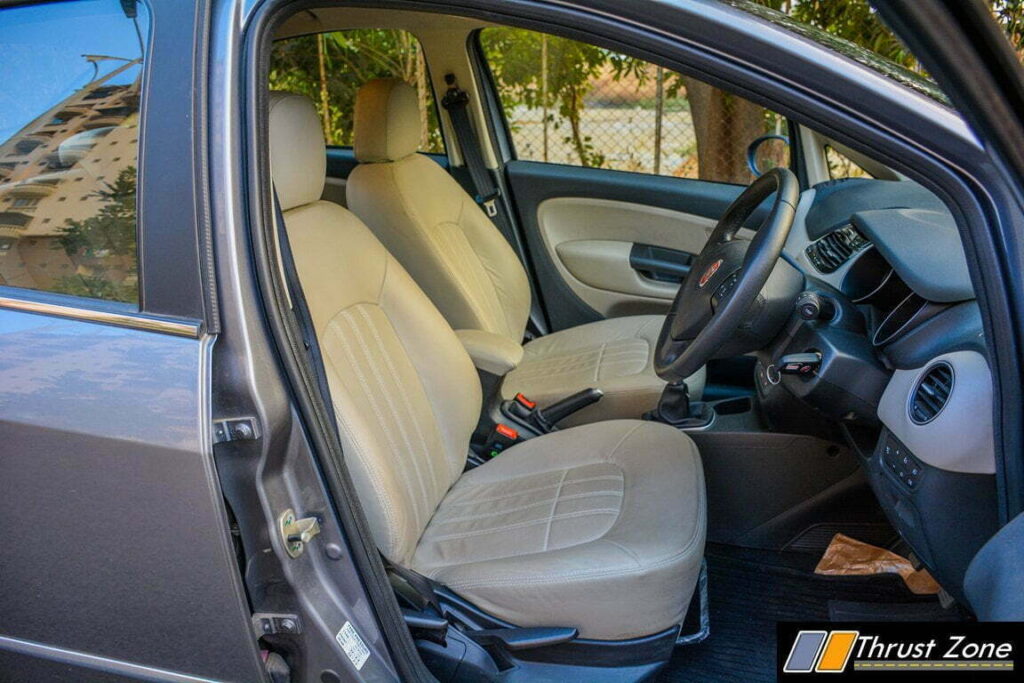 Visibility isn’t great at the front thanks to steel beam large in size alike A-pillars. The rear is also compromised but side visibility is good enough to deal at junctions. Steering is adjustable for rake as reach isn’t necessary at this point. Stowage area is limited, you have an openable cubby above, door pockets, coinbox on the right.

However, no cup holders or any space around the gear lever to tuck daily items. There is no lock button for doors and is operated by the door which can be irritating at times. Front armrest is a thing that doesn’t make sense and looks like an after market unit. Almost nill storage, very short in size and the rear of the armest is where you can put any bigger items. 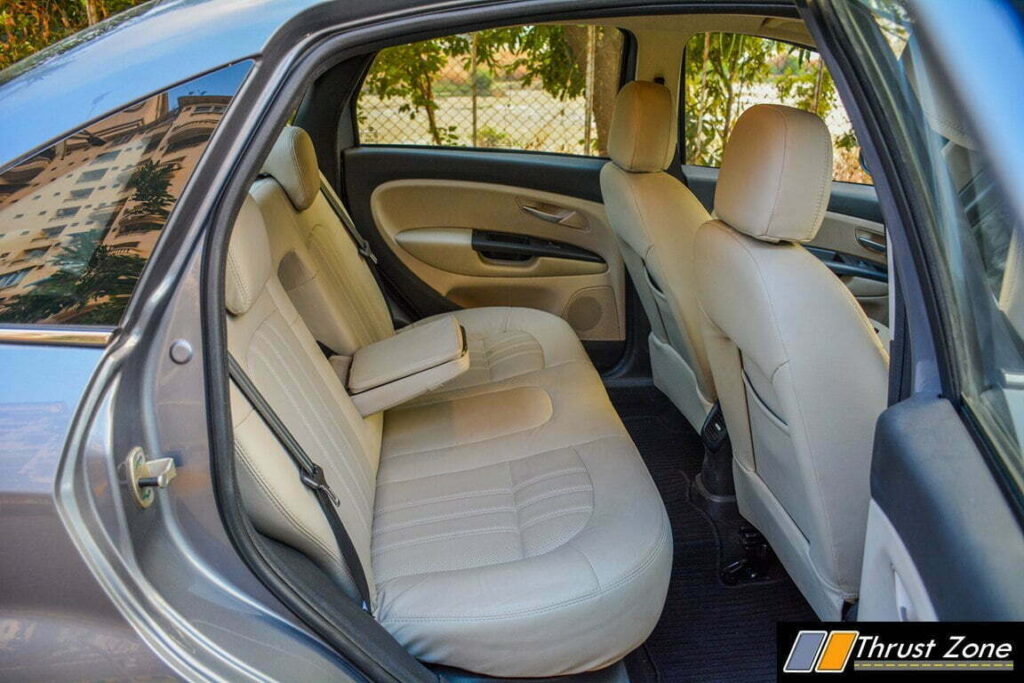 A/C is a chiller, but only at 2-3 fan speeds. Rear A/c vents continue to throw air despite shutting off is the reason you have to keep higher fan speed to maintain temperature. Space in the front and rear when it comes to leg and shoulder room is decent, headroom can be tight. Seats at the back are very upright isn’t that comfortable. Seats at the front lack under thigh support. There is a center armrest with cup holders which looks good too. Boot space is quite big though. Overall, a lot of quirks, but it still manages to be function-able enough to do the job. 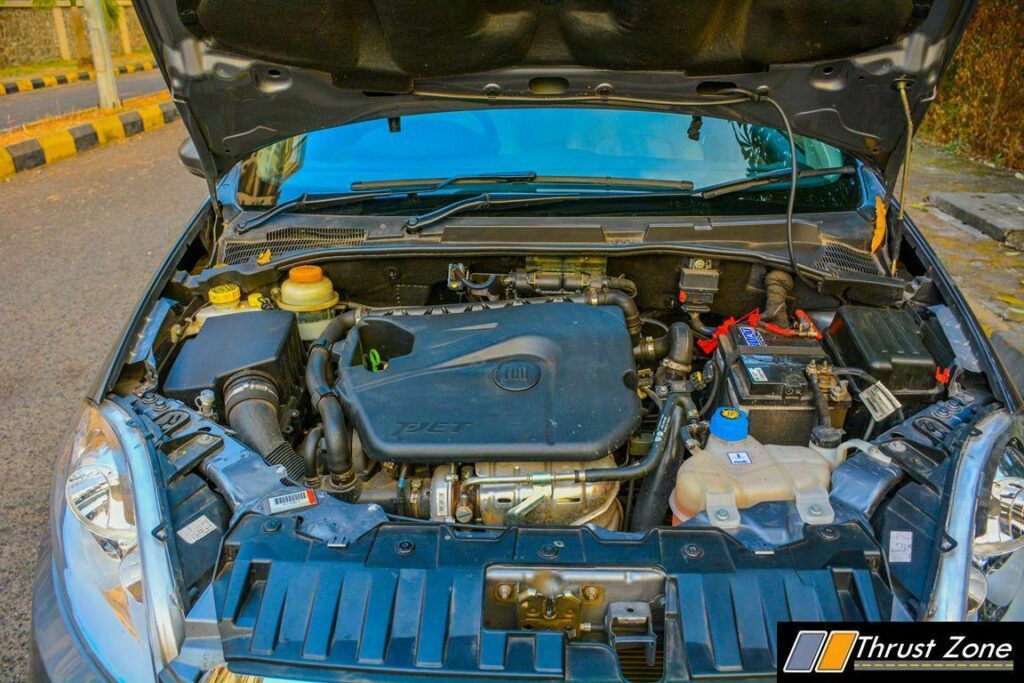 Powering the Linea 125 S is the same 1.4 Litre turbocharged T-Jet Motor. However, the tune here is different. The engine now makes 125 PS of power and 250 Nm of torque from its engine. The motor is mated to a notchy 5-Speed gearbox which has gotten better than the last time we tested but still isn’t smooth or easy. Even the gates aren’t defined properly and the old school mistake of shifting “into second instead of fourth” happens. The motor on the other hand is super smooth and has a aggressive turbo kick. Post 2500 RPM, the motor cleanly pulls till 6500 RPM redline. Something that is pointless because the engine runs out of juice post 5000 RPM. 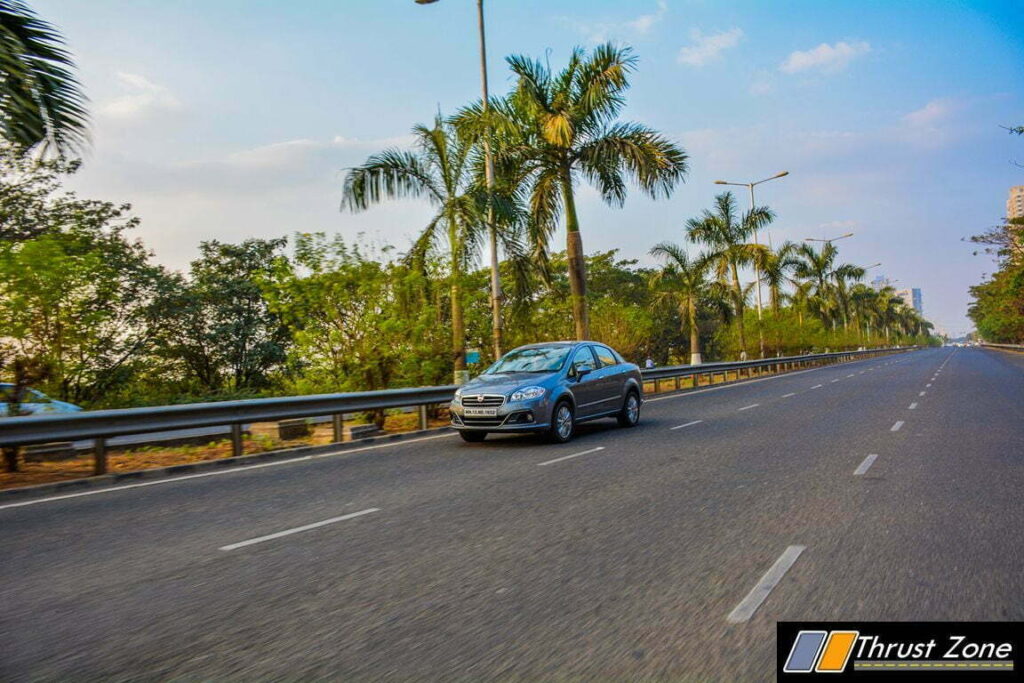 There is a lot driveability on offer as the torque spread and gearing is spot on. Mid-range is a proper kick in the pants and has enough thrust to take you on the horizon very quickly. Post that, the performance is dull and despite segment leading power figures, the top-speed is a 170 km/hr which takes a lot of time post 140 km/hr. Blame the high ride height and high kerb weight that the car has. 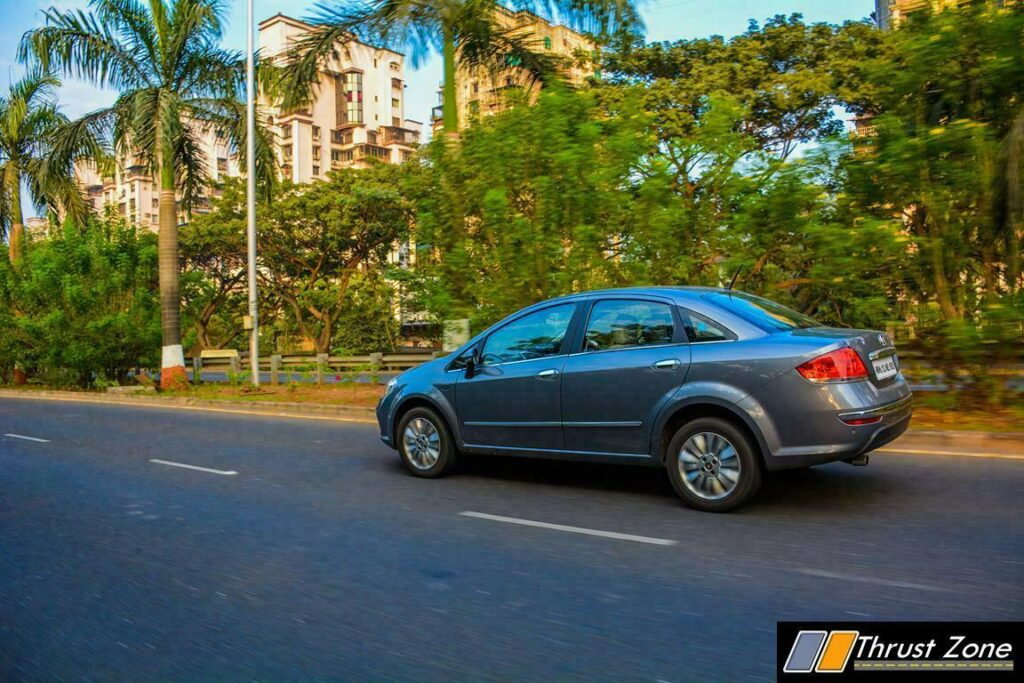 What happens when you accelerate hard in first four gears? Linea 125 S has so much torque steer that once you reach exactly 3000 RPM in any gear and keep on accelerating the torque steer makes sure the car is all over the place if you don’t have a firm hard on the steering. Fiat should have tuned to front-end diff to an extent where it can be controlled. Cars with 160 PS don’t go this wild as the Fiat Linea 125 S. It does bring a naughty smile on your face, but it isn’t public friendly. 100 km/hr is done under 10 seconds. We got a mileage 10.6 km/l from the car which is decent for a powerhouse of this size and the curb weight it carries. 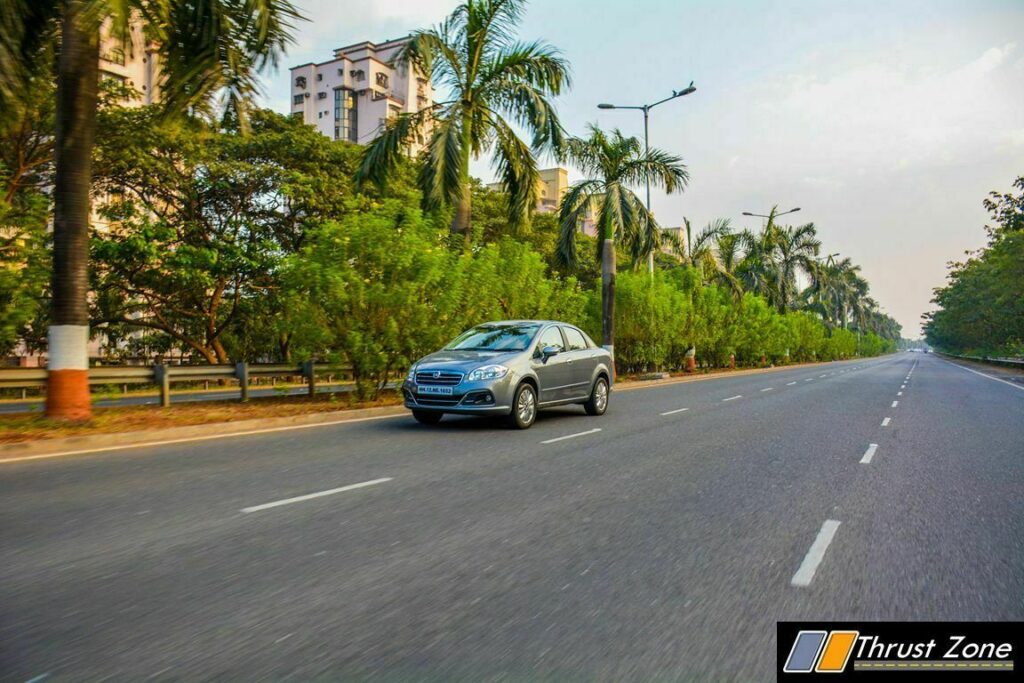 Dynamically, on paper, it doesn’t look good. The ground clearance has been raised, the weight is too high and there isn’t punch on offer. However, get behind the heavy steering wheel (physical weight), which is light enough for parking maneuvers and the Linea 125 S starts to impressive you, the urgent motor, the fairly quick steering ratio, the well calibrated lock to lock of the steering rack means chucking Linea into corners hard and fast is all smiles. However, there is body roll if you push to hard but that is well controlled. 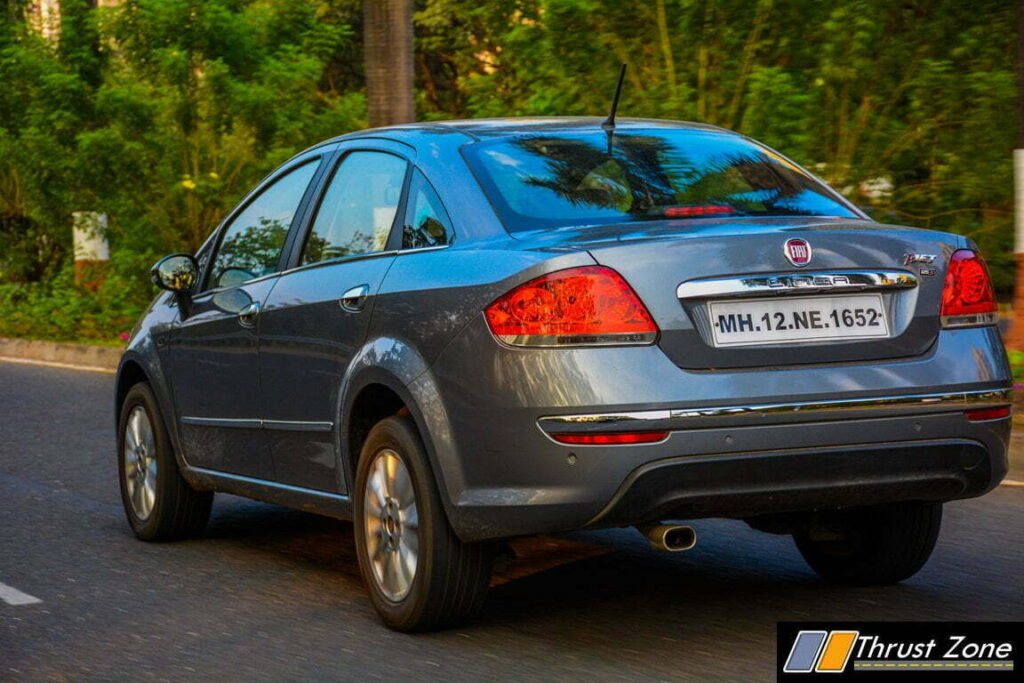 We remember the time there was almost no body roll before the GC was increased. The grip is fantastic, tires are great and brakes are overly brilliant with a perfect bite from the pedal and all four disc brakes are enough for this powerhouse to stop on time, or before time. Ride quality is on the stiffer side and you do feel it inside the cabin, but it is complaint enough at all speeds not to feel like a sports car. Highway stability is top-notch even at the very edge of its top-speed. Overall, Linea continues to impress, wish it was a bit lower and had the full fat 145 PS on offer and this would have been segment best by far.

Fiat Linea 125 S may be another nip and tuck job that Fiat offers to keep the product going, but it is an already impressive product when it comes to powertrain and chassis. The only downside is the practical bits which can be improved to make it a car far more superior in every way. While we can expect that with all new car that is set to be its replacement, the Linea 125 S remains a value for money product with just about enough capabilities and a lot of character to charm you only if you think by your heart. When was the last time an enthusiast bought a car with his head? 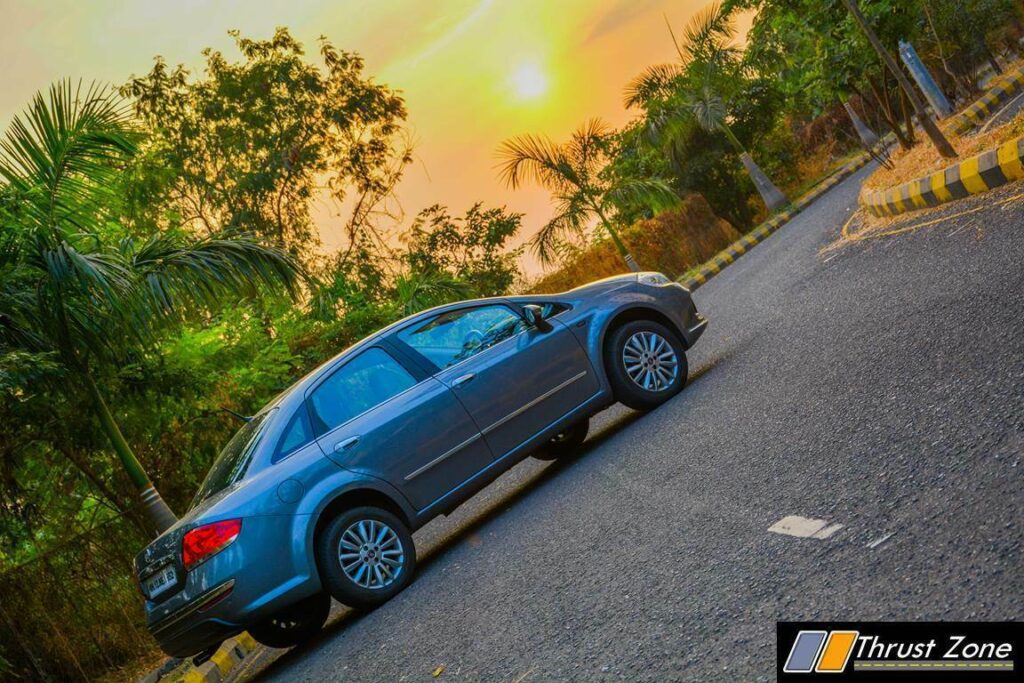 WOAH! BMW Could Plonk Engines In Next Generation 2018 Toyota Corolla