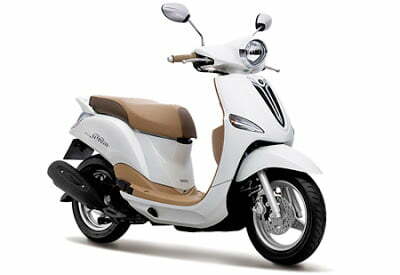 Yamaha Nozza Grande Spied In India is the same scooter that inspired Fasicno and was spied earlier, this time it could actually make it

Recently there was a Yamaha scooter which was earlier spotted in Chennai which has made all of us very curious. The video footage which we saw hadn’t revealed the details of the scooter that much but later did we know that the mystery product was the Yamaha Nozza Grande. The Yamaha Nozza Grande is already available for sale only in selected markets where it is powered by a 125cc engine.

However, the test mule that was spotted in Chennai was tested along with the Honda Activa 110, Yamaha Fasino and the TVS Jupiter which gives us the hint that we may see a relatively lower displacement version for the Indian market which I feel it would be perfect for Indian roads.

The scooter didn’t sport any camouflage as it just had a covered Yamaha logo and the covered product name on the side panel. The suspension in the front will most likely be handled by a telescopic fork, while alloy wheels and front disc brake are most likely to be available as optional accessory. The other features will include a headlight with regulatory DRL function, external fuel filler cap and boot light. 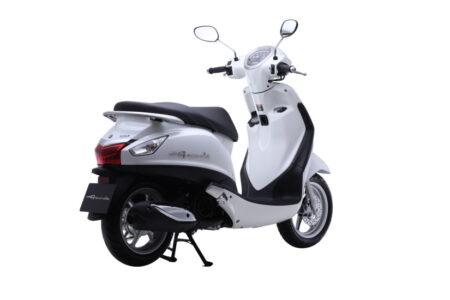 As mentioned before, the test mule was spotted along with the Yamaha Fascino and its rivals TVS Jupiter and Honda Activa 110. So unless Yamaha wants to rattle our brains by testing it alongside 110cc scooters, we may see the Nozza Grande will use the 113cc air-cooled, 4-stroke, SOHC, 2-valve engine.

As the festive season is approaching we might hear more about the official launch. The information of the displacement of the upcoming scooter is not final. There is an expectation that we might hear from Yamaha from the coming weeks once that’s done we will surely upload it so stay tuned…!