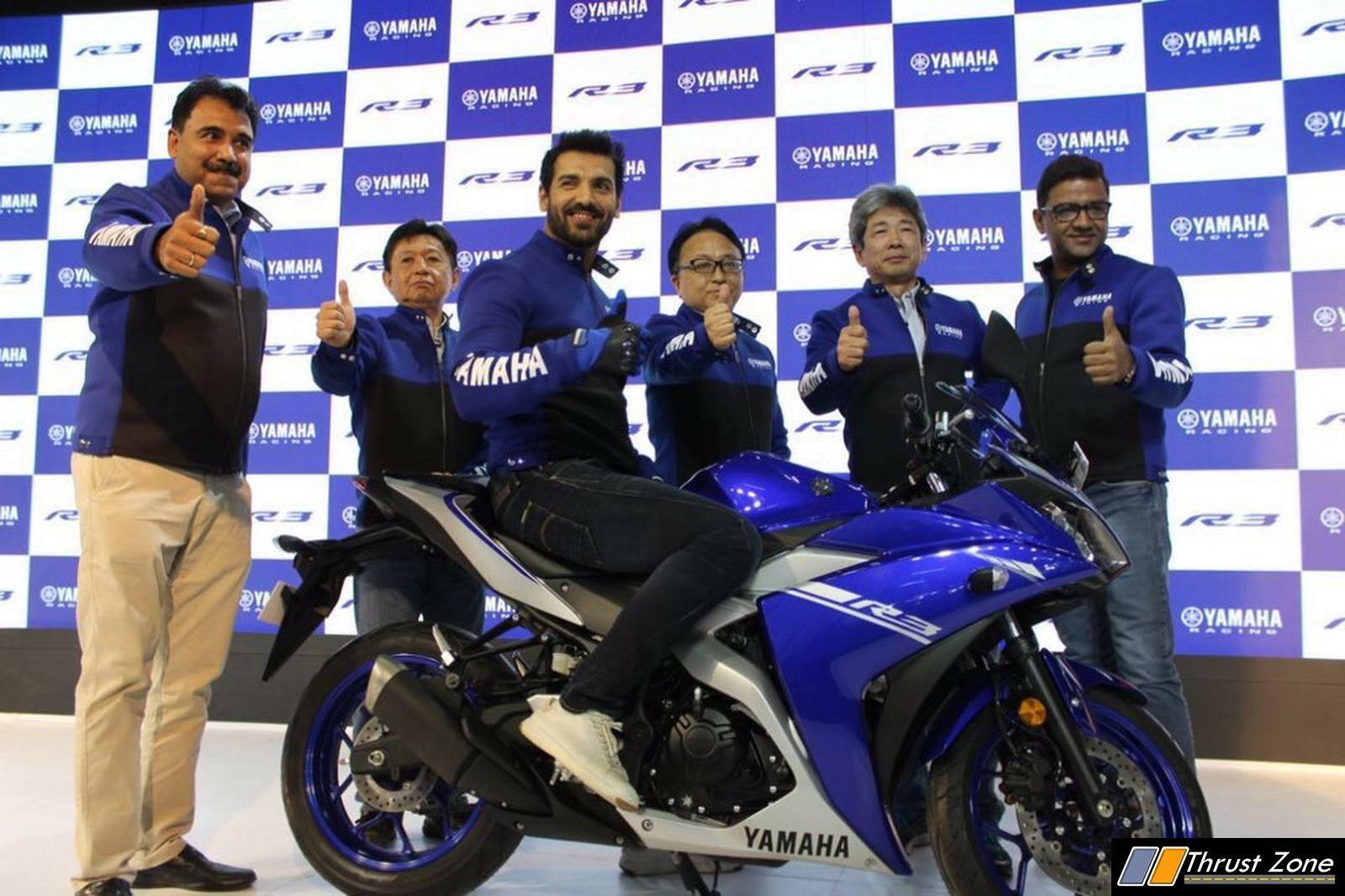 The all new Yamaha R3 BS4, 2018 has been revealed and its look is making the global markets go crazy. Apart from the corrective changes, there are no mechanical alterations done to the motorcycle. The new R3 gets a new Yamaha colour theme which is a black and blue paint scheme. This colour would certainly be a huge head turner amongst the other choppers in the upcoming Auto Expo. Apart from this, it is also believed that the chopper will prove to be a potent competitor to its rivalry brands like Honda, KTM, and Bajaj.

The 2018 Yamaha R3 BS4, is the fourth variant out so far and it still stays with the very same 321cc inline-twin, fuel-injected and liquid-cooled motor that is capable of producing 41 HP of power at a top speed of 10,750 RPM and a stunning 29.6 Nm of torque at 9000 RPM. The motor is teamed up with a 6-speed gearbox. The suspension is continues to be the same 41 mm KYB forks located up front and a KYB mono-shock placed at the rear. The breaking duties are being performed by the 298 mm disc up front and a 220 mm disc at the rear, where the popular ABS braking system which is being offered as an option. The motorcycle weighs around 170 kilograms and it also dons a fuel tank with a mediocre capacity of 14-litres. 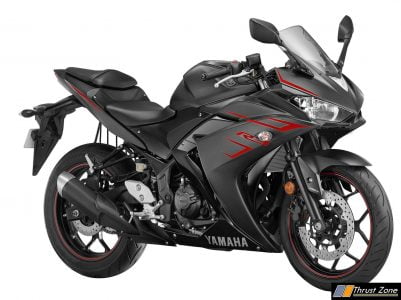 The price tags begin at Rs. 3.48 lakhs for the ABS version. The 2018 Yamaha R3 is ready to be on sale from February 2018 in India. Other than the new Yamaha theme colour, the new R3 is also available in Racing Blue and Magma Black. Yamaha had abruptly slain off the R3 in India after the ban on BS3 vehicles earlier last year. Today it is here with a bang and should help Yamaha increase share in the competitive segment.