Benelli in India is one of the few international brands in the country trying hard to gain volumes, attention and a space in the Indian market for them. All of this started by launching high-end motorcycles in the market one after the other and some of them all together. The motorcycles had their highs and lows when reviewed, compared and tested. The brand was missing a key element in their bikes and it is ABS.

DSK Benelli in India is doing that in the year 2016 and almost all motorcycles will come with ABS by the end of 2016. Today, there is a new offering in the very popular segment, that is the quarter litre segment. Benelli TNT25 is the motorcycle, the DSK group and Benelli themselves bank highly on despite stiff competition. We have a closer look at it to tell you what it is about.

The Benelli TNT25 looks like a modern-day skinny street fighter with a tall stance, a shorty stubby rear along with meaty hardware in the right colors, creating the right contrast. Headlights are very much like that of the KTM Duke. However, rest of the motorcycle is quite traditionally styled with a subtle-sized fuel tank, chunky alloys, fat tyres and everything else make it look purposeful. Sharp looking engine belly fairing does stick out and grab attention. The tail-lamp unit at the rear is vertical and reminds of a scooter in the domestic market.

Benelli TNT 25 was launched in India in the year early 2016 and was priced very well at Rs 1.68 lakhs and will launch it in all Asian countries soon.

The part where it excels on paper is the hardware it offers. The Trellis frame, Upside down forks and monoshock at the rear with an aluminium swingarm makes it quite interesting and should do well on the road. Brakes wise we have 280 mm disc at the front and 240 mm disc at the rear

The engine on the TNT25 makes the right amount of power, but the torque is on the lower side.The single cylinder makes it more affordable and efficient. Kerb weight too is slightly higher than expected. However, all of this should make it a relaxed tourer which should return a decent amount of fuel efficiency as well. A big tank makes gives quite a good range too. 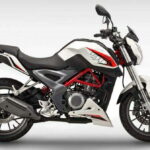 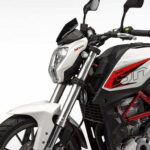 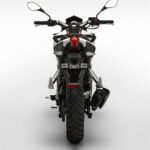 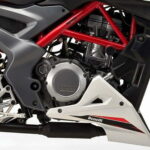 NO ABS or CBS has been offered yet, Benelli say it will happen in the year 2016 itself.