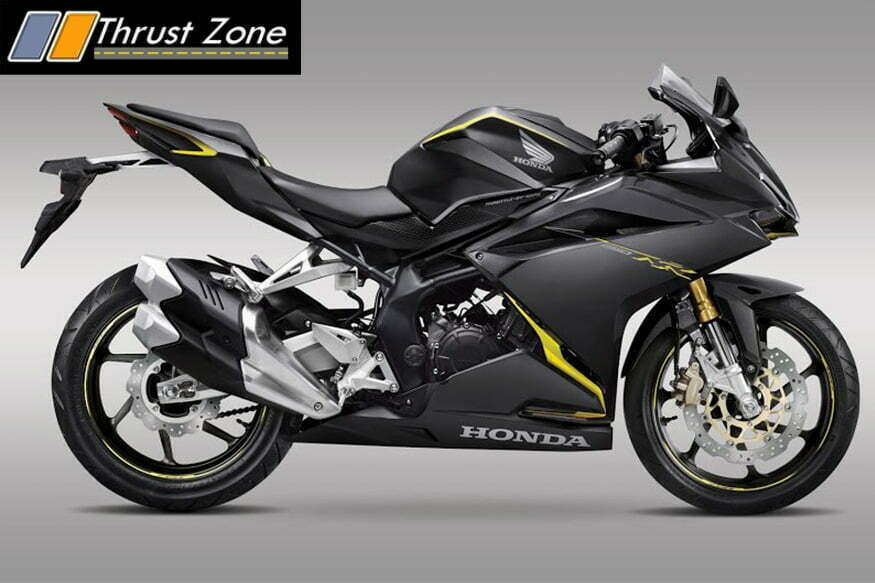 Honda hasn’t had it easy when it comes to breaching the premium motorcycles sales in the quarter litre category which stretches from 200-400 of cubic capacity. The motorcycles such as the 250cc and 300cc single cylinder did make much hype anywhere in the world and same case can be seen in India as well. Competition was offering motorcycles such as 390 from KTM, R3 from Yamaha and Ninja 300, who started all of this in the first place.

Honda wants to get back into the game and it has begun its work secretly as endless rumors and rendering come out of the internet. Production was confirmed for the first few motorcycles from the Honda factory in Japan in the month of March 2016. Let’s get into the details of the CBR 250RR.

Clearly, the major highlight of the motorcycle the way it looks thanks to the hardware and the paint schemes that Honda is known to offer worldwide. The very sharp and edgy fairing side panels look great and are well executed. The front is almost like a beak and will have futuristic looking headlight configuration. Anchor Gray metallic, Honda Racing Red and Mat Gunpowder Black Metallic are the colors being offered.

RAM air scoops will make things more Gothic to look at. Raised tail section, with a sleek and traditional looking fuel tank from Honda makes it look aggressive for a Honda in a long time. Exhaust canister will be quite a chunky unit. Overall it’s a very sharp, edgy and futuristic looking motorcycle.

250cc launch happened in the month of October 2016 in Indonesia. India launch is denied for now. 350cc version could be made and come to India. Expect then a price of Rs 3.0 lakhs for that.

This segment of motorcycles from the Japanese brand have a traditional twin tube frame which is rigid enough and modified to fit a parallel twin-engine is also found on the CBR250RR. Suspension wise, we see upside down forks at the front and monoshock at the rear which will be an adjustable unit. Brakes are standard issue where we can see a single petal disc with four pot calipers and 310mm disc size at the front and 240mm rear disc at the rear.

The most exciting part of the motorcycle is the new 250cc twin-cylinder engine. Engine makes 38.7 BHP of power and 23.3 Nm of torque. The numbers were counted at the transmission output shaft and not at the crank. This engine will go where the market demand for 250cc motorcycle. Engine gets ride by wire system to meet new norms and provide riding modes. On the other hand strong rumors, which are almost confirmed say that a 350cc engine is on its way. We expect it to be around the 300/350cc area, a high revving engine that will make 45 BHP and 30 Nm of torque and fight against its key rivals such as once and for all.

Features list includes a loaded instrument cluster with all tell-tale modern-day lights and information. There is ABS as option on this quarter litre motorcycle.