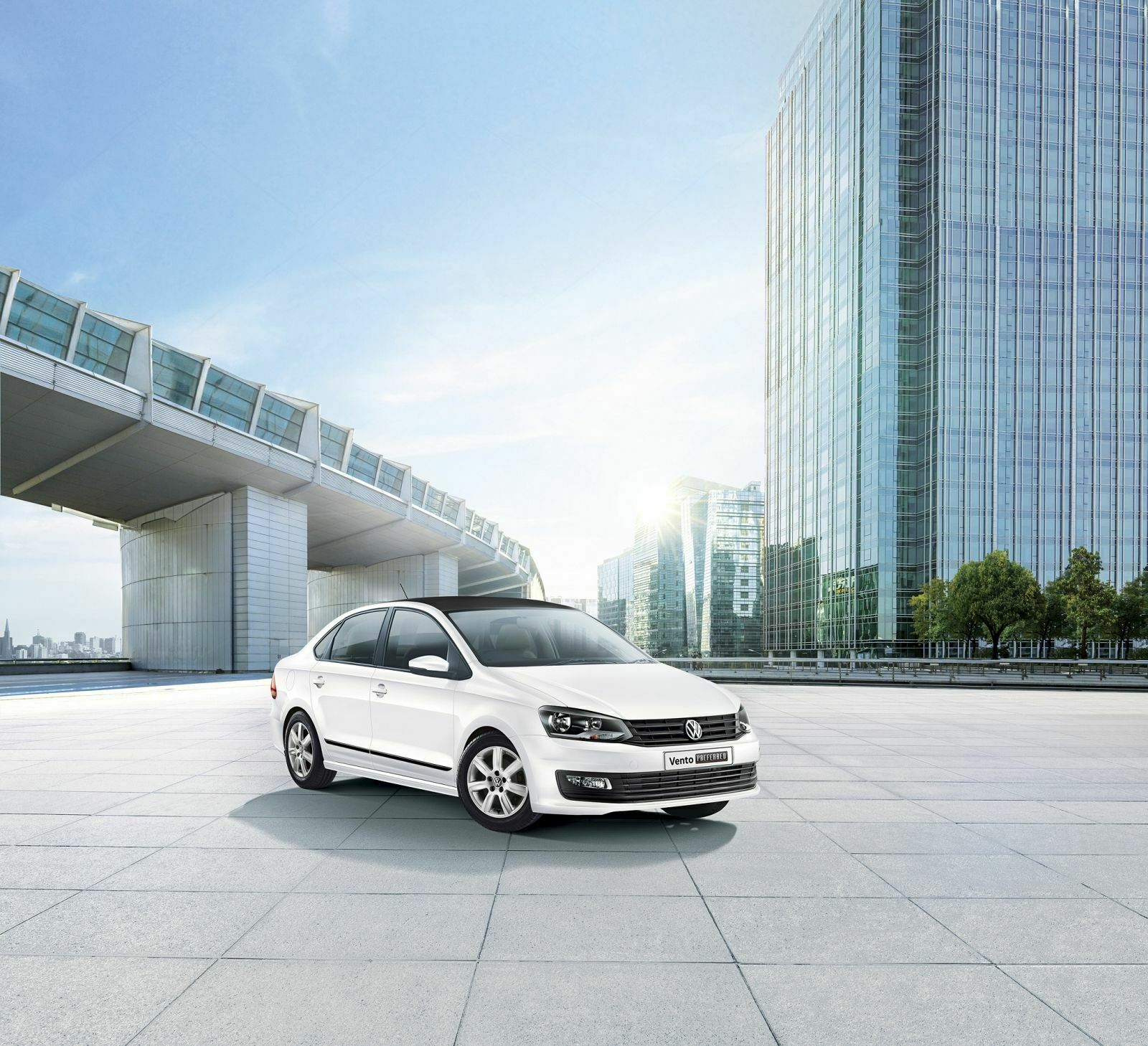 Volkswagen just launched Vento recently which was done sneakily as it shipped out cars with the 110 PS diesel engine that was recently seen in the Ameo and Skoda Rapid. The car came with the similar price tag as before there weren’t any changes to the cars cosmetically but was offered with a new silk blue color to choose from. The Vento now on the other hand continues with Volkswagen tradition of offering something new in a better way. The limited edition packages are here and it started with the recently launched Polo All Star. The Volkswagen Vento Preferred Edition seems to be targeted at the corporate audience which gets discounts quite easily and want more bang for their work.

2016 Volkswagen Vento Preferred Edition will continue to offer everything it had cosmetically, but it now gets decals on the side of the doors at the lower half, a black roof, a black grille and that’s pretty much it. There will be decals stuck on the boot. Engine options to choose from are aplenty as always with the Volkswagen cars. There is 1.6 Mpi petrol motor that comes with an manual gearbox and a torque convertor. There is the new 1.5 diesel engine that makes 110 PS which also comes with the same 5-speed manual gearbox but the automatic is the dual clutch automatic gearbox. There is 1.2 Tsi motor that is also matched to an DSG gearbox.

There aren’t changes made to the interior so expect similar level of features and the usual high quality cabin which comes with several new add-ons such as touchscreen unit, chilled glove box, adjustable front passenger seat with a hook at the back and much more. Priced at Rs. 9.64 Lakhs, it is Rs. 50,000 more than the new version that was launched yesterday but it does you offer more and exclusivity at the same time.