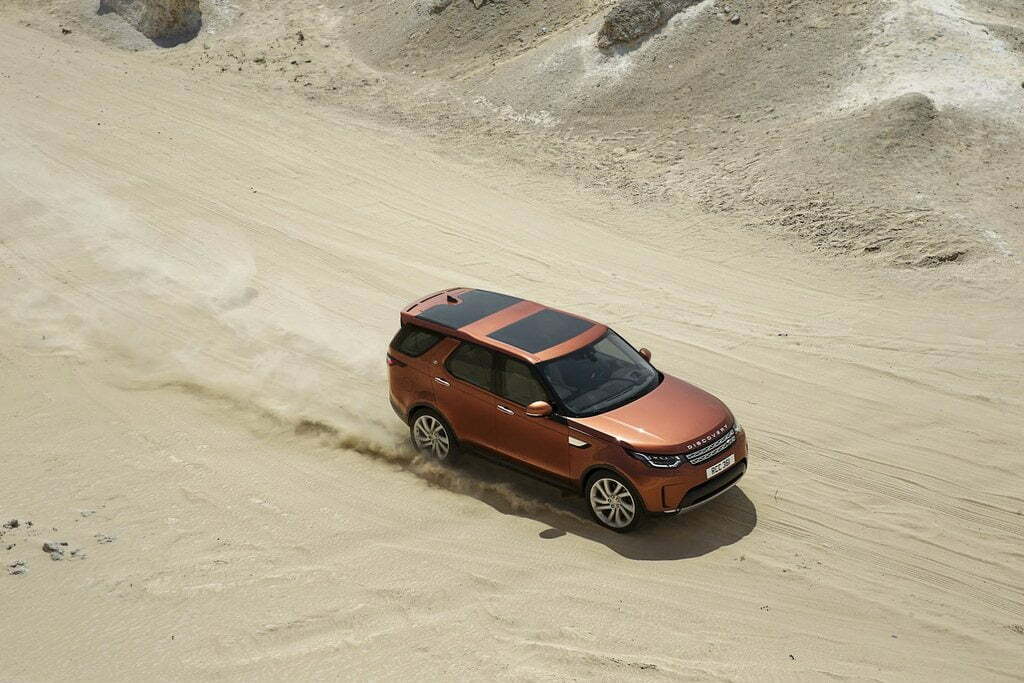 On the inside gets five new interior colour options to choose from. Nimbu, Acorn, Glacier, Ebony and Vintage Tan. There are five and 7-seater options. The new Discovery has an increased wheelbase of 38 mm, which should make it better on cabin space. The second and third row of seats can be adjusted using the switches located inside the tailgate. The infotainment system can be used through smartphone app and is called Land Rover’s InControl Touch Pro Services system. There is a First Edition trim that has been launched to celebrate the introduction of the new Discovery. The SUV is limited to 600 units.

Engine options available with the 2017 Discovery include the ubiquitous 2.0-litre turbocharged four-cylinder diesel that makes 237 BHP and 500 Nm. There is the more powerful 3.0-litre turbocharged V6 diesel that makes 254 BHP and 600 Nm of torque. For people who want petrol fun, there is the F-Type borrowed 3.0-litre supercharged V6 petrol that churns out 335 BHP and 450 Nm of torque. All engines are mated with an 8-speed ZF automatic gearbox. Power is sent to all four-wheels as it is standard throughout the range.