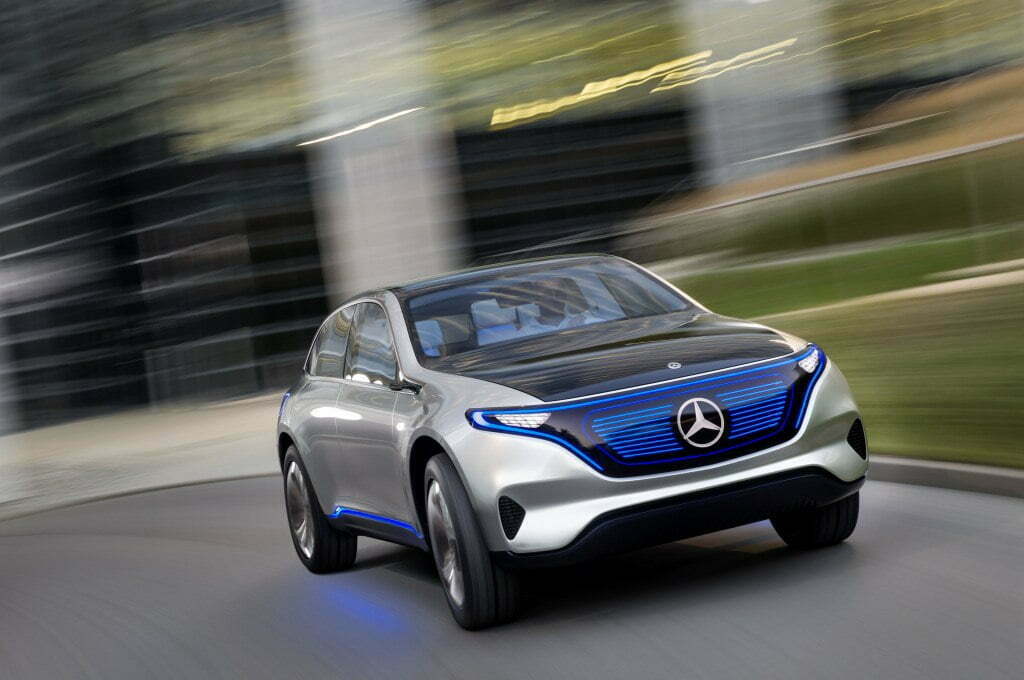 At the ongoing 2016 Paris Motor Show, Mercedes ha unveiled an all-electric SUV coupé study called Generation EQ concept. This concept previews new Mercedes family of cars under the new EQ brand. The Mercedes Generation EQ is powered by a pair of electric motors producing a combines 402 BHP and 700 Nm torque. The concept has scalable battery architecture while the car comes with permanent AWD. Interestingly, Mercedes is claiming a range of 500km on a single charge for this Generation EQ concept. So save space, the battery pack has been mounted between the axles. The lithium-ion batteries are built by Daimler itself with a model-specific total capacity of over 70 kWh. Performance figures say that the car would do 0-62mph in 5 seconds.

The reason Mercedes took the SUV design route for this model relates to the popularity of the particular body type. Design-wise, the Generation EQ looks dynamic with really clean lines. As per Gorden Wagener, Head of Design at Daimler, Mercedes rethought the design philosophy creating an avant-garde, contemporary and distinctive electro-look. The main design feature that will be presenting all future ‘Generation EQ’ electric models is the Black Panel front grille. This grill design bears a white-illuminated Mercedes star emblem. It also integrates all the light elements under one surface.

The concepts cabin shows four seats which have speakers integrated to their headrests for a better sound experience. There is a classy looking rose gold trim on the center console and on the door handles. There is also a fairly wide modular display behind the steering wheels as well. Mercedes ahs also added another set of displays which are integrated into the front backrests. The company says it is currently developing a new modular architecture exclusive to electric vehicles of their new EQ sub-brand. Mercedes also declared that the Generation EQ Concept be the first one to reach production in 2019.

This would mean that this model will compete against Tesla Model X and Audi’s E-Tron Quattro. This concept can be charged wirelessly, traditionally and by fast charging as well. As for the price, Dieter Zetsche said during the official show of the car that their new electric crossover will be at the same price range of a reasonably equipped Mercedes GLC. He also said that by 2025, Daimler will have more than 10 fully electric models on the market.