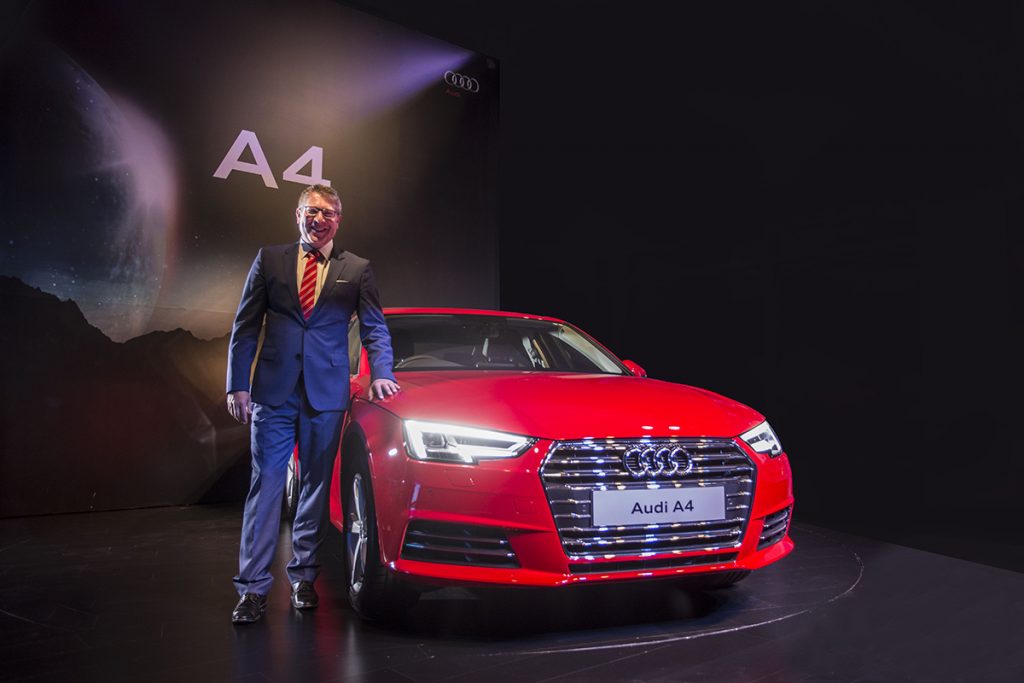 2017 Audi A4 India Launch Commences at Rs. 38.10 Lakhs is good pricing for the small petrol motor, will go against tough rivals

Audi is one of the four brands in the country launching products in every segment be it performance, petrol, diesel and much more. To counter rivals like Mercedes-Benz who has been on a global and nation frenzy of taking market share from every rival in the world. The Mercedes C-Class has been winning accolades worldwide for its quality, styling and practicality that is offering. Audi had to reply and it did by replacing the ageing Audi A4.

The new 2017 model may not look as good as new but it looks more like a major facelift. On the exterior it features has the signature front grille with LED headlamps and dynamic turn indicators. However, interior is where Audi has turned the tables completely. The new 2017 Audi A4 gets the Audi Virtual Cockpit instead of the typical speedometer which showcases everything for driver. Right from navigation to speed. Features list includes a new MMI infotainment system with Navigation and MMI Touch, compatibility for Apple CarPlay and Android Auto, wireless charging pad, three zone climate control and memory function for seat front seats and much more.

The new 2017 Audi A4 is 95 kg lighter than the previous generation car thanks to the use of intelligent material mix, which includes Aluminum and high tensile steel. The 2017 Audi A4 is Badged as the 30 TFSI, and is powered by a 1.4 litre turbo petrol engine that develops 150 BHP and comes mated to a 7-speed S-Tronic gearbox, that continues drives the front wheels like other Audi models.

The new A4 does the 0 to 100 km/hr in 8.5 seconds and has a top speed of 210 km/hr. The car also features a fuel saving free wheeling function called ‘Coasting Mode’. The new Audi A4 rivals the Mercedes C-Class, BMW 3-Series, Jaguar XE and Volvo S60 in the Indian market and worldwide and it will be interesting see how Audi prices the diesel, which will be the volume bringer.