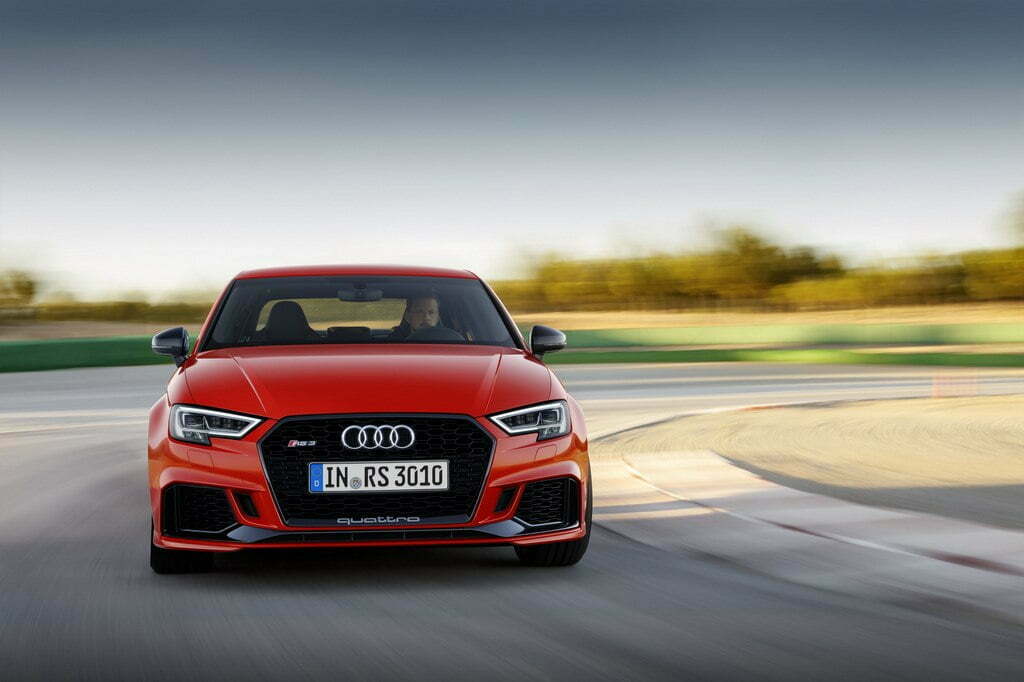 ‘Absolutely freaking not’ 2017 Audi RS3 Four-Door Makes 400 PS of Power, this is the most powerful 5-cylinder ever made till date

Audi just launched the most powerful RS3 model in history of the car. This happened during this years ongoing Paris Auto Show. The five-cylinder engine now packs 400 PS and 480 Nm of torque. RS3 Sportback continues to make 367 PS and 465 Nm to give you an idea of what’s happening here. Power comes from an retuned 2.5-liter TFSI 5-cylinder motor. The engine is also 26 kgs lighter than before. The engine now comes mated to the same seven-speed S-tronic dual clutch gearbox. Power is being deployed to all four wheels via Quattro System.

RS3 Four-Door Makes 400 PS is so powerful that on paper it beats its nearest rival, the Mercedes-AMG CLA 45 4MATIC. The Mercedes has 381 PS and 475 Nm of torque from a four-cylinder engine. Something which Mercedes claimed to have the most powerful four-cylinder in the world now. The CLA does hit 100 km/h (62 mph) in just 4.2 seconds. The RS3 Four-Door Makes 400 PS version can do it in 4.1 seconds. This does end up giving Audi their bragging rights back when it come to entry-level sedan performance numbers.

Audi have come up with a wheel-selective torque control. A system which brakes the inside wheels during fast cornering and it helps it stay stable through the corner and go flatter. This makes it more stable in every single aspect. External changes are over the A3 that we see on the roads. There is a aerodynamically crafted body kit that increases the car’s road- presence and the performance also in every way. India launch could happen some time soon in the future. Audi is now known for getting cars to India with a twist as well. Globally, expect this RS3 Four-Door version which makes 400 PS all the noise in the world.

2017 All New Volkswagen Polo To Be Larger and Lighter By a BIG Margin, SPIED!