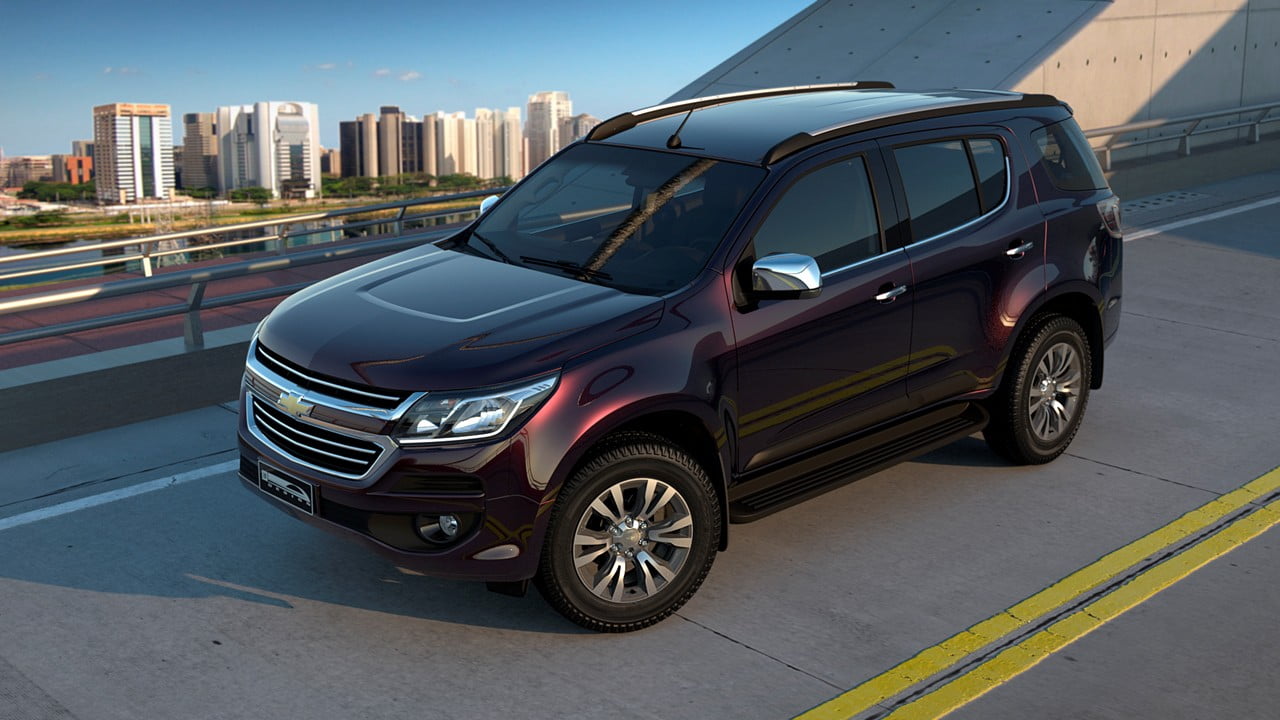 Chevrolet, as we know has huge plans for the Indian market. GM is all set to pump a billion dollars into its facilities, plans and products to make sure they regain the market share that they have not gained or lost over the years. One such attempt is rejig the small car market which is under progress as we are set to get three-four new vehicles in the sub four meter category. The second is the big and brawny SUV’s and MPV that we are set to get. The facelifted TrailBlazer is one of them and is recently imported into the country, launch can happen in Diwali and will continue to be a great package as before. We give you a detail idea of this massive SUV.

The engine is most likely to stay the same. Seen in the current generation, the 2.8-litre DURAMAX diesel engine. The engine ends up producing a massive 200 BHP of power at 3600 RPM and an insane 500 Nm of torque at 2000 RPM. Mated to the engine is a 6-speed automatic gearbox. The manual gearbox isn’t an option for now. Expect real world efficiency to be around the 9-10 km/l mark.

The TrailBlazer is one mean machine when it comes to design and size. The dimensions are captivating and the SUV has some serious stance with 241 mm ground clearance. At the front, we see major changes such as brand new grille, bonnet, bumper and head and fog lamps have changed. Side profile remains the same and the rear has minor tweaks to the bumper and tail-lights, but not by a huge margin. The 4.9 meter length and 1.9 height speaks for itself.

The SUV will continue to get the ladder on frame chassis, will not see many changes in dimensions. The suspension will be independent on all four corners and 4×4 could be offered this time as the current version just comes with 4×2 variant. Disc brakes all around can seen been like the current generation.

Expect the similar interiors than before, but more features to be offered. A bigger screen than the current 7-inch screen for the Mylink system. Connectivity options included we can expect Apple Car Play as well. A revised instrument cluster along with steering mounted is expected as well. Good quality interior with decent levels of fit-finish all around makes it pleasant cabin to stay in. We expect a sunroof as well with the giant SUV this time. Parking sensors and camera will come as standard.

Launched is expected around Diwali 2016 and prices should remain the same around the same Rs. 30 lakh mark on-road for this machine in Delhi, which is priced very well according to the category.

The 7-seater SUV, sadly, comes with only dual front airbags, which should have been more considering the size and price bracket. There are passive electronics keeping you safe such as, ABS, EBD, Panic Brake Assist, Hill Descent Control, Hill Start Assist, Traction Control System, Electronic Stability Control and Cornering Brake Control as well. We expect more airbags with the facelift.

Pulsar VS400 Caught Testing on Video, R15 Fails To Catch up