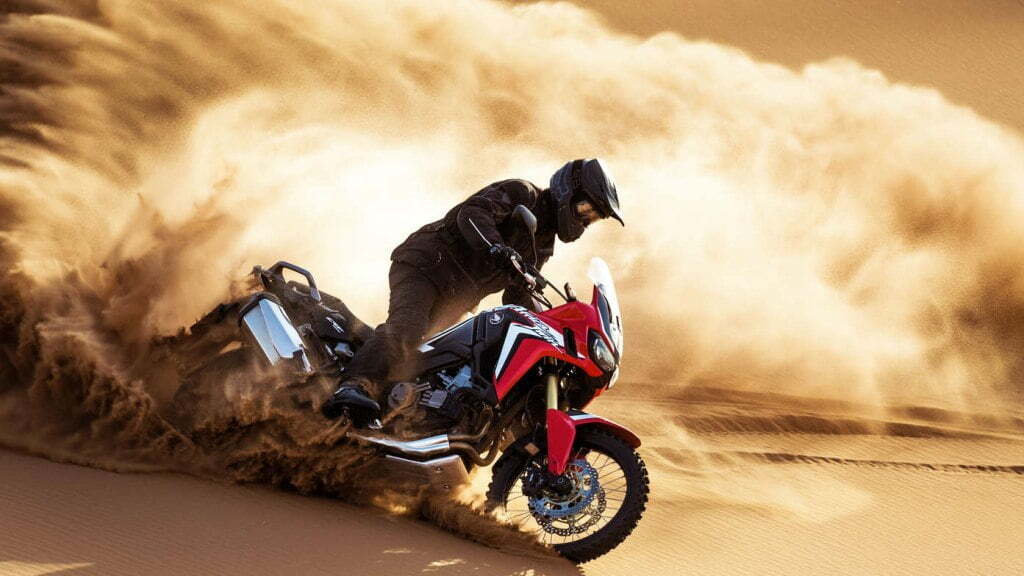 2017 Honda Africa Twin Launched at a Great Price Of Rs. 12.90 Lakhs comes as a CKD in the country and will offer a lot of adventure to enthusiasts.

Honda Africa twin is a name whose legend is carved in the harsh terrains of the Dakar rally. When finally after years of speculations the Honda Africa Twin arrived globally as a 2016 Model, the world got the big ADV bike from Honda it had waited for. The bike was showcased at the 2016 AutoExpo and those twin LED headlights and the segment first DCT mechanism of gear operation. Today, it has been launched at a great price tag. We have all the details for you.

The Honda CRF1000L or the Africa Twin is inspired by the legendary Dakar Rally championship winner motorcycle from the 80’s by the same name. Honda has carried forward the legendary twin headlight stubby face of the bike. However, here the headlights are full LED. The bike is tall with wide handlebars and a high seating height. As a full grown ADV should be, the Africa Twin has a long travel suspension and an upswept exhaust that enables the riders to venture far and wide into the uncharted territories.

The Honda Africa Twin has a Honda tried and tested perimeter frame with a lon travel suspension. The front suspension is a standard telescopic one while the rear is a monoshock. The front wheel of the Africa twin is a 90/90-R21 with tube while the rear one is a fat 150/70-R18 tube type. The braking is taken care by Two 310 mm floating discs, radial calipers hub and 4 pistons (ABS) and sintered pads while the rear unit is a floating disc 256 mm a 2-piston calipers (ABS) and sintered pads. DCT version also includes parking brake system. The bike with its kerb weight with DCT of 242kg is also among the lighter full size ADV motorcycles in the global market.

The bike has been launched in the month of May at Rs. 12.90 Lakhs. ex-showroom Delhi.

It is powered by a 998cc parallel twin that makes 88 BHP and 92Nm. This engine mated to an DCT gearbox only, there is no manual on offer. HONDA SELECTABLE TORQUE CONTROL SYSTEM (HSTC) offers 3-levels + switch-off (DCT/ABS model only, not on STD model)

The Africa Twin has LED headlights and DRL’s while ABS are on offer. Also on offer will be different riding modes that will enable the rider to choose the best mode as per the conditions. 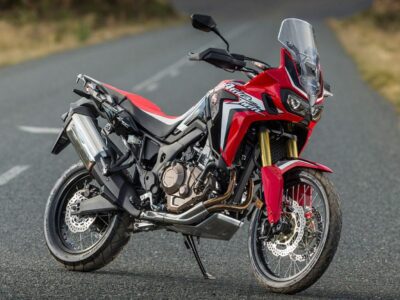 The Honda Africa Twin will compete against the likes of the Kawasaki Versys 1000, Triumph Tiger 800 Series, BMW R1200GS, in the Indian Market.