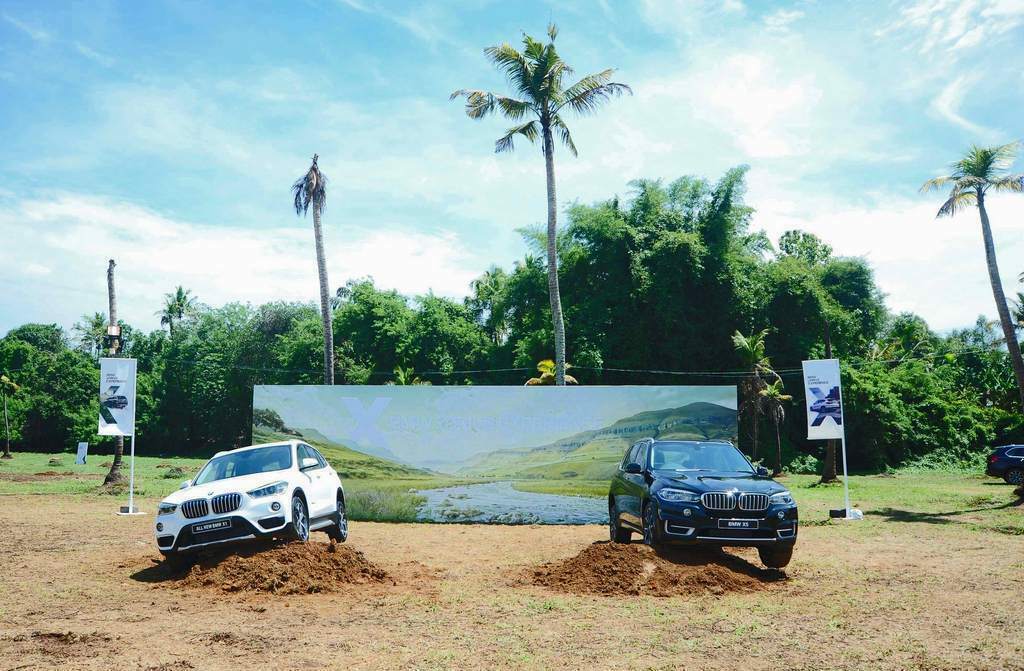 The BMW xDrive Experience showcases the technology of BMW Sports Activity Vehicles (SAVs) such as BMW X1, BMW X3, BMW X5 and BMW X6. Under the expert guidance of internationally certified BMW trainers, participants will get to experience the control, manoeuvrability and the grit of signature BMW xDrive technology on specially designed off-road track. 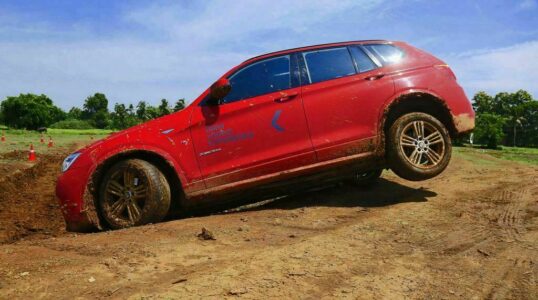 The BMW xDrive is an intelligent all-wheel drive system that monitors the driving situation constantly and distributes drive power smoothly between the axles. BMW xDrive splits drive variably to the front and rear axles to suit the driving situation and the surface. Under normal driving conditions xDrive works with a basic 40/60 torque split front and rear. If there is any sudden change in requirements on account of differences in the friction values between the road surface and the driven wheels or because of the driving situation, the torque split can be varied within a fraction of a second without the driver even becoming aware of the change. Other manufacturers, who use all-wheel drive principally to make up for the shortfall in traction suffered by front-wheel-drive vehicles, BMW tunes its xDrive system to provide handling typical of rear-wheel drive. Even in normal situations on the road, all-wheel-drive BMW models send the lion’s share of drive to the rear wheels. 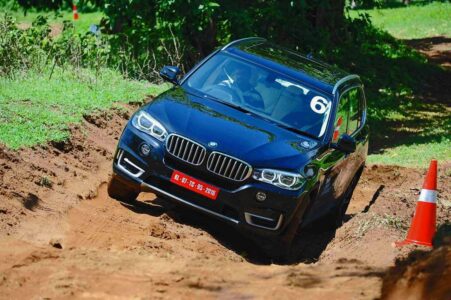 Then there is the Intelligent and variable of the system. Starting from a distribution between front and rear axle of 40:60 as is prevalent in normal driving situations, the power distribution can be altered to continuously variable levels. According to the requirements of driving dynamics, the power transmission proportion may vary between 50:50 and 0:100 per cent. Thus, xDrive uniquely enhances directional stability and driving dynamics when taking bends at speed. 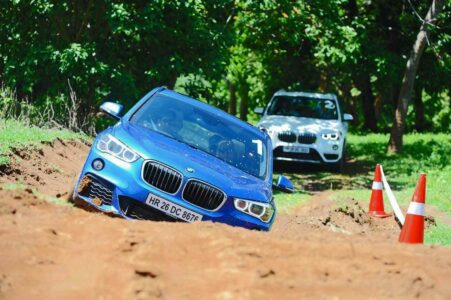 With BMW xDrive reacting within fractions of a second when setting out on slippery or loose ground, for example, the time-lag between the loss of wheel grip on the surface and the re-distribution of drive forces to wheels with grip is only a few milliseconds. And it thinks ahead too. As one drives, the xDrive analyses data from the on-board electronics systems such as speed, steering angle, torque output and other key factors – and calculates whether the vehicle can follow the driver’s wish or if it threatens to oversteer or understeer, thereby preventing the vehicle from swerving. Make sure you register and get the expirience of the drive which promises a lot of thrills.