2017 Honda Fireblade India bookings are open right now and the manufacturer will be making them available shortly to customers.

Honda blew everyone away with the new Fireblade that was unveiled in Milan Motor show of 2016. The motorcycle had everything, superbike looks forward when it comes to adding modern touches to its motorcycles. Honda has always went a step ahead and made sure it, this time gives everything it can from the racing and experience it has all these years of development.

The 2017 CBR1000RR Fireblade SP marks 25 years since the celebrated machine. The 2017 Honda CBR1000RR Fireblade comes with a 999cc in-line four cylinder engine, producing 189 bhp at 13,000 RPM and 114 Nm at 11,000 RPM output mated to six-speed transmission. The 90% of main components revised for a 16kg weight reduction to a class-leading 195kg has been achieved. Coupled with an 8kW top end power boost, it improves the new Fireblade’s power to weight ratio by 14%, to a level hitherto unseen in its history. 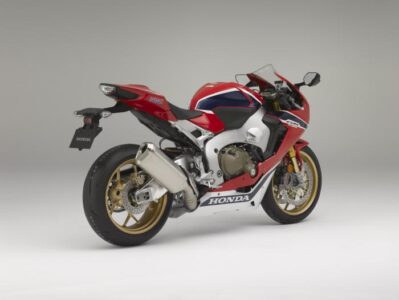