2017 Honda Fireblade SP2 and SP At Intermot Is Going To Be Worth EVERY SINGLE PENNY! 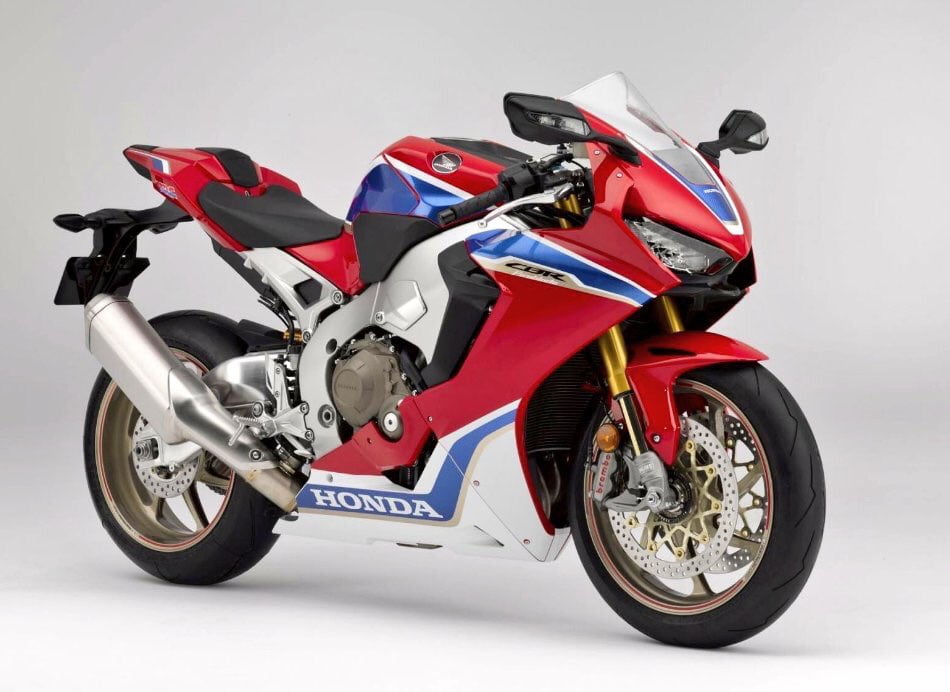 Finally! After years of rumors, development stages and much talks, the CBR Fireblade has been unveiled at Intermot. The CBR 1000RR seems to taken its sweet time but it takes the GAME way ahead. Honda despite being late is set to offer better electronics, more power and more features to the riders. Let it be safety, performance or design. Nicky Hayden punishing on the track has made us go wild. Let’s find out more on the 2017 Honda CBR 1000RR.

The design seen here is going to be highlight of the FireBlade. The new front-end with pods for headlights looks very sleek and eye catching. The even major highlight are the use of LED lamps completely in the front assembly. The front also gets new air ducts and the windscreen seems taller as well. The side fairing panels also look new and we can see the rear being familiar to the MotoGP bike.

Launch will happen Europe and America in early 2017 and will be priced around $12-14,000. India launch could happen in the year 2018. Two variants are being available such as SP and the more extreme Sp2.

There is traction control (HSTC), Selectable Engine Braking, ride by wire, wheelie control and three riding modes. Many more rider aids including quick shifter and much more with the motorcycle. Brembo monobloc brakes can be seen here. All of these equipment will come from top drawer and will make the bike perform well. Chassis wise we can expect a new swingarm for the motorcycle.

The walls of the chassis have been thinned and allowed a reduction in the weight of 300 grams. The transverse rigidity of the chassis is unchanged. The torsional flexibility on the other hand is increased by 10%. The moment of yaw inertia too has been tweaked as it has been reduced by 15%.

The engine now makes 194 PS of power and segment best 116 Nm of torque. There are new radiators, valves, pistons, redesgined slipper clutch, clutch assembly and the compression ratio has been increased. Bike weight now stands at 195 kg ready to go.

ABS will be standard with the motorcycle and so will be other electronics to make sure the ride safe in all weather conditions. Full LCD speedometer with automatic ambient light control is seen here. Three stages of LCD show various modes one is for street other two are for track and repairs.