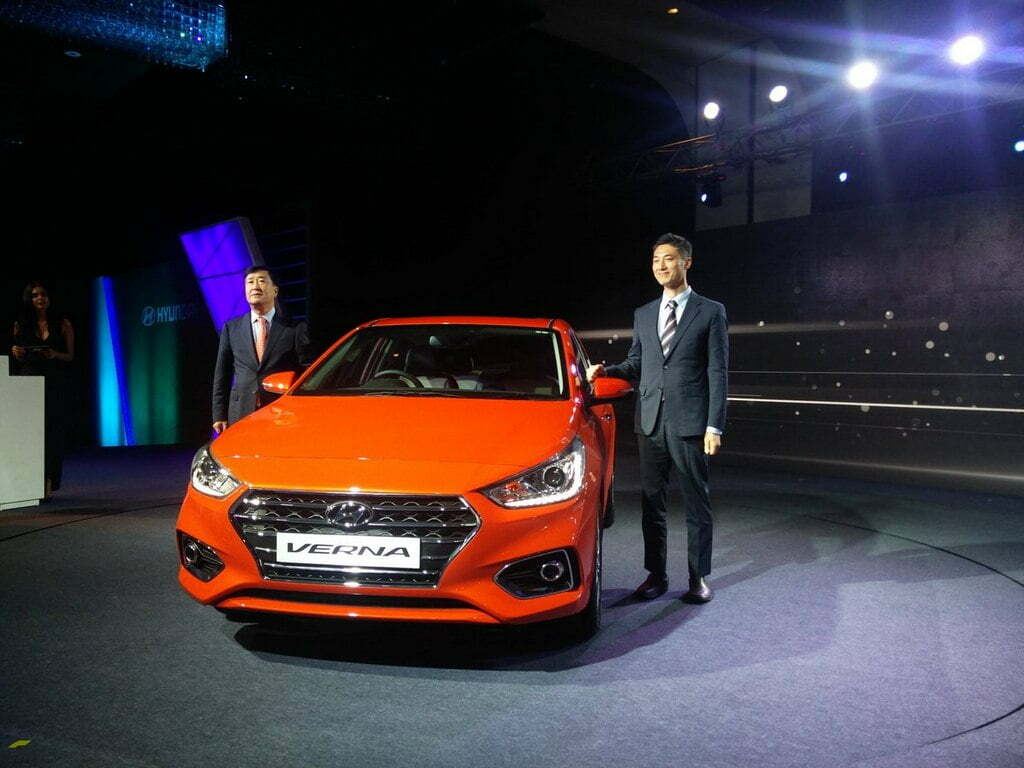 Hyundai has launched all new Verna in India with a lot of promises. Hyundai introduced the 2018 Hyundai Verna as a concept in 2016 Beijing auto show last August. In India, Hyundai will continues with the Verna name plate and it does go squarely against the Honda City and Maruti Suzuki Ciaz, Volkswagen Vento. We have all the details from the launch.

Design and Dimension
The new Verna gets a 10mm increase in wheelbase which will result in an overall 15mm increase in length, and the width is up by 29mm. Weight has also gone up by just 10 kilos because of dimensional increase. Boot space too is up by 16 litres, thanks to the added width. When the new Elantra was released last year, it was universally acclaimed for its sleek, new design that was familiar, but a clear step ahead. The new Verna’s design is also released with almost the same design.The roofline drops in a clean line similar to the outgoing car but the tail section gets new lamps that look like sleeker versions of the new Xcent’s lamps.

Interior, Safety and Features
The layout has evolved into a cleaner, more sophisticated design and it should feel more premium than the existing car. Hyundai will use soft materials at certain touch points and special attention has been given for boosting ergonomics and ease of use. The top variants will get a new 7.0-inch touchscreen display. The steering wheel design is also new. Features include Apple Car play, ventilated seats, parking sensors, parking camera, sunroof, rear A/C vents, electric ORVM, automatic IRVM and much more. ABS and dual airbags are as standard with six airbags on offer on the top models. The rear bench is hopefully comfortable. The current Verna was a little cramped at the rear compared to the more spacious Maruti Suzuki Ciaz and Honda City, so the lack of changes on this makes it 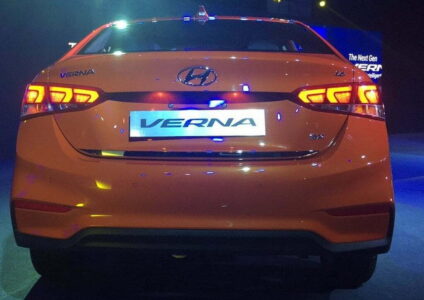 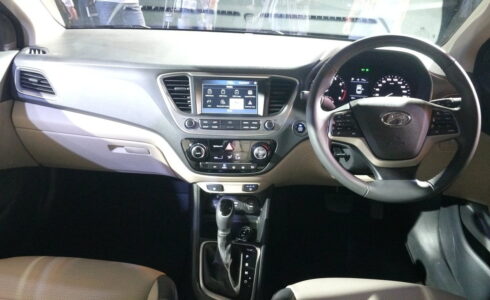 Chassis and Specification
The new Verna gets an updated chassis rather than an all-new setup. Hyundai claims higher use of advanced high-strength steel, 54.5 percent compared with 41.5 percent in the outgoing model. Couple this with the wider body and longer wheelbase and it’s fair to expect improved dynamics. Hyundai says the updated chassis also results in better noise isolation. Suspension improvements have also been made for a better drive. Finally, Hyundai also claims efforts have been made to improve the steering feel.

Engine and Gearbox
One important area where the current Verna lacks against competition like the Honda City and Volkswagen Vento is in its automatic gearboxes.The current Verna AT models make do with an outdated four-speed automatic but we see the new car to feature the six-speed.This gearbox isn’t quite at dual clutch levels of performance but is considerably smoother and quicker than the old four-speeder. 1.6 litre petrol and diesel motors will make it to the car. Petrol makes 126 BHP of power and delivers 17.7 km/l, diesel delivers 128 BHP and 24.4 km/l.

BMW Z4 Concept Is Simply Spot On! Production Version Should Be Like This Too!