BMW Z4 Concept Is Simply Spot On! Production Version Should Be Like This Too! 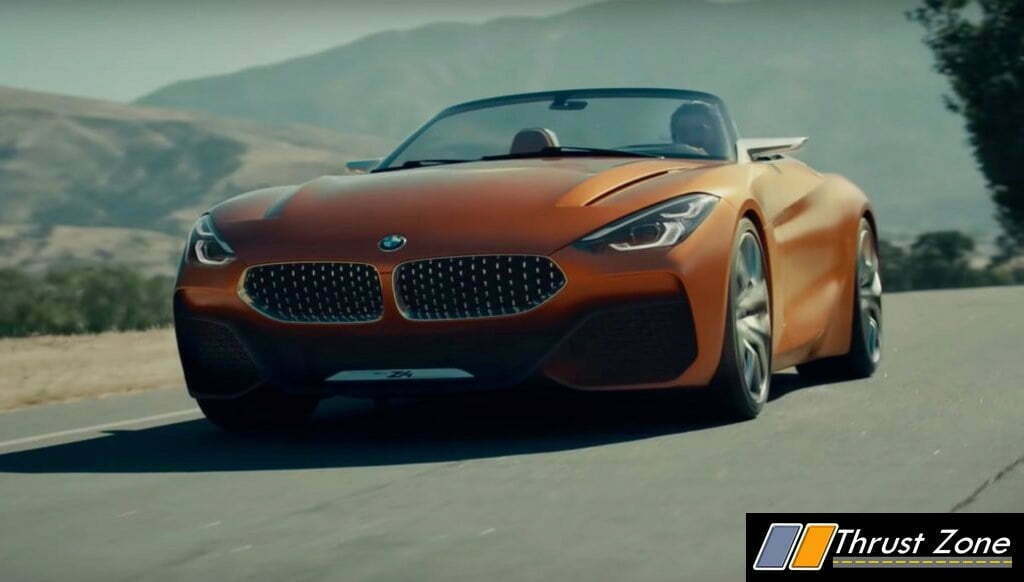 BMW’s third generation roadster, Z4’s concept version manifested at the Pebble Beach Concoursd’Elegance in California. It possesses a fresh look, new under pinnings and a revised range of engines, the two-seat soft top has been developed in a joint engineering programme along with the new Toyota Supra, which will be offered exclusively in a coupe guise. The external looks of the concept Z4 comes more than six months before BMW plans to unveil the production version at the Geneva Motor show at 2018.Most of the fascinating design features will be toned down, and the overall styling and addendums of the concept is claimed to be very close to the production car. Mr. Adrian Van Hooydonk stated that the vehicle expresses the new BMW design language from all angles and in all specifications.

While some of the more flamboyant design features will be toned down, the overall styling and detailing of the concept is claimed to be very close to the production car. Design boss Adrian van Hooydonk said the car “expresses the new BMW design language from all perspectives and in all details.”The Concept Z4 features one more version of BMW’s signature kidney grille, seen recently on the Concept X2 and the 8 series. In place of the customary vertical bars, the insides of the kidney grille feature a new mesh about which Mr. Hooydonk stated that it was inspired by the functional handling applied on early BMW roadsters, inclusive of the iconic 328 Mille Miglia. 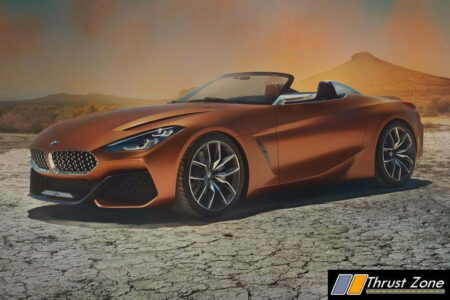 The windscreen does not have the sturdy surround of the production version, and the two metallic domes conceived to act as a rollover protection, will be replaced by more conventional rollover hoops on the production roadster. The CLAR platform is very much similar to a multi material body structure, featuring a combination of high strength steel, aluminium and magnesium. Moreover there have also been suggestions that the new roadster will weigh on scales at 1,400 kilograms in its most basic form, despite the increase in dimensions. The first one is a turbo charged 2.0 litre four cylinder unit expected to develop around 183 hp in the Z4 sDrive20i and 251 hp in the Z4 sdrive30i. 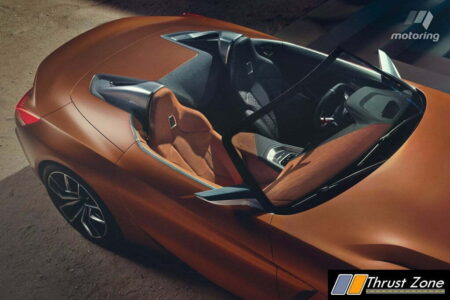 The second engine supplies power to the Z4 M40i and it is the latest revelation of BMW’s B58 3.0 litre, in line, six cylinder, has also been mooted, but it has to properly confirmed by BMW. The three initial Z4 models retain the rear wheel drive layout that has been a vital faction of the two seat roadster’s appeal since its introduction in 2002. Customers are all geared up to be offered with the choice of a six speed manual or an eight speed automatic in combination with all engines. Production of the new Z4 and Supra will begin at the Australian manufacturing plant specialist Magna in early 2018.