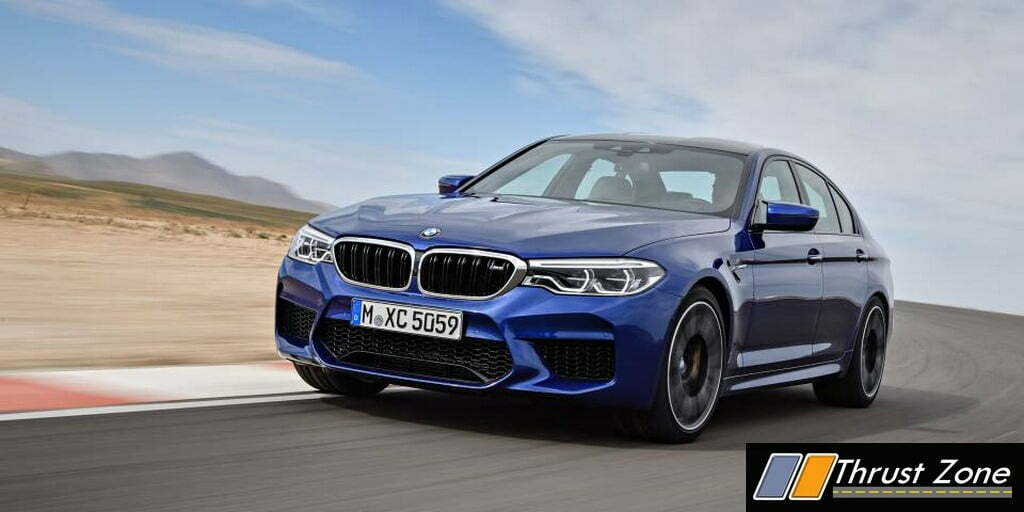 Bavarian Motor Works, popularly known by the abbreviation BMW has formally divulged the latest 2018 M5, much before its debut at the Frankfurt Motor Show, which is scheduled to take place next month. Beginning with the engine, the car is being powered by a 4.4 litre M Twin-Power Turbo V8 that produces 600 PS (441 kW) and 750 Nm (553 lb-ft) of torque.

This engine is connected to an eight speed automatic transmission and an all-wheel drive system which makes the sedan capable enough to accelerate from 0 to 100 KM per hour in just 3.4 seconds and 0 to 200 KM per hour in 11.1 seconds. The conventional model has a restricted top speed of 250KM per hour with upper range being 305 KM per hour, when the car is armed with the optional M Driver’s Package. 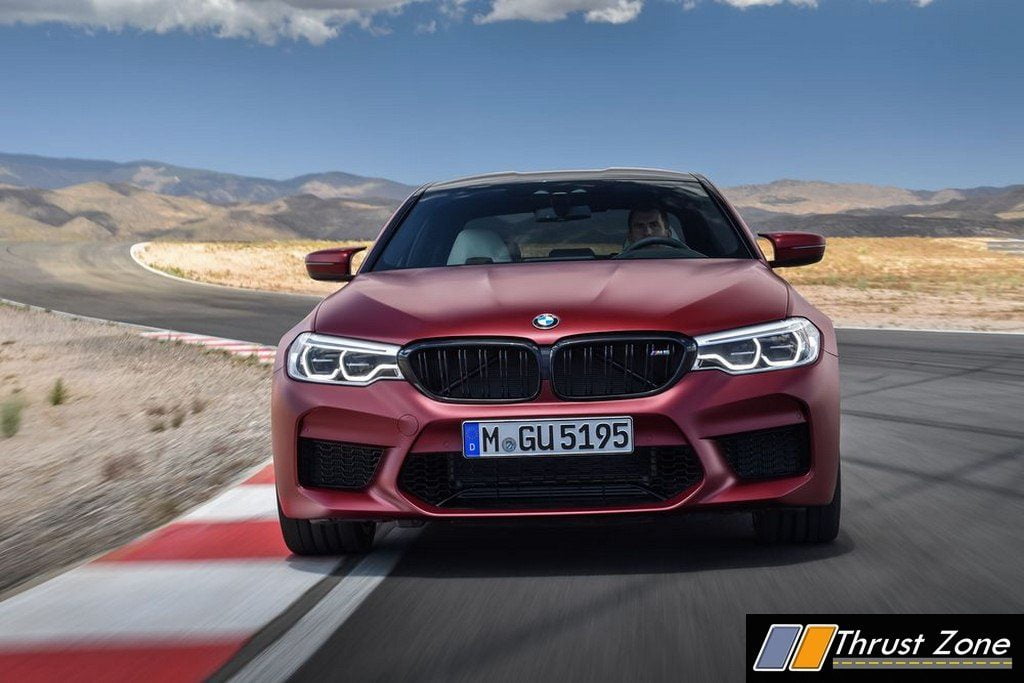 One among the huge addendums incorporated is the addition of M xDrive which BMW boasts to be the most emotionally engaged all-wheel drive system in the high performance fraction. Considering the style quotient, the M5 is differentiated by an aggressive front bumper which features large inputs and an angular design. Aerodynamic mirrors, a sculpted aluminium hood and a carbon fibre reinforced plastic abbreviated as CFRP roof. The other highlights of the 2018 BMW M5 include a four-tailpipe sports exhaust system and a fresh rear bumper with an integrated diffuser.

2018 BMW M5 possess the conventional, yet stunning 19 inch polished wheels that feature an Orbit Grey finish and the M specific tires. It is supported by a high performance braking system, along with the blue coated piston callipers up front and single piston floating callipers in the rear.Buyers can also place their orders upon 10 inch wheels and M carbon ceramic brakes which reduce the car’s weight by 23 kg.

The interior designing is very much furnished with an M sport steering wheel, Merino leather sports seats and an exceptional aluminium trim. A wide range of options will be present including the freshly developed M multifunction seats which look incredible and promise to offer even better lateral support.

Whilst most of the purists perturbed by the addition of all-wheel drive would cause the car to be heavier than its predecessor and insolently, BMW notes that this isn’t the case. Instead the car tips the scales at 1,855 kg(4,089 lbs) which is essentially less than the outgoing model. BMW M5 will be convenient to order in September and German pricing starts at 117,900 euros. 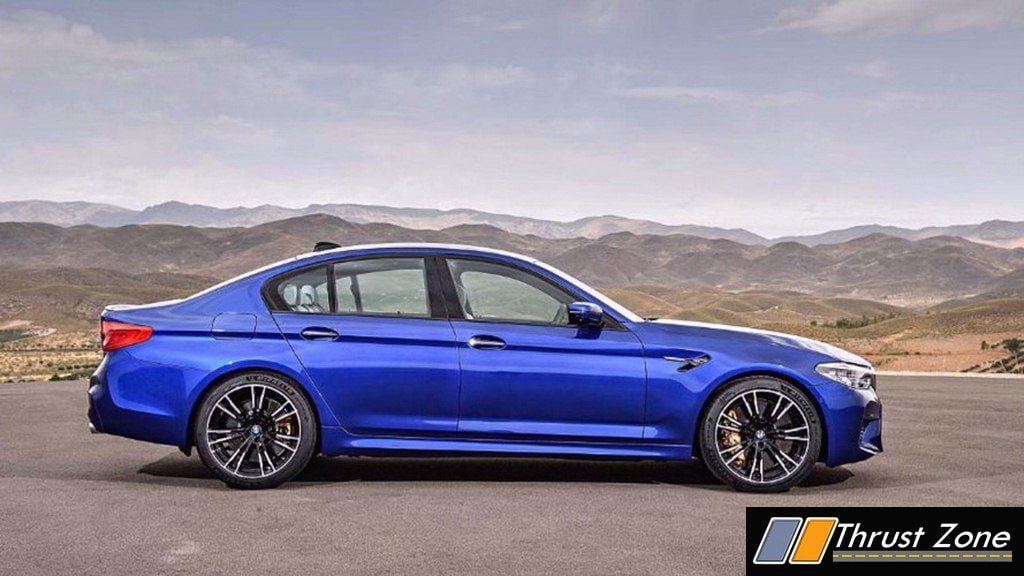 Early birds will be provided the chance of ordering the first M5 edition which features a frozen dark metallic exterior with shadow line trim, gloss make over and a black 20 inch lightweight alloy wheels. The interior gets a modest makeover that includes piano black trim, M multifunction seats and an individually-numbered plaque. The production is restricted up to next year 400 units and the model will cost an additional 19,500 euros.