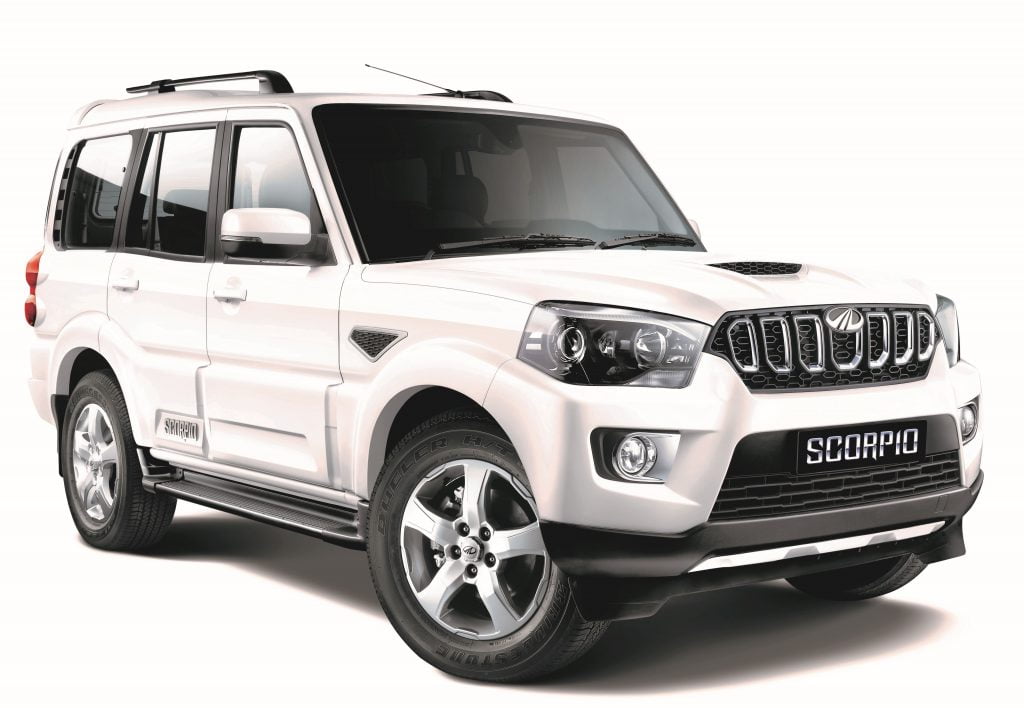 Mahindra & Mahindra launched the Scorpio in 2002. Since then it went on to become one of the most popular SUV amongst the customers in India. Now Mahindra is working on a facelift of its prominent Scorpio SUV. It isn’t an all-new Scorpio but now comes with more features, more space, upgraded design at the front and more powerful drivetrain. Let’s look at the details as it has been launched. Prices start at Rs. 9.97 Lakhs

There aren’t too many changes to the design of the Mahindra Scorpio Facelift fascia. However, there are revised headlamp styling, redesigned fog lamps on the newly constructed bumper and minor changes at the rear with changes in the design of the tail lamp. The new grille makes it stand out even more. New premium Pearl White (Only on S11), Diamond White (Except S11), Napoli Black, D Sat Silver and Molten Red.

The side profile of the new Mahindra Scorpio Facelift hasn’t changed except for the alloy wheel design. The current model is 4,456 mm long, 1,820 mm wide, 1,995 mm high and has a wheelbase of 2,680 mm. Talking about the interiors the all new Mahindra Scorpio will feature overhaul seat upholstery, new interior colour combinations, and a refurbished 7-inch touchscreen infotainment system AVN with Android Auto and Apple Car Play.

The Mahindra Scorpio facelift could also get a 2.2-litre petrol engine which is being made ready for the launch at a later stage. The new Intelli-hybrid system will be an advanced version of the micro-hybrid. The battery size is now bigger and there will even be regenerative braking on the new Scorpio.