Tata Motors has added to its range of models equipped with Automated Manual Transmission (AMT) by expanding its sedan portfolio. Today, TATA Motors announced the addition of two AMT variants to the Tigor Styleback sedan range. Available in XZA and XTA variants, with the Revotron 1.2L petrol engine – the XTA variant is priced at INR. 5.75 Lakhs, ex-showroom Delhi and the top-end XZA variant is priced at INR 6.22 Lakhs, ex-showroom Delhi. The new AMT cars will be on sale across the country in over 600 Tata Motors sales outlets, from today. The Tata Tigor AMT will further strengthen market range as competition also offers the same. The new Tata Tigor AMT comes with the first-in-class driving dode.

The Tata Tigor AMT is equipped with four gear positions – Automatic, Neutral, Reverse and Manual for smooth and regular acceleration to offer a comfortable and stress-free driving experience.The Manual mode helps shift gears at a flick of a gear stick for an engaging experience. For ease of manoeuvrability in heavy traffic conditions and during parking, the TIGOR AMT comes with an in-built ‘creep’ feature, which enables the car to crawl as soon as the pressure is eased off the brake pedal, without pressing the accelerator. This function also prevents the car from rolling back when it starts from an inclined position. 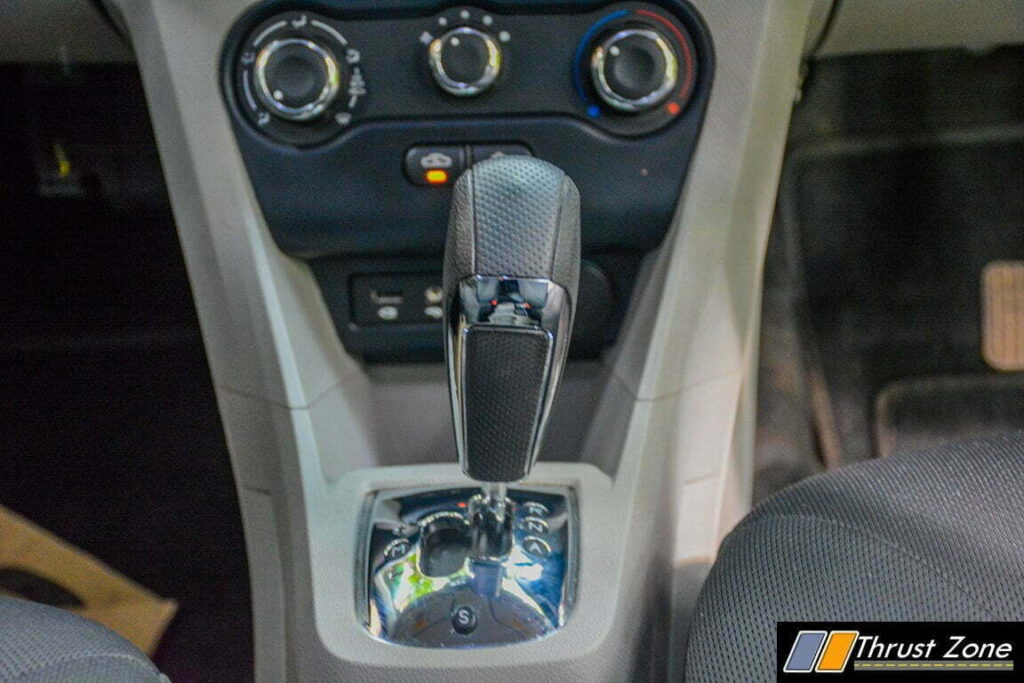 Available only in two variants like the Tiago, the Tigor will fight its likes against the heavily equipped Maruti Dzire that comes with every fuel and gearbox option on offer. The Tigor is doing well for the company and it wants to make sure it reaches more home. The manufacturer is making sure that it does with this AMT inclusion. However, only being equipped with the petrol motor does limit the factor. AMT with diesel motor will surely take things to the next level, we will have to see if Tata Motors is able to provide the same in the near future.