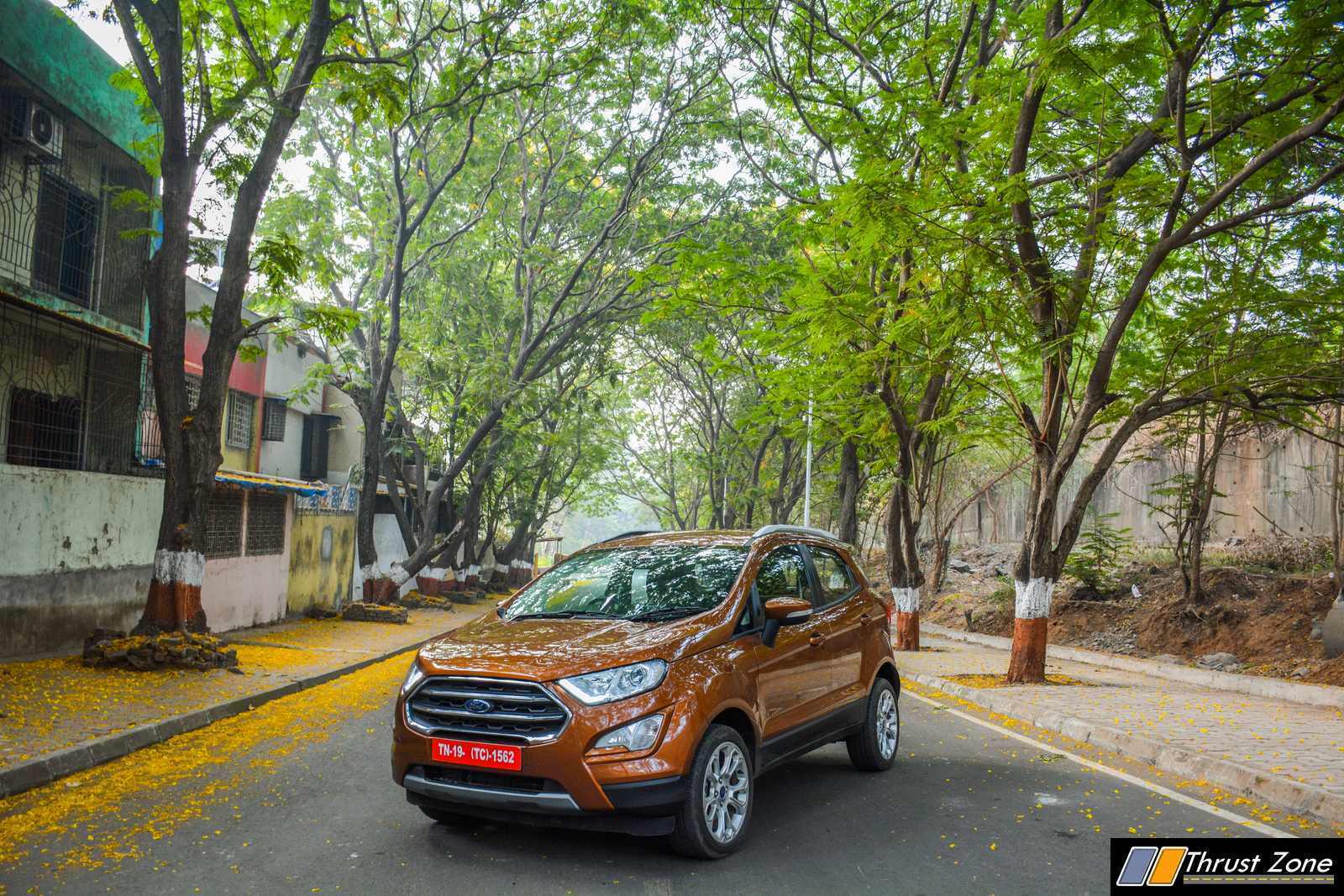 2017 and 2018 seem the year when Ford has decided to get aggressive with their plans to get a substantial market share in the Indian car market. The manufacturer has rolled out Ecosport facelift in much fanfare as the prices were the same as original launch, making it a good value for what is on offer with the subcompact SUV. Ecosport got a host of changes all around to make more appealing.

The competition is brewing up hard and fast in this segment with the likes of the new boy in town called Tata Nexon and Maruti upping its pace with the Brezza as it is ready to show some of its tricks as well. Ford has even more plans with the new product launches and variants coming their way. However, we tested the Ecosport facelift early last month which was the petrol automatic and this time its the diesel manual. We will keep our focus on the diesel model and its changes and you can read our comprehensive first ride of the same in the link below. 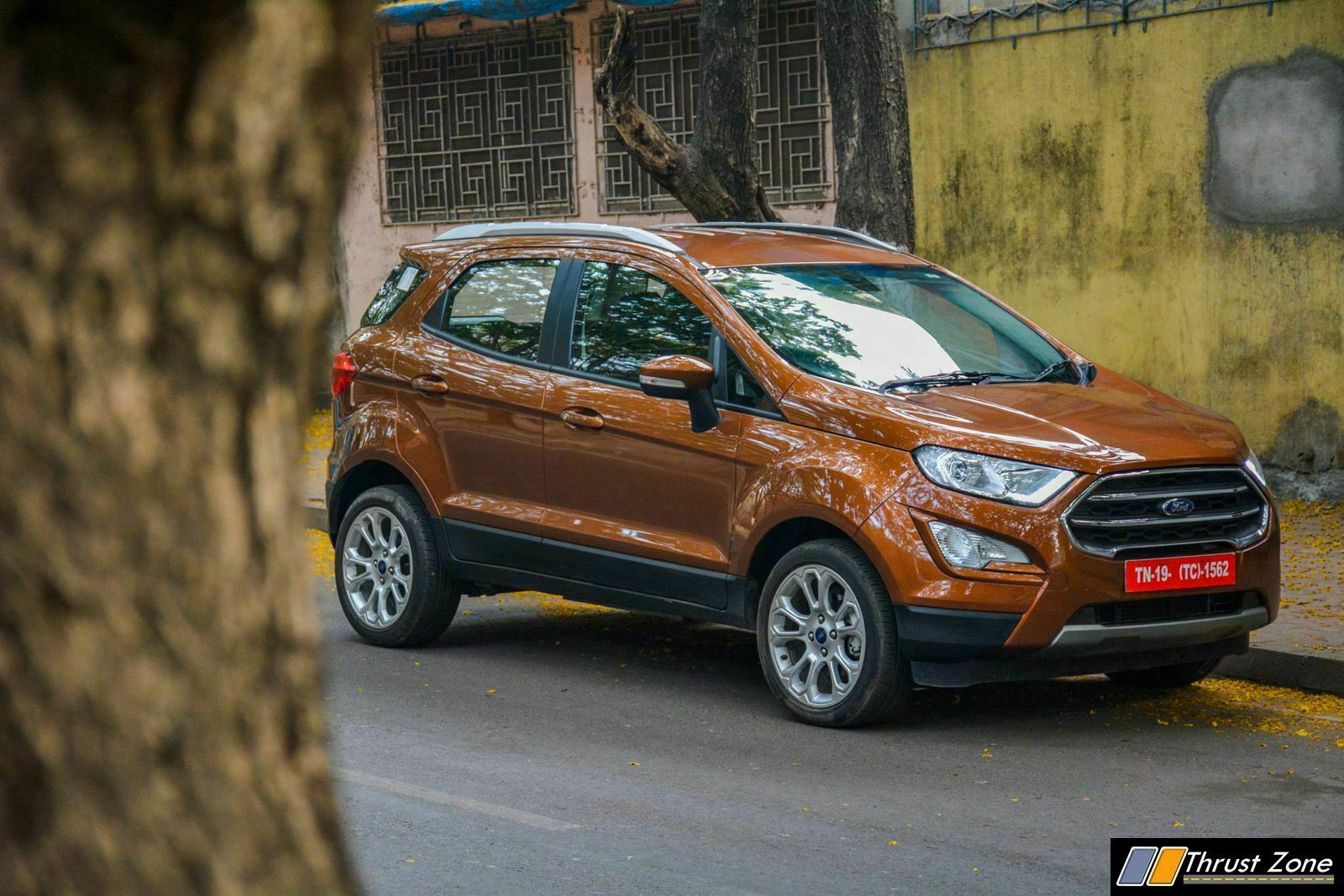 The front profile witnesses a new grille, with revised headlight and similar bumpers on both ends. The Side profile stays identical with new alloy wheels adding a bit of zing to the package, which are 17-inches. Rest of the variants will get 15-inch wheels. Rear taillamps also remain identical and the car continues with the spare wheel mounted on the tail-gate. 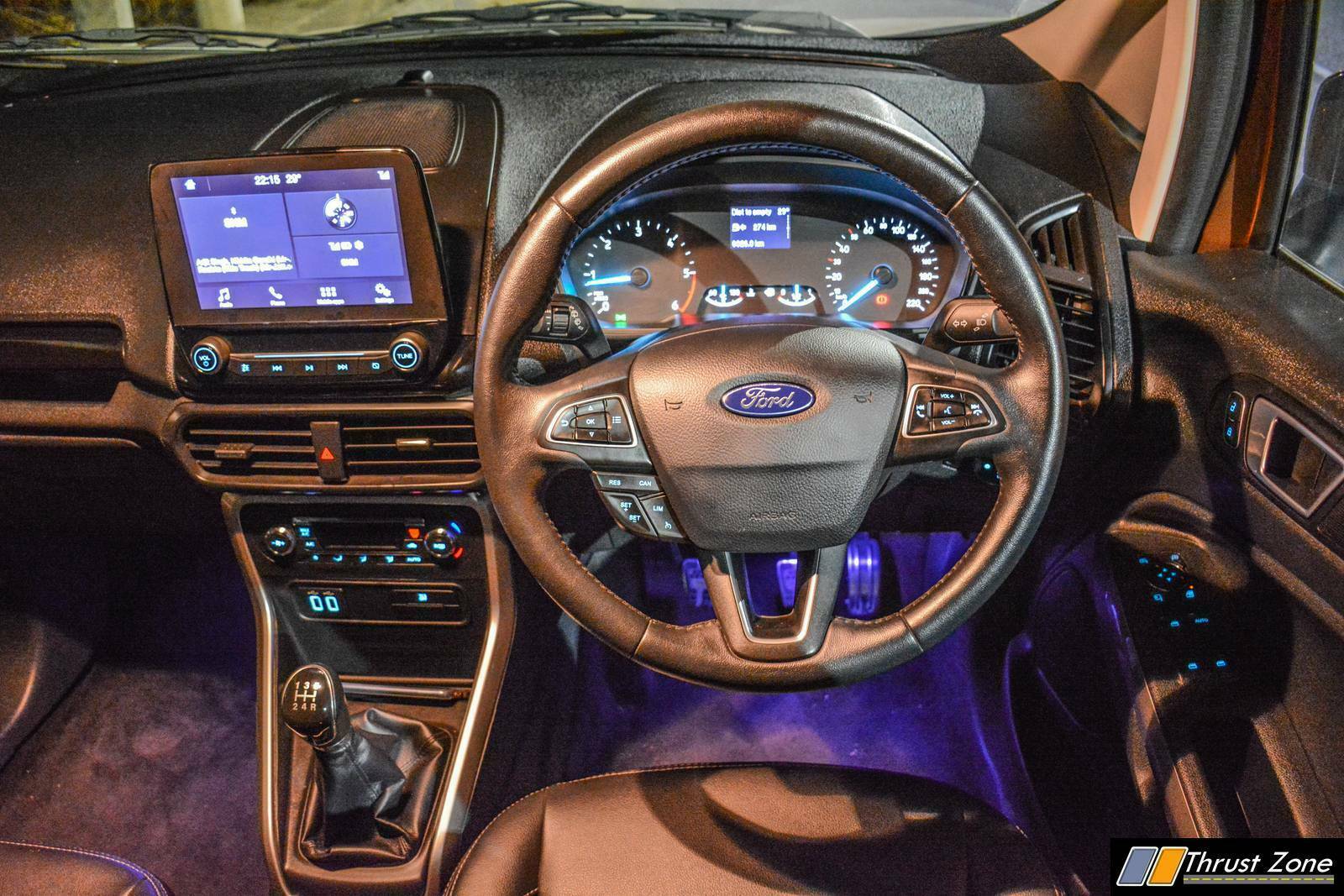 Inside, the car continues with average quality of materials all around and the plastics could be better. The space on the inside continues to be the same as before which makes it a four-seater with enough knee, leg and headroom on offer. Ford continues to offer best in class infotainment system and safety features on offer which includes dual airbags along with ABS and EBD as standard. Six airbags are on offer on the top-end variant. The new steering, dials which has all fuel economy parameters and tire pressure monitoring system makes it delight in this segment where most do not have these features. 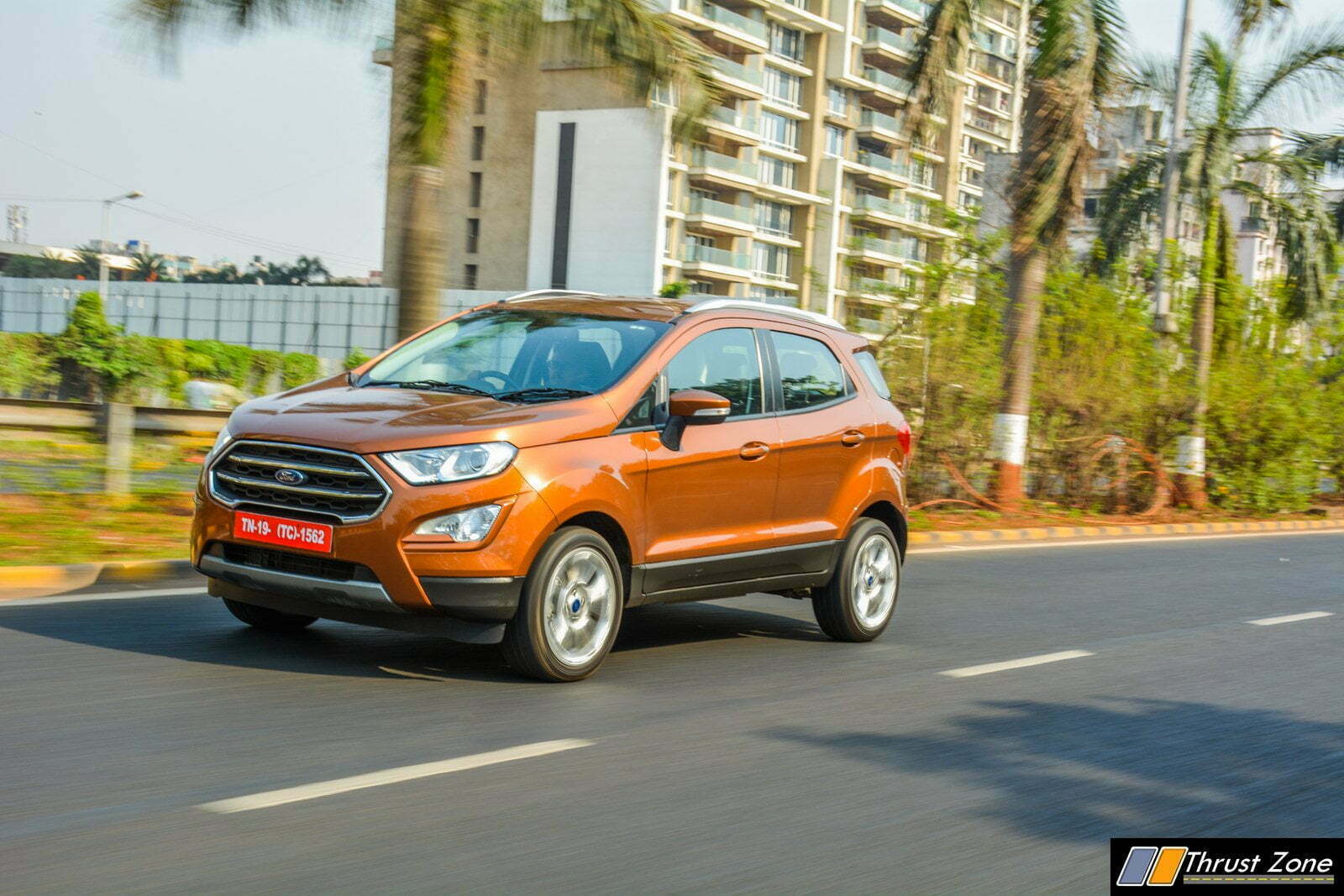 The diesel motor continues to be the same as before which means it is the 1.5 turbocharged motor which makes 100 PS of power and 205 Nm of torque. The engine continues to be mated to the previous generation 5-speed gearbox which has been refreshed on the Figo series. The gearbox is notchy, the clutch is light enough and the gearing is well sorted, which is on the taller side. 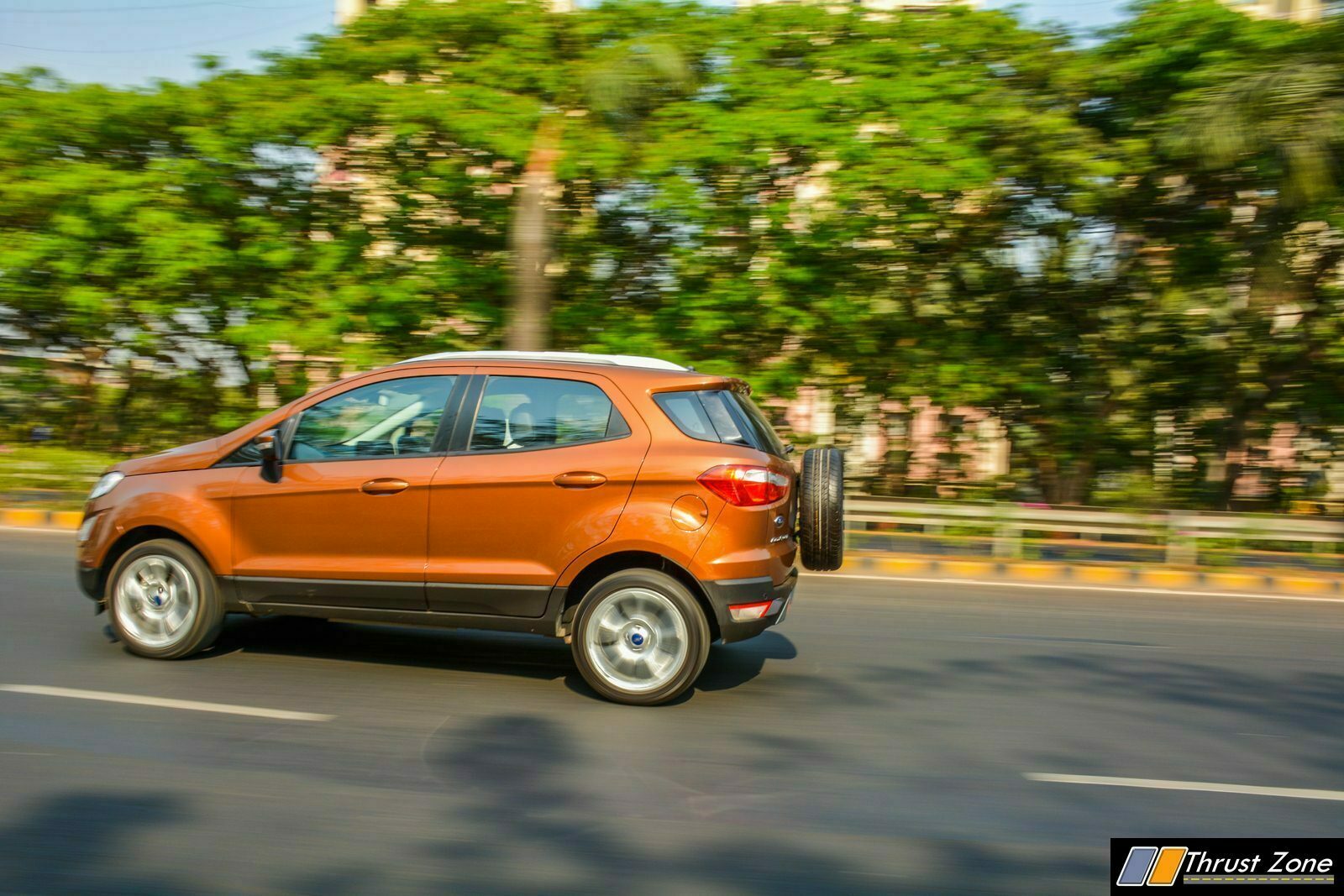 The free-revving nature of the engine and coupled with a lot of mid-range punch makes it easy to drive on the highway. Performance is brisk and just about adequate as 1304 kgs of weight bogs it down. High kerb weight and turbo lag make it slightly less peppy when compared to the competition. We got 17.6 km/l in our fuel economy test. 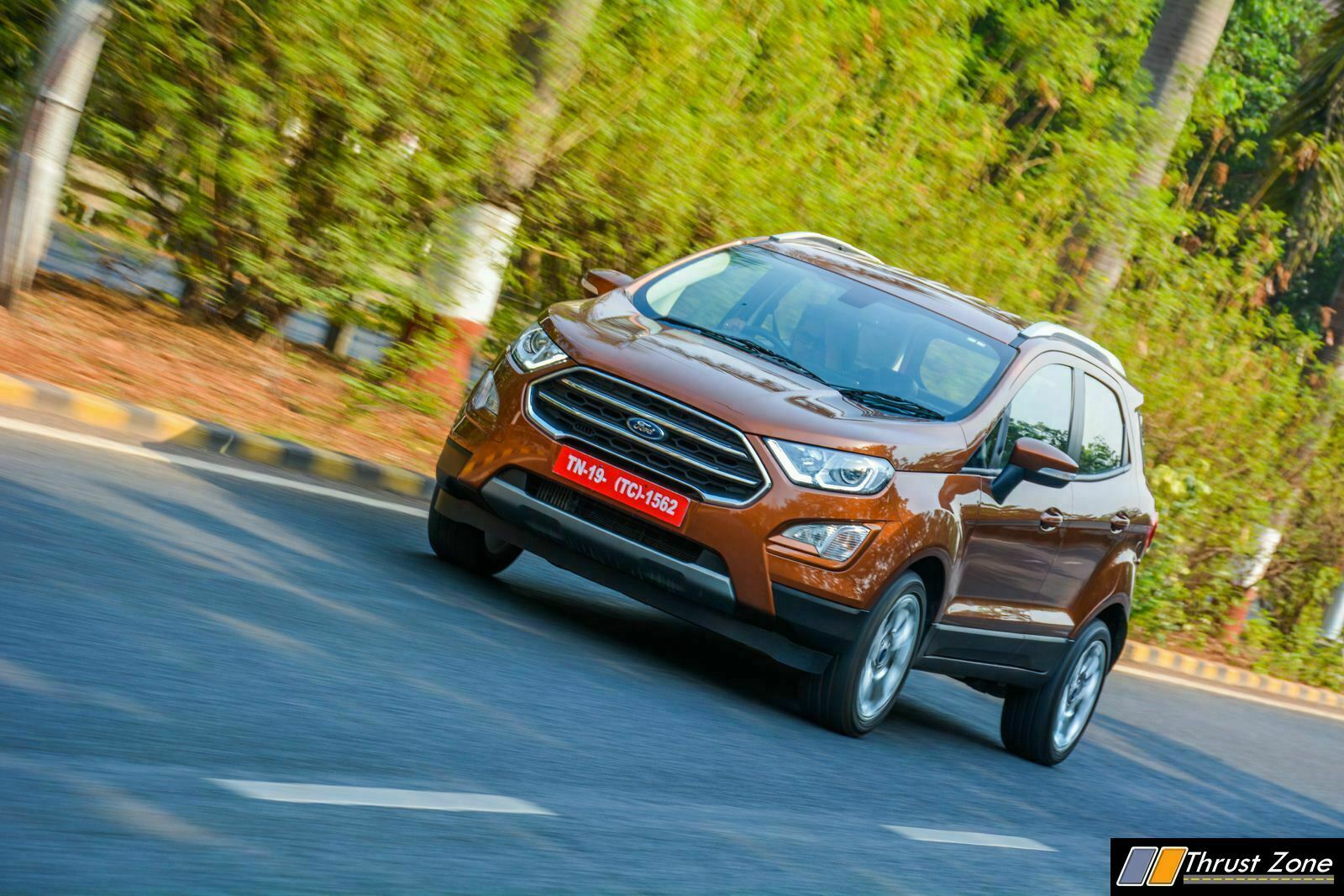 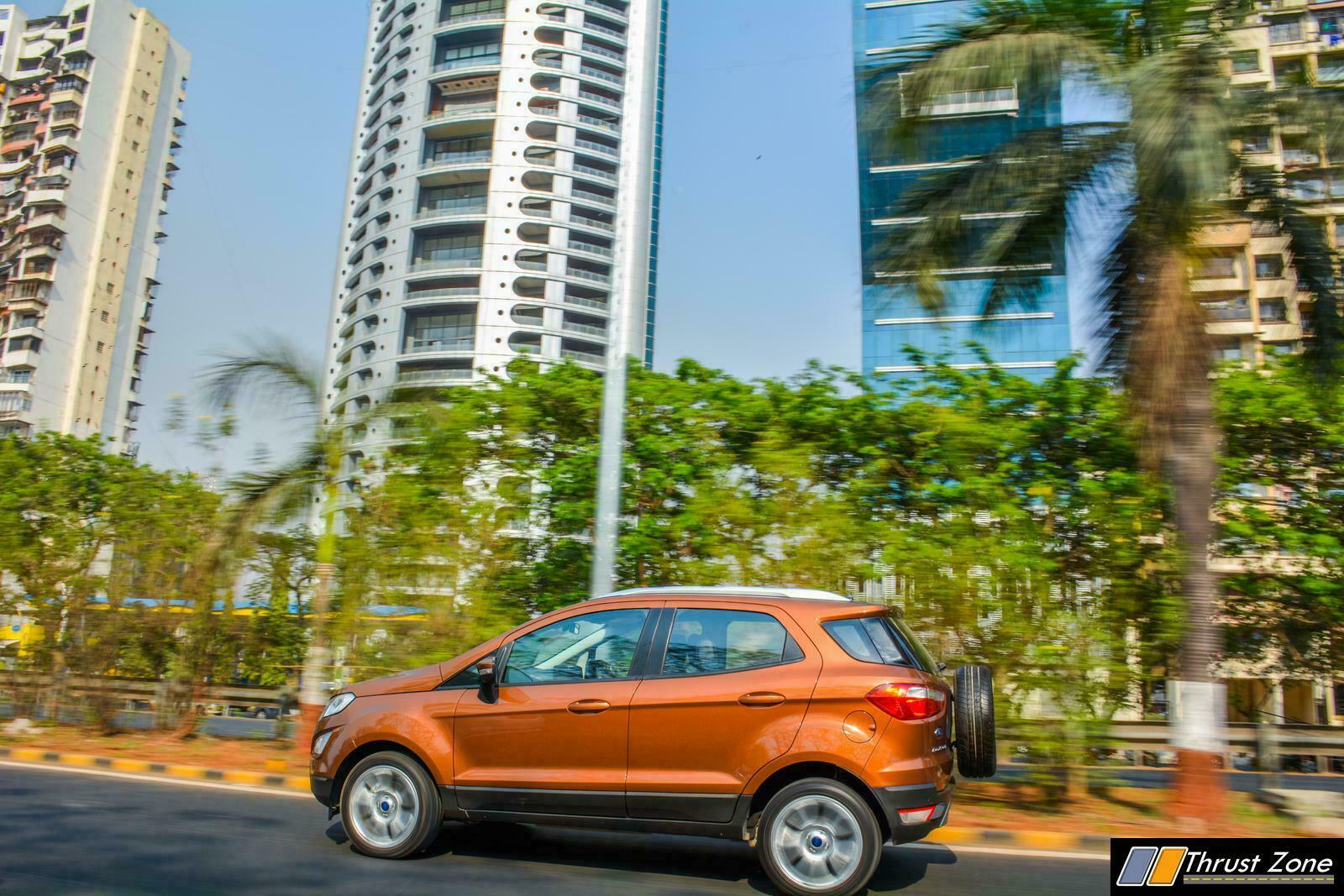 Dynamically, the suspension is stiff, but not harsh. Ride quality is just about good for our roads but it always feels confident and loves to be pushed around the corner. The weight at times shows up and spoils the fun, but, the engine has what to make this car more fun to drive. We guess this is where the Ecoboost kicks in. Steering feedback is good enough, but could be better. It is precise at any given speed and light enough for city duties and confidence inspiring on the highway. Brakes are really good with proper bite and progressive power post that. 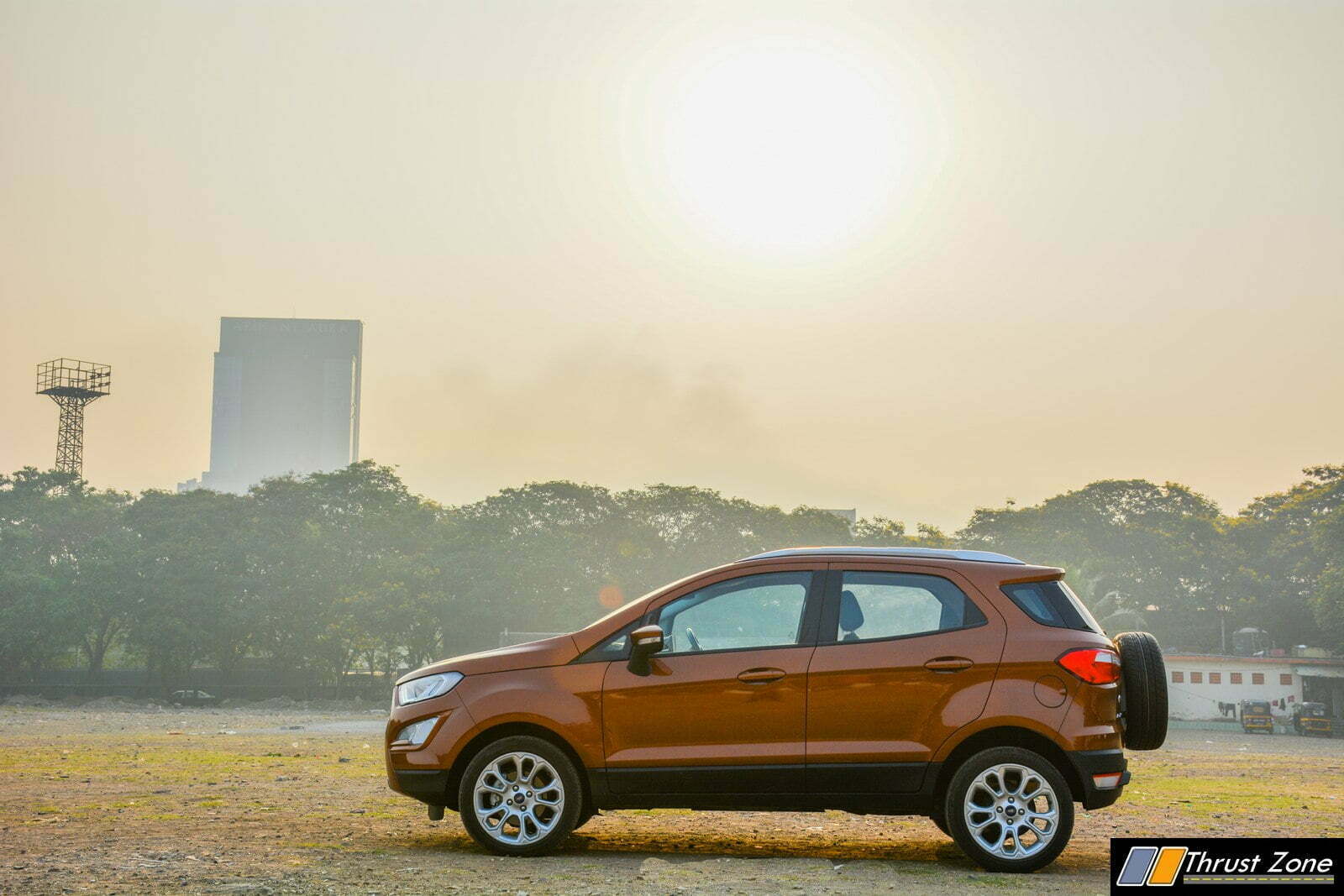 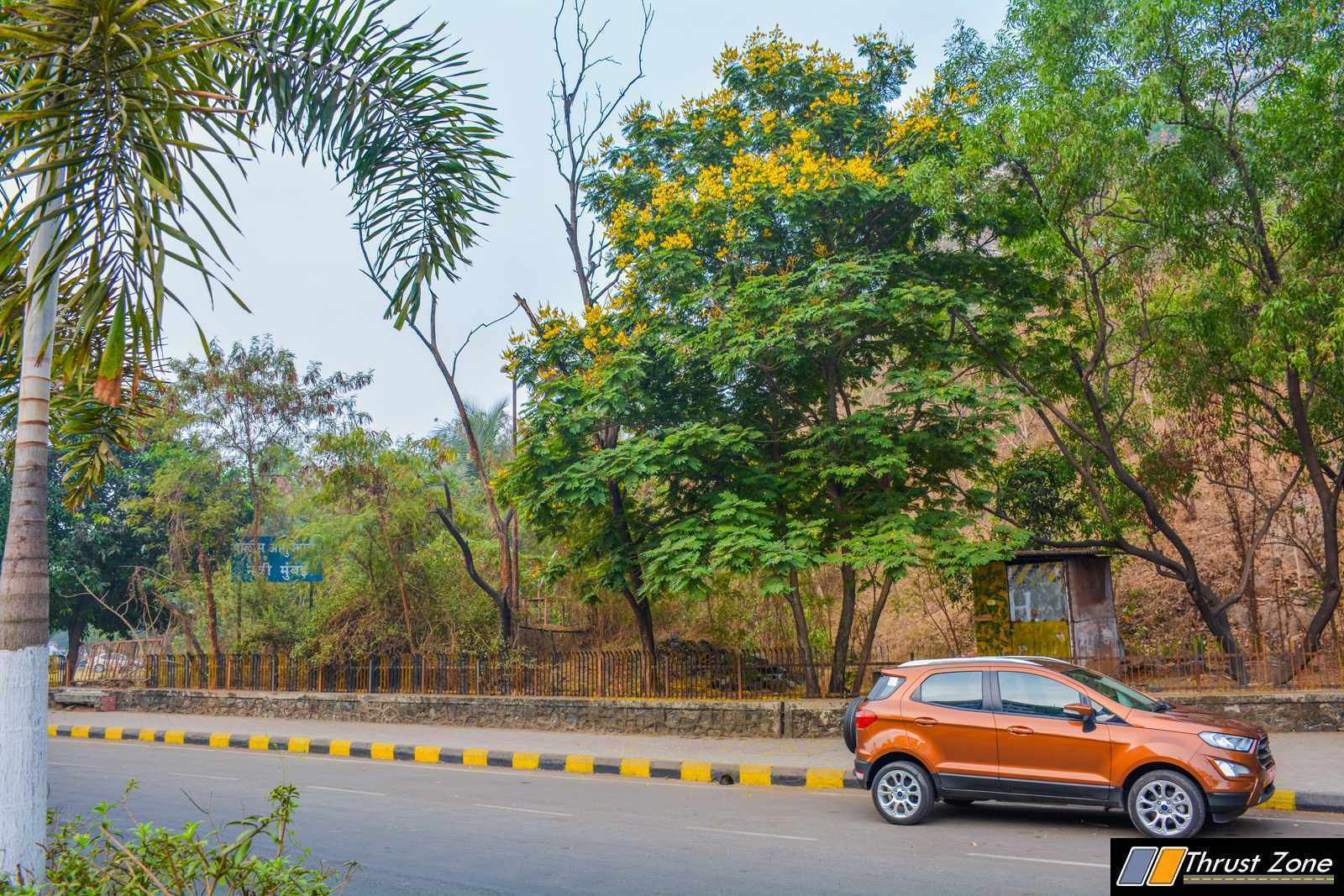 Overall, the Ecosport continues to be the most premium offering by Ford in this class and in its stable for its customers to choose from. The variant by variant pricing continues to be impressive and the prices, for now, are introductory. There are a lot of features on offer when it comes to active offering and passively you get a safe, fun to drive car with a diesel motor which is impressive, wish it has more thrust, which would make it a bit more impressive. For now, the Ecosport has something for everyone and the cheap to run and maintain cost make it a sweet deal to get one.