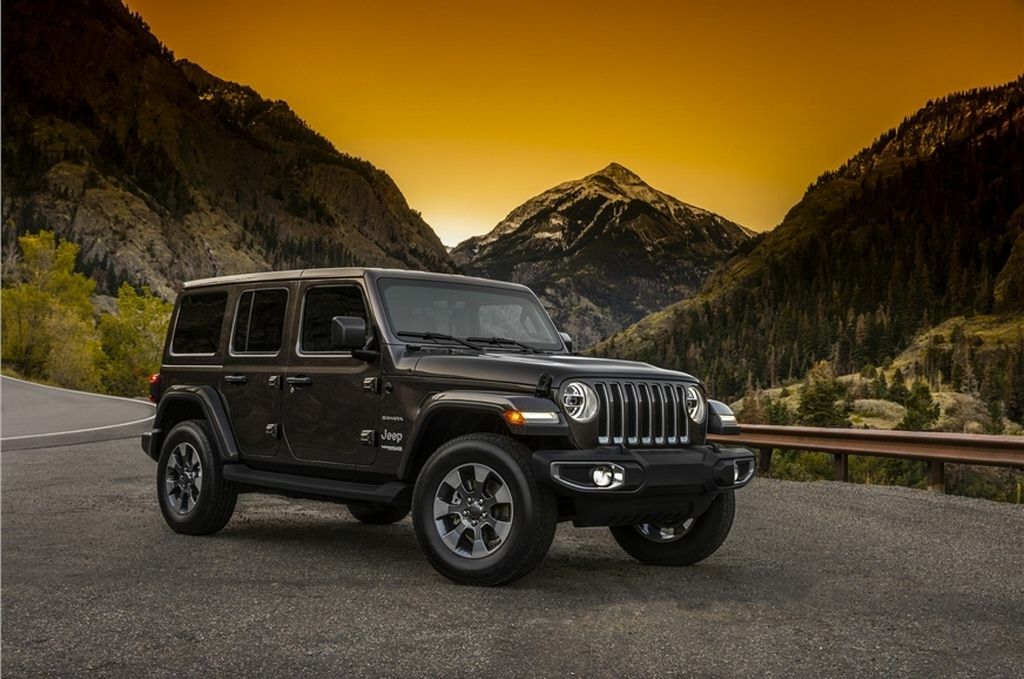 2018 Jeep Wrangler Revealed After Much Hype over the last few month. The new Wrangler promises a lot when it comes to safety and off-road capability

Jeep has finally let the ball rolling by revealing the first trio of images of the 2018 Jeep Wrangler ahead of its official debut at the LA Auto Show, which will take place at the end of this month. The three photos available show off the new all-terrain vehicle in both two and four-door configurations. This is what we get to see as of now as Jeep won’t be revealing anything more on the Wrangler until its official launch at the UK Motor Show so as to keep its significance alive. Jeep claims that the SUV has now improved aerodynamics.

The new gen Wrangler gets a considerable amount of updates not just in the cosmetic department, but also mechanically. Talking about the design on the outside Jeep has kept it very traditional and similar to the outgoing Wrangler. However, the new big boy gets changes like, fresh crease along the sides, new air vents on the front fenders and all new door handles. The windshield on the two door new-gen Wrangler will now be foldable and the front bumper will be slightly fat as compared to its forebear.

On the Inside, the new generation Jeep Wrangler, gets quite exquisite changes. The infotainment system on this one has to be picked from buyers as the company now offers an 7-inch and an 8.4-inch touchscreen to the buyers. The larger one gets satnav, basically, both of them get climate control systems integrated. The interface is also said to provide off-roading information along with oil-pressure, temperature, altitude, latitude and longitude.

Under the hood we will be getting a 2.0-litre, four-cylinder turbo petrol or a 3.6-litre V6 petrol engine. The 2.0-litre motor is capable of pulling along 907 kg, while the bigger one can pull up to 1587 kg, Both get the particular system designed to avoid attached trailers from snaking. Transmission duties will be carried out either by the aged 6-speed manual transmission or by the fresh 8-speed automatic transmission. While the new-gen Jeep Wrangler will be on sale in the North American market early next year, we expect its arrival to the Indian shores by mid-2018.