2018 Mercedes-Benz CLE To Replace CLS, Will Be All New In Design Inside Out – SPIED! 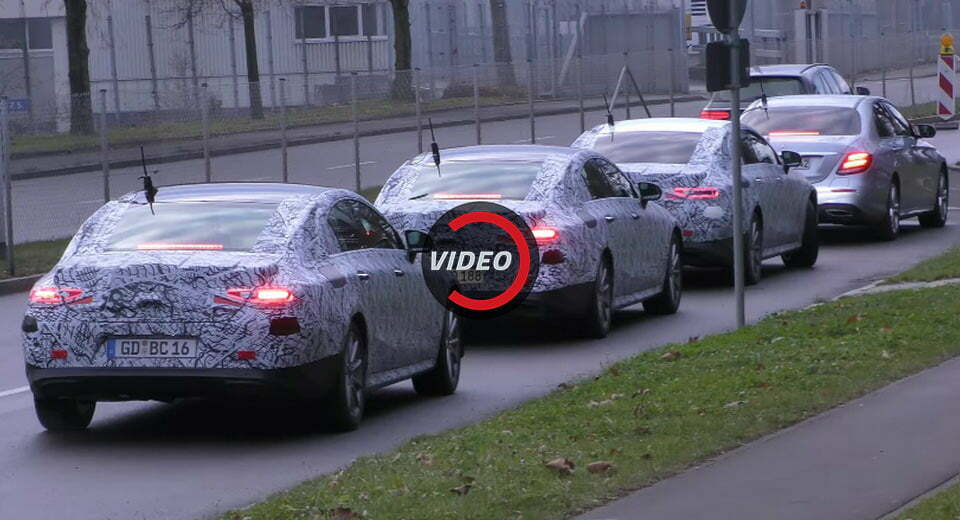 Out of the blue moon, vinyl covered prototype test car was seen in German traffic, with sloping roofline, generous size and with elongated front end one can identify that the shape belongs to Mercedes CLS, it is the prototype test model of the next generation CLS where it is expected that Mercedes is likely to name the next generation CLS as the CLE.

The vinyl covering made it very difficult to note the new design or what has been changed in the next generation CLS. A video of the prototype model is being seen driven was released, on the 57 second video, we were able to note only some detailing, the first one is the rear taillights which is horizontally stretched over the boot, now the side mirror gets single curved lined indicator and the LED pattern of the headlights is different from the current generation. 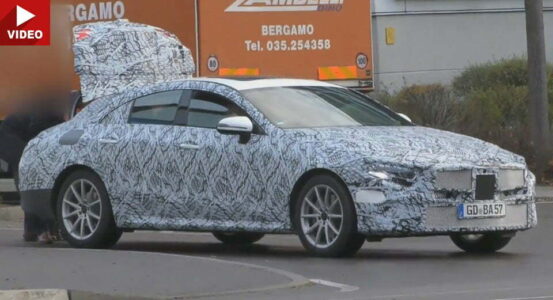 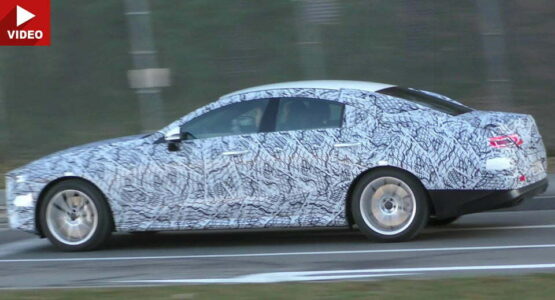