The mighty Busa makes its comeback to the Auto Expo, this time with 2 new liveries. 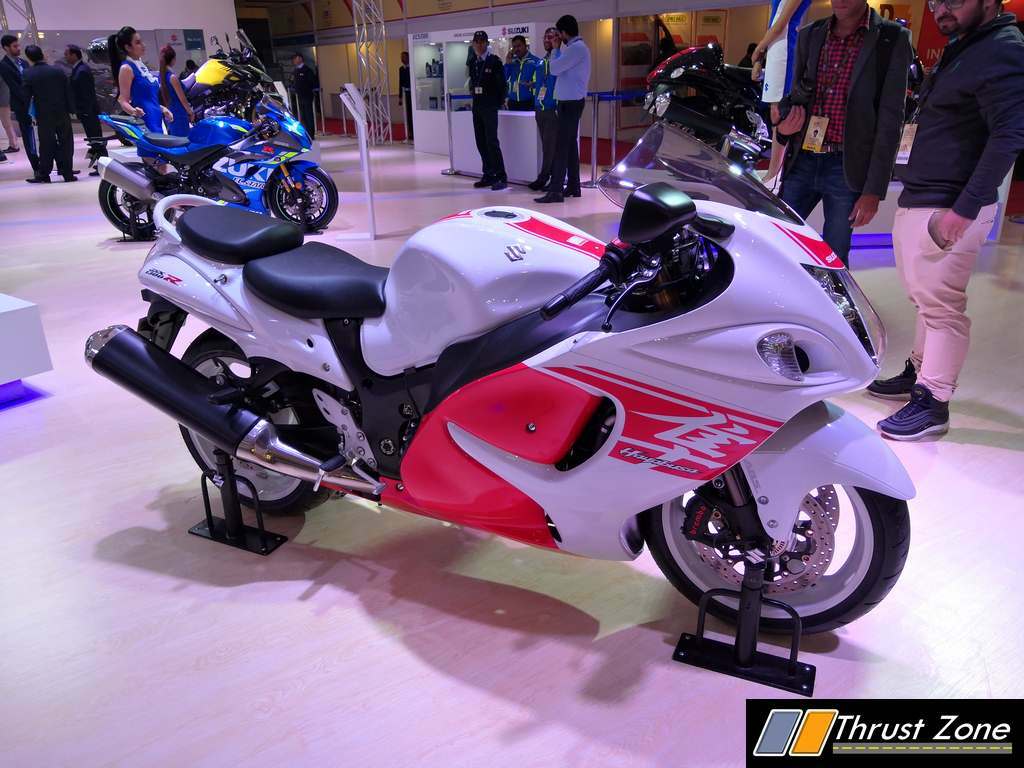 Superbike is a word that is used for fast, low-flying objects with loud exhaust sounds and looks that’ll make everyone go weak in their knees. Suzuki Hayabusa is one such bike that took the world by storm ever since it made its debut. The egg-like profile was once criticized but soon became an icon, one which was revered and respected. Suzuki India surprised everyone when they started assembling the mighty Busa in India. For 2018 Suzuki Motorcycle India Private Limited has launched the Hayabusa in two new paint schemes – The Pearl Mira Red and the Glass Sparkle Black. 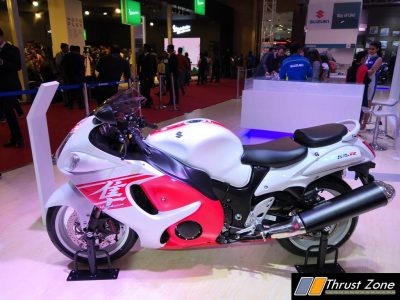 The new bike makes its appearance at the 2018 Auto Expo. The Suzuki Hayabusa has had enthusiasts drooling over its sheer power and appeal, it does enjoy quite of bit of fan following in India as well. The strong demand for this bike meant the Japanese giant had to think out of the box, so Suzuki decided to assemble the Hayabusa in India. The Busa was India’s very first ‘Made in India’ big bike in 2017. It was imported as a CKD unit and was assembled at Suzuki’s factory in Manesar, Gurugram.

Apart from the paint schemes, the Busa is virtually unchanged. The bike continues to be propelled via the very same character-rich 1340cc in-line 4 cylinder, fuel injected, liquid cooled dual overhead camshaft equipped motor which puts out an amazing 197 hp and 155 Nm of torque at the crank. The engine is a mated to a smooth shifting 6 speed gearbox. The bike also gets power modes to handle all the 197 horses and also ABS equipped brakes for safety. The new Hayabusa is available at certified Suzuki dealerships across India for a price of INR 13,87,623 ex-showroom Delhi. A completely updated version of the Busa is in the works, but as such there is no concrete news of its release.